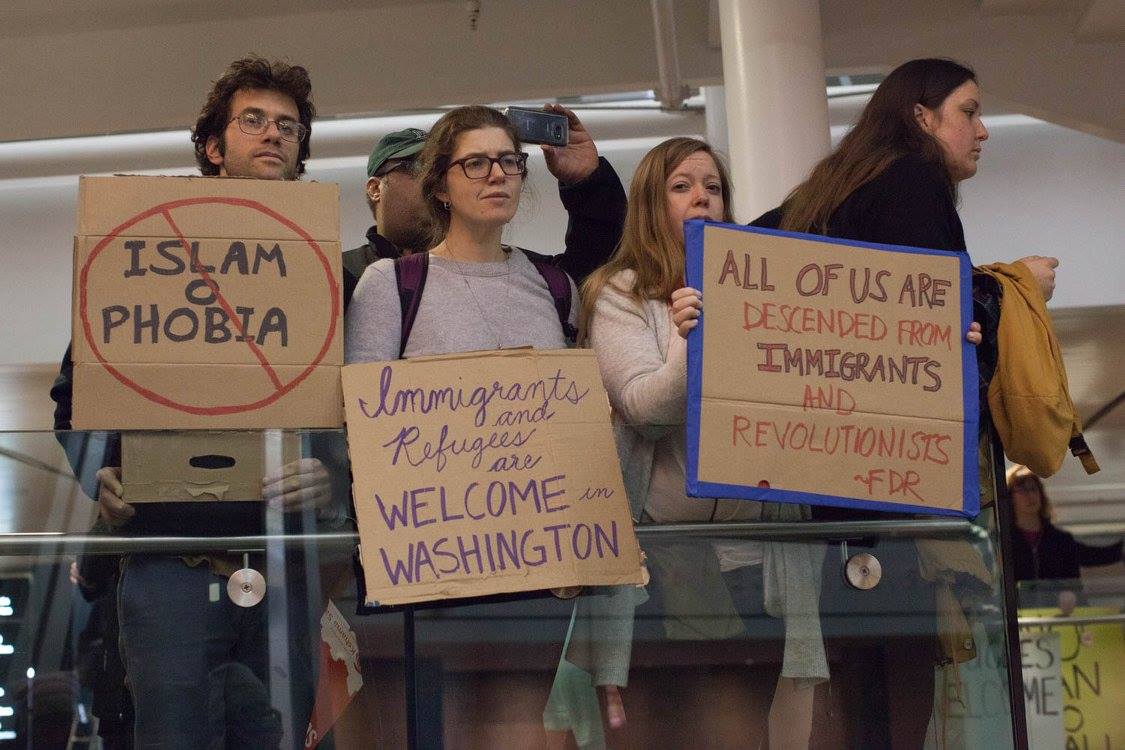 It’s International Human Rights Day and Ethel Branch, the Attorney General for the Navajo Nation, introduces herself to a Seattle audience with a string of admonishments as she commends Seattle for always being a leader for progress and human rights.

I, not so thrilled with Seattle’s brand of progress, feel my left eye start to twitch as I am asked to introduce myself. A twinge of guilt settles in the pit of my stomach. I can hear my grandmother in my head reminding me, “If you can’t say something nice, don’t say anything at all.”

The rest of the nation seems to be surpassing us in progress. Seattle needs a reality check.

When it comes to progress, this city is at best stagnant and at worst has taken steps back. Yes, we elected our first female mayor in 91 years. Sure, the Seattle City Council is mostly composed of women. But direct me to one representative, other than Councilmember Kshama Sawant, who is not a status quo neo-liberal democrat. You cannot.

Our local government, both city and county, fails to diversify based on race and economics. While there are almost no black (low to moderate income) elected officials in our city and county government, we make up a huge portion of the people and families routinely in contact with the King County criminal legal system.

As other parts of the nation do more than diversify based on binary gender concepts, we pat ourselves on the back for electing our first openly lesbian (wealthy, white) mayor because that is all the “progress” we have to celebrate.

In this last election we did not do anything radical or transformative. By radical, I mean electing officials who will “get to the root causes” of the serious issues facing our city. Not to say some of them do not intend to try to make radical shifts, but, honestly, it takes more than a few good (white) women to change a system that has been dominated by wealthy white men for a very long time.

Yes, we elected Teresa Mosqueda, but history teaches us that one or two people of color can be a recipe for status quo reforms — even incredible women of color. What I mean is that unless Councilmember Mosqueda serves her tenure like she cares more about marginalized peoples than re-election, we will likely see more business as usual. This is not her fault. This is the system we have perpetuated.

Seattle, we are not as progressive we think.

I ask you to look at the harsh critiques leveled at of women of color in elected office like Councilmember Sawant — then tell me I am wrong. Such crude (and often sexist and racist) critiques coupled with constant uphill struggles makes progress even more difficult to achieve.

Just think about how the uphill struggle is even more extreme in a nation where the supposed Commander-in-Chief, allegedly elected by the people for the people, is a bigot who despises most of who we are and what we stand for as black and brown women from marginalized communities. Everyday I wonder, “What’s next?”

The onslaught of unjust executive orders, “tax reform,” Twitter tantrums and bigotry has me assessing which of my neighbors are friends who will be there if/when we need support and protection, and which are foes who will either actively participate, or remain complacently silent, as injustice claims more black lives. I also wonder who might be in a less privileged position than I and, therefore, is also sizing up their neighbors to determine who they can depend on for support when they can’t tread water any longer.

The truth of the matter is this: I hesitate to even write this piece. Someone will inevitably read it and say, “It’s not that bad. Nikkita Oliver is just a race baiter. Why is anyone even listening to her?”

If I were a white woman, I’d be rewarded and applauded for even mentioning race as an issue. (Just look at our last mayoral election!) As a white woman or man, it is a bonus when you stand up for justice, when you do the right thing. White people, especially wealthy white people, can remain silent and will most likely be just fine — maybe even better than fine. That is the benefit of white privilege (and wealth).

As a black mixed woman, I never had the choice to remain silent and still thrive. For me, and other black and brown peoples, either we speak up and take the blow back or we remain silent and maybe just get by. But I am tired of maybe just getting by. I want my babies to grow up in a world where they are judged for the content of their character and not the color of their skin, but that world does not exist yet. And we are responsible for building it.

Rev. Dr. Martin Luther King, Jr. said, “In the end, we will not remember the words of our enemies, but rather the silence of our friends.” Seattle will continue on its path of faux progressiveness so long as the good white people remain silent as people of color are pushed from our homes and locked out of development and the political process. It is the voices of people of color that will set us free, but it is the deafening silence (and push back when they do speak) of the good comfortable progressive white people that keeps us from moving forward as a city.

Attorney General Branch’s comments reminded me that Seattle has a history of doing the right thing and being progressive. And while I do not think that is us now, it has been us before and it can be us again. As other parts of the nation make strides forward, so must we.

All of the reasons I agreed to run for mayor still exist. We are still in a state of emergency around homelessness, the affordability crisis seems worse everyday, our schools are struggling, hate crimes against queer and trans people have not stopped, and the criminal legal system is bursting at the seams with over-policed and over-criminalized black and brown people and families.

Seattle, if we want to be truly progressive it is on us, including all the good white people, to make it happen. Make no mistake: it is not easy, but it is worth it.

Some of y’all showed up at the airport when the “Muslim Ban” went into effect. It was not easy, but it was worth it. You dropped everything you were doing to show up for your neighbors.

That is what progress calls for: the willingness to drop everything and show up for our neighbors. Some of us need to drop some privilege and pick up some slack. That, on a personal level, is our first serious step towards progress.