How breastfeeding led to another lawsuit from a Seattle police captain 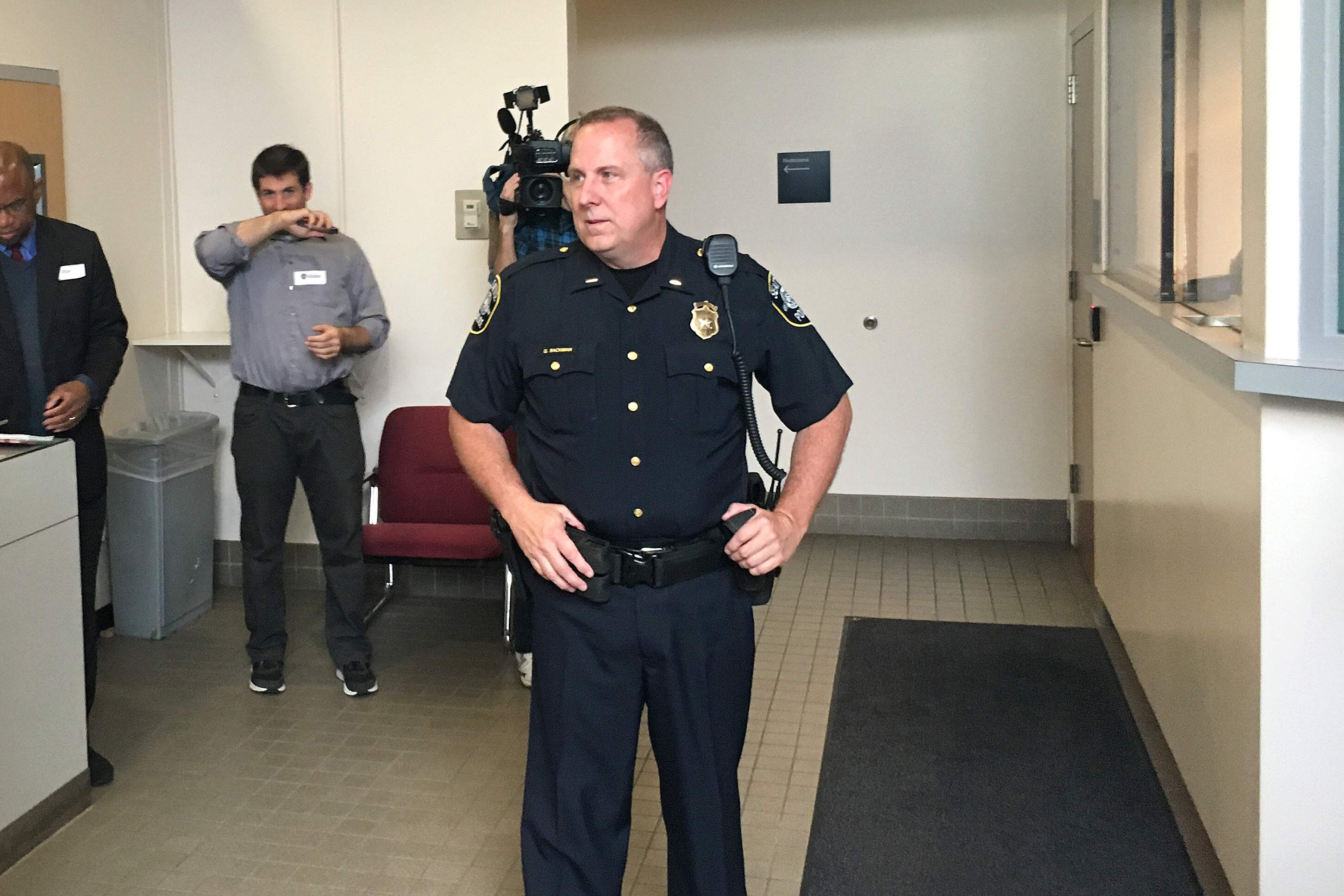 The city tried to settle the lawsuit quickly and quietly, but the police veteran who brought the case turned the offer down. Now Seattle is somewhere it would prefer not to be: facing another retaliation lawsuit from within its police department. This time, the case involves a woman who believes she was discriminated against for pumping breast milk; a then-lieutenant who offered her help; and a captain who is accused of blocking his promotion for doing so.

Captain Greg Sackman, a 20-plus-year veteran, filed the suit. Without a settlement, the case is set to go to trial Feb. 5 in King County Superior Court.

It will be the second time the Seattle Police Department's internal tensions will be aired publicly since a 2016 retaliation lawsuit against Chief Kathleen O’Toole ended in a $2.8 million verdict against the City.

Both cases offer a look inside a police department that’s often painted as monolithic but is, in fact, marred by politics, drama and discontent that can be found in any large organization.

And while the alleged incident occurred several years ago, the resolution of the case arrives at a time when the treatment of women in the workplace is being scrutinized at an all-time high.

The case started in 2014. Sackman was then a lieutenant in the city's North Precinct and Tami Domico had been working as an administrative assistant in the precinct for seven years.

According to the claim, Domico complained to Sackman that she was experiencing "hostility and discrimination. . .due to her recent pregnancy" from her then-Captain David Emerick.

Sackman suggested she be reclassified to a different position, which he apparently believed would help her get out from a hostile work environment, according to the claim.

Emerick — Domico's boss — was away on vacation, but when he returned to the precinct he became angry, according to court documents. He allegedly called Domico “lazy” and criticized her for “spending time pumping breast milk, among other things.”

Using breastfeeding as a reason to not promote someone is illegal. Under the Fair Labor Standards Act, “Any employee who is breastfeeding her child shall be provided paid breaks to express breast milk for her nursing child each time the employee has such a need, for up to one year after the child’s birth. Such lactation breaks must be of reasonable length and frequency.”

Domico told Sackman she felt she was being discriminated against and told Sackman she planned to file an Equal Employment Opportunity complaint against Emerick. Sackman, according to court documents, said he felt “duty bound” to be a witness on Domico's behalf.

Domico's discrimination complaint was upheld in 2015, according to court documents. "The EEO investigation specifically lauded Sackman for having been the only member of management to seek a solution by suggesting the job reclassification to help Ms. Domico," Sackman's lawyer, Alex Higgins, wrote in court documents.

Sackman, according to his claim, says Capt. Emerick repeatedly retaliated against him because he supported Domico and her discrimination suit. He also began losing out on meaningful assignments and chances to serve in leadership positions, he says.

Most salient, when a promotion opportunity became available, Sackman alleges he was intentionally passed over, despite ranking fourth in his civil service exams. In recent court filings, Sackman also adds that he believes his status as an Army veteran is being used against him.

Sackman has something of his own personnel history. In 2007, the City awarded $185,000 to a man whom Sackman had arrested, punching and kicking him as he did. He avoided discipline only because the 180-day statute of limitations had expired.

The City Attorney’s Office would not comment on pending litigation. But in its court filing, the City denied Sackman's accusations. “The City undertook all employment actions at issue for legitimate, non-retaliatory reasons,” it reads.

Sackman was later promoted to Captain of the North Precinct. (Among his duties: tours to a small group of activists and journalists.)

Both Domico and Emerick, the captain, continue to work in the department.

Going to trial is a risk for Seattle. In 2016, the City faced — and lost — what appeared to have been a winnable case in court. A sergeant and captain argued retaliation for complaining about overtime distribution. The City believed it had proof both employees had made racist comments and fostered a hostile work environment. But a jury ruled in favor of the plaintiffs and ordered the City to pay nearly $3 million. City Attorney Pete Holmes has since fired the private counsel who lost that case, which is being appealed.

As O'Toole prepares to depart her post, that 2016 jury verdict is a stain on her largely celebrated tenure as police chief.

In the Sackman case, his lawyer, Higgins, argues that the department woke up to his retaliation claims following that 2016 case, promoting him to Captain in order to protect the city. "In December 2016, [Sackman] was finally promoted to Captain — into a largely redundant position, which we believe is a litigation defense strategy," reads one court filing.

With that $3 million verdict still lingering in the minds of city officials, the City has tried to settle the Sackman case, according to several police department sources. Lawyer Higgins declined to specify the proposed settlement amount. But sources told Crosscut it was believed to be between $100,000 and $150,000 and that it included that Sackman retire from the department.

But Sackman rejected the settlement, sources said. In a letter filed in court, Sackman's attorney points to other similar cases in King County where plaintiffs were awarded up to $260,000 for emotional distress. "The City faces substantial liability in this case," Higgins wrote.

Higgins declined to be interviewed for this story.

Although Sackman’s complaint is against the City of Seattle and doesn't specifically name O’Toole, promotions ultimately come from the top and O'Toole, therefore, finds herself caught up in the case.

Sackman's lawyer, Higgins, in court documents, argues failure on the part of the Chief. "Despite Lt. Sackman's attempt to discuss the retaliation with the Chief of Police O'Toole, Deputy Chief Carmen Best, and Assistant Chief Steve Wilske, the SPD has failed to articulate a satisfactory explanation as to why he is the only highly-ranked lieutenant who has not been promoted over the last three years."

In a text message, O'Toole said she had "lots to say" on the case, but that her lawyers had asked her not to comment.

Barring a new settlement, Sackman's case will go to trial after O'Toole has left her position and Deputy Chief Carmen Best has taken over the reins as interim chief on Jan. 1.