Some shifts ahead for Seattle's cultural landscape 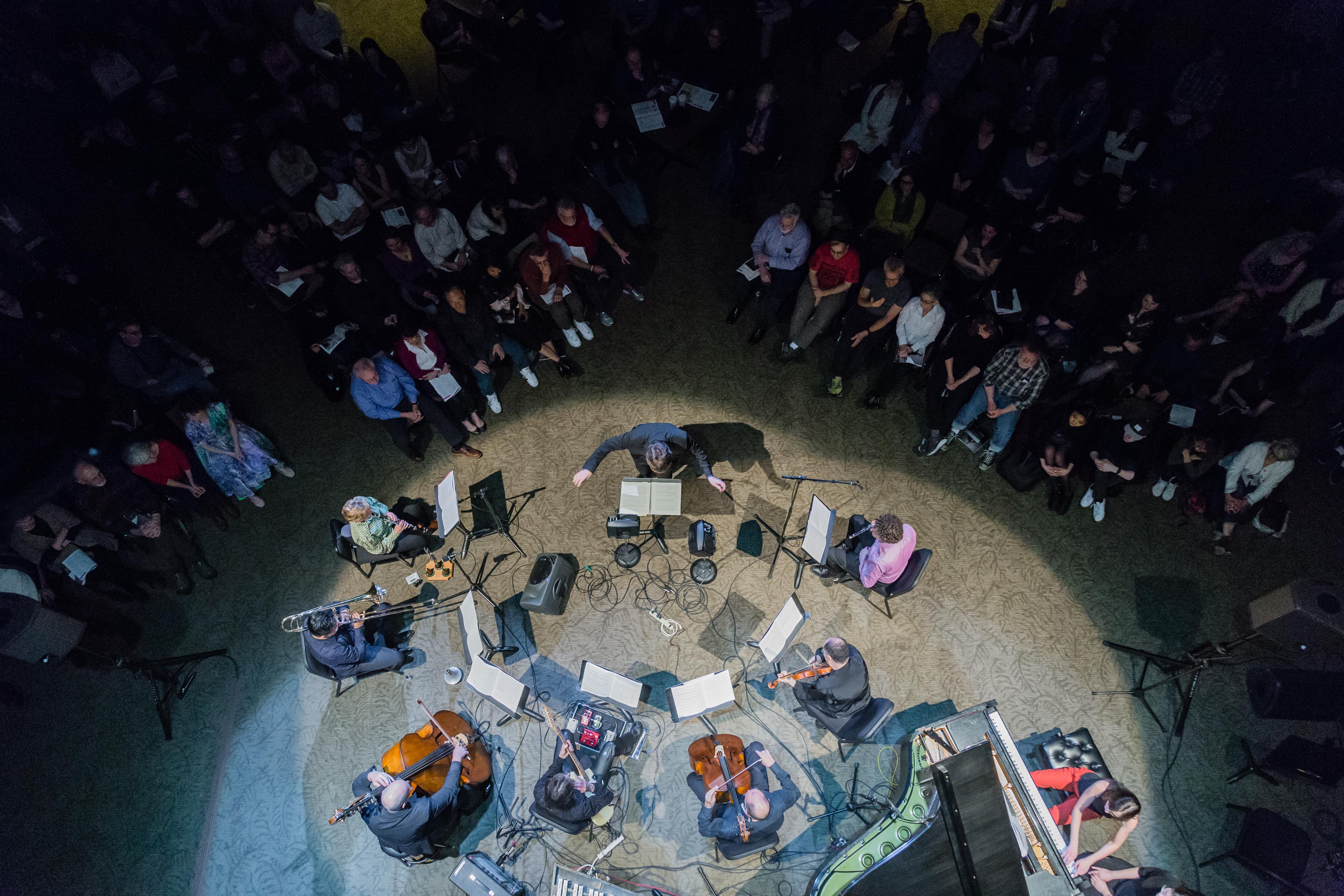 As the year turns there are changes ahead for some of Seattle’s most established cultural fixtures. Whether they will result in major shifts (or light revisions) of these prominent arts institutions is not fully known as new leadership takes over.

Here is a handy guide to some noteworthy exits and entrances of cultural execs:

Though his official departure is in 2019, we are likely to get a good look at his successor this year who is no stranger to the symphony. Thomas Dausgaard, a Dane who is currently musical director of the Scottish Symphony Orchestra and the Swedish Chamber Orchestra, first conducted at SSO in 2003. In 2014 Dane was appointed the orchestra’s principal guest conductor. 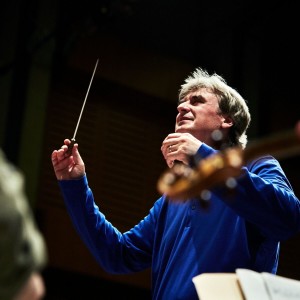 What can we expect from Dausgaard when he officially takes the helm? Likely more Scandinavian music. (He won plaudits here conducting in an SSO festival of works by the Finnish composer Sibelius.) Also, there’s Dausgaard’s good relations with SSO musicians and his lively, engaging personality at the podium. And one expects a continuation of the organization’s successful attempts to reach out to young music lovers via a popular late-night concert series instituted by Morlot as well as commissions for new works by modern composers.

But the new maestro’s direction will also depend on who serves as his administrative partner. President and chief executive Officer Simon Woods is leaving to manage the Los Angeles Philharmonic, and a search for the new SSO honcho is underway.

5th Avenue Theatre.  This landmark showplace for musicals got a genuine impresario and a class act when David Armstrong was hired to guide it 18 years ago. Since then the decorous 5th Avenue has raised its national profile considerably as Armstrong and company have mounted new shows that went on to Broadway success – first and foremost “Hairspray,” followed later by “Memphis,” “Aladdin,” and “A Christmas Story” and a workshop version of the current Times Square hit, “Come From Away.”

There were other transfers that didn’t do as well (including “Catch Me if You Can” and “Shrek”) but that’s showbiz. And on the great roulette wheel that is Broadway theater, Armstrong was willing to gamble and risk.  He made A-list theater artists and producers welcome to develop and premiere fresh works in a try-out town that’s as far as you can get in the Lower 48 from Broadway’s bright lights.

Just as meaningful to Seattle, Armstrong cultivated, encouraged and employed many local musical theater talents onstage and backstage.  He introduced a new generation of patrons to modern shows and those from Broadway’s golden era (from “Oklahoma!” to “Hair”). And he created an award program for high school musical theater.

Armstrong’s stewardship of the ornate 1926 theater itself was exemplary. He and his board raised the money for and implemented major renovations of the extraordinary downtown venue without forsaking any of its luster and character.

Armstrong is moving on to concentrate more on developing, writing and directing projects.   But he’ll be consulting with his longtime 5th Avenue associate (and husband) Bill Berry, who will take the reins as producing artistic director, and with veteran 5th Avenue manager Bernadine “Bernie” Griffin.

Intiman Theatre. During Andrew Russell’s eventful six-year tenure as artistic head and producer of Intiman, he managed to rescue it from near-bankruptcy and transform its mission from a more traditional drama company (founded in 1972) to a roving politically-charged troupe with a multicultural bent.

One can anticipate a continuation of the mission by Russell’s successor Jennifer Zeyl. An award-winning, well-loved Seattle designer of sets and costumes for nearly 20 years, and a longtime Intiman staffer, Zeyl said in an interview on the company’s website that she and new executive director Phillip Chavira will extend Russell’s practice of naming a “co-curator” of color to help guide each season. (For 2018 that person will be theater artist-producer KJ Sanchez.)

“We will hold underrepresented stories to the light, look at issues of identity, race, visibility, gender, coming-of-age, microaggression and an allegory on colonization,” Zeyl emphasized. “All of this while centering new artists, unlikely combinations and lived true stories, reminding our audiences and artists alike that we are what makes America great.”

Village Theatre. A hefty number of Eastsiders would rather forgo bridge-and-tunnel traffic to Seattle and get their fix of glossy stage musicals at this spiffy Issaquah showplace — where a Broadway regular will soon take charge.

What was a fairly modest community operation has grown over 25 years of guidance by artistic director Steve Tomkins and executive producer Robb Hunt into (by far) the largest professional theater company on the Eastside and in Everett, where Village’s shows are presented at its satellite facility, the Everett Performing Arts Center.

Soon Jerry Dixon, a veteran New York director and actor, will take the artistic reins for the 2017-18 season and beyond. Dixon also is something of a known quantity here, after staging memorable Village versions of “The Full Monty” and “Show Boat.”

Part of the Village’s thrust has been workshopping and premiering musicals, but its mainstage seasons have been dominated by Broadway classics and well-known recent hits. Dixon wants to inject more risk and modernity by forgoing some of the old chestnuts (musical and dramatic) and unveiling additional new and contemporary material. He also wants to draw more national attention to the Village, and given his extensive Broadway theater contacts, the plan could work.

“Village Theatre has the ability and the infrastructure to do [new work] well,” Dixon told The Seattle Times. “They have every step of the way of development. Now what they need is an ambassador to tell the world what they do so well.”

On the Boards. This lower Queen Anne hub is a crucial venue for experimental drama, dance and music. And it has prospered under the 15-year guidance of vigorous, well-traveled artistic chief Lane Czaplinski, who recently departed to head up the larger Wexner Center for the Arts in Columbus, Ohio.

Now OTB is ushering in a new-to-Seattle leader with a background in the avant-garde world: Rachel Cook, former curator for Houston’s multidisciplinary arts space DiverseWorks, and a fellow for the International Studio & Curatorial Program in New York.

Unlike some of the other incoming cultural brass here, Cook hasn’t spent much time in Seattle. It is unclear whether she will continue all of OTB’s current programs, and her predecessor’s focus on importing exciting new works from Latin America, Europe and Asia, as well as nurturing home-grown offerings in the annual NW New Works Festival.

So it’s wait-and-see time as Cook (working in tandem with OTB executive director Betsey Brock) familiarizes herself with the art and artists of the region and gradually puts her own stamp on the venue.

Seattle Repertory Theatre will bid adieu to associate artistic Marya Sea Kaminski, who has been appointed artistic chief of Pittsburgh Public Theatre. A hard-working and ingratiating actor-writer-director, Kaminski was a co-founder (like Zeyl) of Washington Ensemble Theatre, and most recently staged Rep’s ambitious community production of “The Odyssey.” No word yet if she will be replaced at Seattle Rep, or by whom.

New Century Theatre Company, a drama collective of leading Seattle theater artists, announced this fall it has ceased producing. The bad news is that we’ll miss the creative rigor of this group (strongly exhibited over 10 years, in such shows as “The Adding Machine,” “Festen” and “The Flick”). The good news is that these prime actors, directors and designers are working all over town, and bringing their sharp skills and lively sensibilities along with them.