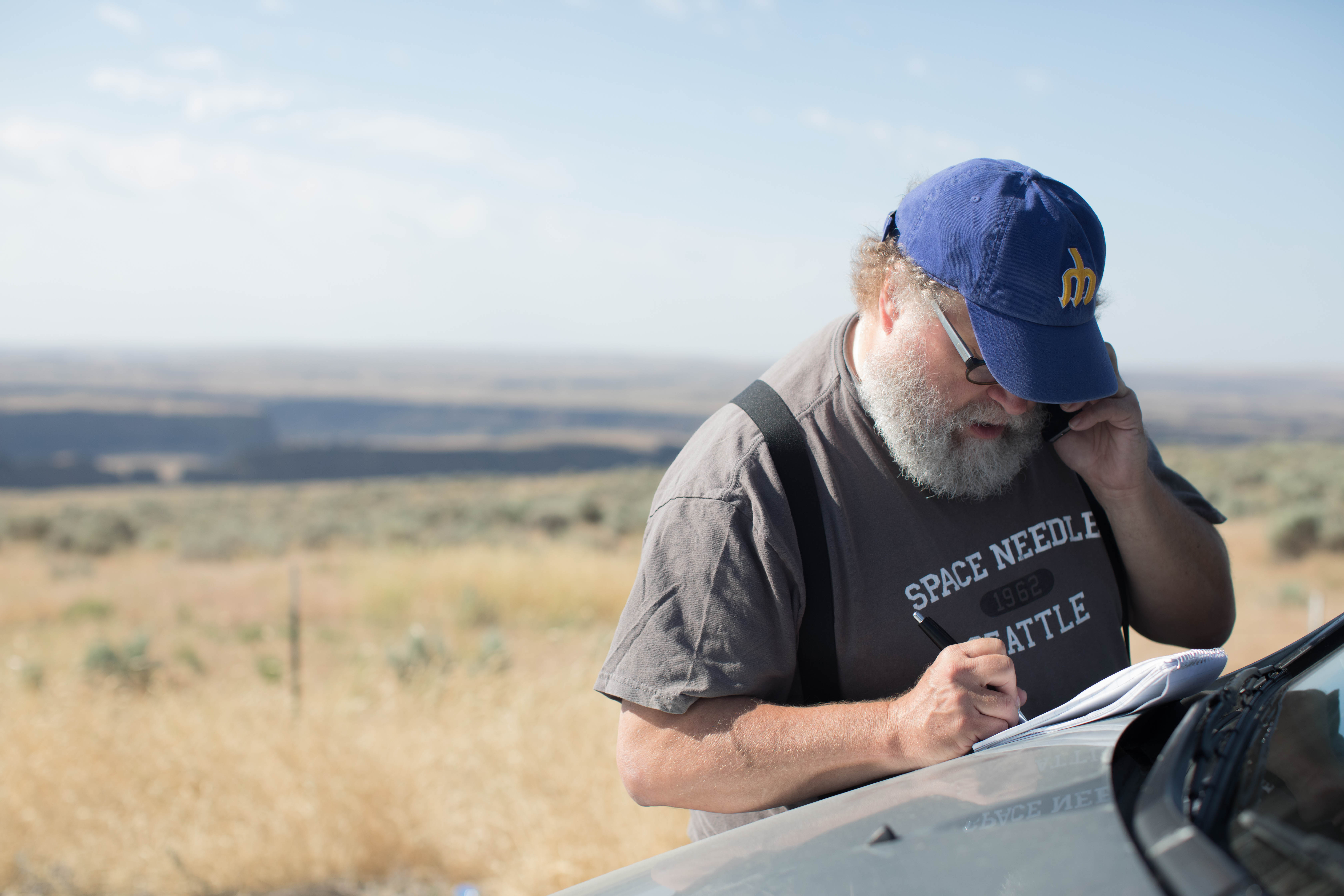 Knute Berger makes a phone call and takes some notes along Highway 2 in eastern Washington.

You can’t do better if you won’t look at your own shortcomings honestly.

From history to education, there is a lot of talk about the importance of critical self-reflection in learning lessons, making societal and personal improvements, and having meaningful discussions with those who have differing views. Crosscut’s Knute Berger may be the personification of a lifelong Seattleite: He knows Seattle’s history, loves the rain (go figure), and he’s shared many of the city’s passions, like disliking Republican presidents of the 21st century.

In the decade of Crosscut’s existence, we’ve never stopped calling him “Mossback” for his damp-side-of-the-Cascades persona.

But he also cares about the rest of the state and what people think. And he doesn’t hesitate to criticize his beloved hometown for its center-of-the-universe self-regard.

For us, that ability to look at Seattle’s weak spots seemed to be at its strongest this past year. And we like to think that we — and the city — might be learning something from this collective criticism. And since he is so much a part of the city, it’s a healthy self-criticism. Read our picks of his best columns of 2017 and see if your agree.

Seattle: Lose Your Ego, Get an Ambassador

Hey hey, ho ho, has that Lenin statue got to go?

Mossback in the Wild West: celluloid and a concentration camp

Our dishonorable past: KKK’s Western roots date to 1868

The summer of 1970: When Seattle erupted

How to deal with fascists — lessons from history