The value of Bears Ears is cultural 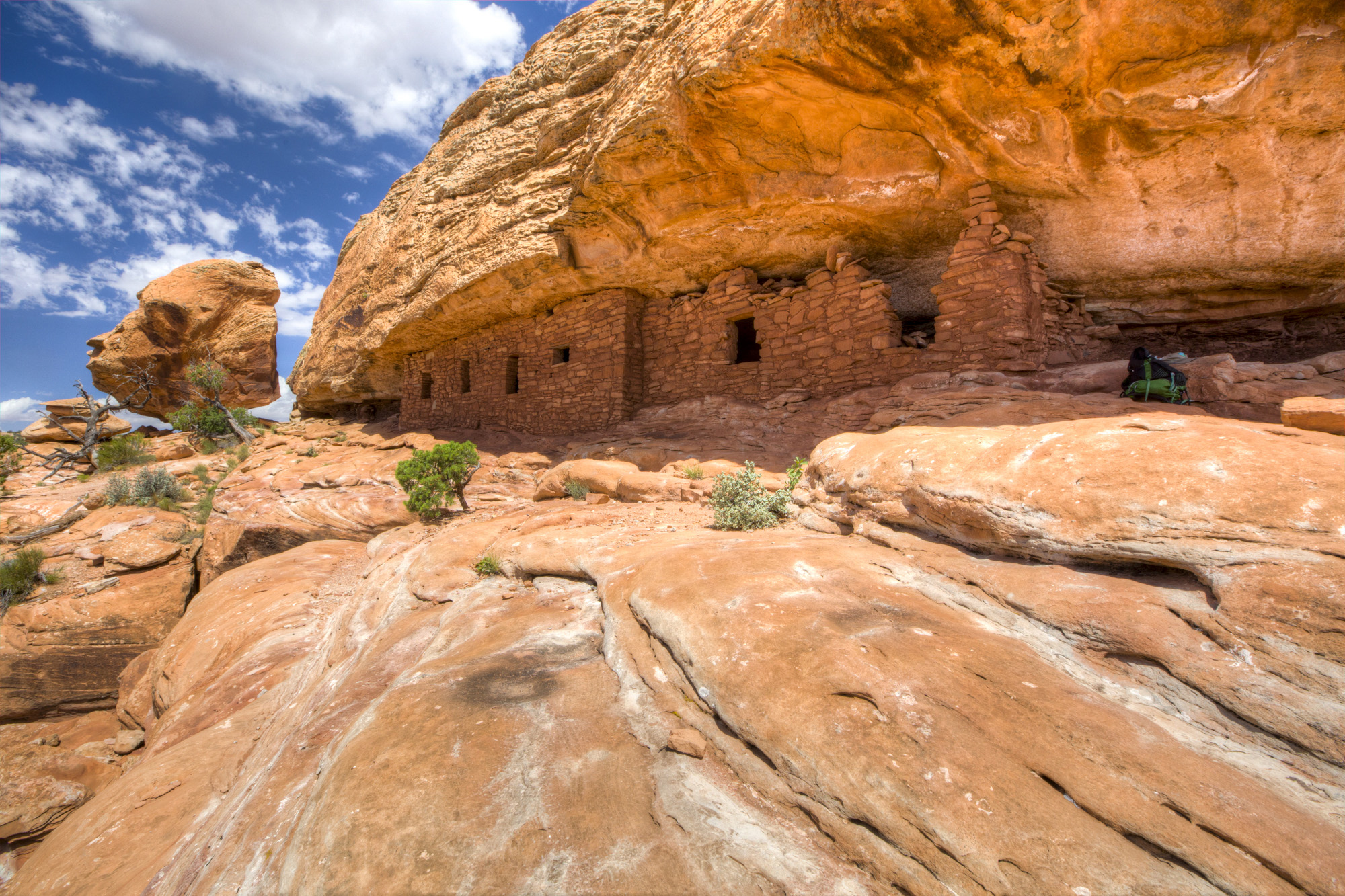 The Citadel Ruins are the remains of Anasazi cliff dwellings in the Bears Ears National Monument in Utah.

When five Indigenous nations (Navajo Nation, Ute Mountain Ute, Ute Tribe, Hopi and Zuni) wrote the Bears Ears National Monument proposal in 2016, they included for themselves — for the first time — a seat at the table on energy resource decisions regarding this 1.3 million-acre parcel of land in Southeast Utah.

Such oversight is unusual in the United States. A year ago, the Standing Rock Sioux tribe’s mere request for consultation on the Dakota Access pipeline was met with what looked like military force by the state of North Dakota. And despite a ten-month standoff and court challenges by the tribe citing the Fort Laramie treaties, oil runs through the pipeline today.

Earlier this month, after President Donald Trump announced the 85 percent reduction of Bears Ears, Interior Secretary Ryan Zinke went on Fox Business Network. On camera, in a split-screen with footage of blazing California fires that looked like a scene from hell, Zinke gave an Orwellian explanation of the administration’s decision: “Public land is for public use, not special interests.”

All of this is not new. Defining the “public” interest as corporate interests goes back to the colonial roots of this country.

Early colonists at Jamestown in the early 1600s were under pressure not only to survive but to deliver a profit to their investors in London. The colony of Virginia began as the Virginia Company, a joint-stock company that was given governmental powers by the Crown.

But most Americans are unaware of the corporate origins of their own country. In 2013, while covering the Keystone XL pipeline, South Dakota and Nebraska farmers, mostly Republican, told me they were shocked that the federal government had given a corporation (TransCanada) governmental powers of eminent domain over their private property. The for-profit pipeline, owned by a foreign company, had been defined as being in the national interests of the United States.

Contrast this to my mother’s people, the Navajo — or Diné, as we call ourselves (Diné means ‘the People’) — whose origin story is of our emergence from the previous world into this one, not far from Bears Ears. At the emergence site, we were met by the Holy People (Díyín diné’é) and given songs to use in prayer and ceremony to keep us in ‘Hozho', in harmony with the world around us — our Mother.

“Our medicine people, when they go and get something for a ceremony, they go over there and they'll either talk to the plant or whatever they are going to use. (If) they are going to cut it they always put corn pollen on it. They put it back together,” Jonah Yellowman, spiritual advisor to the Utah Diné Bikeyah, explained to me. “We just don't dig it out and make a big hole and just leave it. We don't do that. . . .If you take care of it and look after it it's going to take care of you. You're going to get healed from it and you're going to heal the land.”

Traditional Indigenous cultures are living embodiments of a different sort of wealth than mining. They represent cultural wealth that can only be passed down in our traditional communities and grows out of specific relationships to our Mother (Nahasdzáán).

English colonists in the 18th century, inspired by traditional Indigenous cultures, adopted our democratic systems of government. In 1988, Congress formally recognized and thanked the Iroquois Confederacy for its role in inspiring the Republic of the United States.

In the 19th century, Elizabeth Cady Stanton and Matilda Joslyn Gage were inspired to hold the first women’s rights conference after observing Seneca women (the Seneca are one of the six nations of the Iroquois Confederacy). Gage described how Iroquois women held power, owned property and chose the male leaders. “Never was justice more perfect; never was civilization higher,” Gage wrote in The New York Evening Post in 1875.

Such cross-cultural sharing that has defined America and changed the world has, without exaggeration, made the lives of billions of people better. What is the dollar value of that? Is that not energy domination of a different sort? It is more lasting and beneficial — an energy of ideas that grows out of our connection to the land.

And we should be guaranteed our seat at the table when it comes to protecting Bears Ears. This is why Indigenous tribes are suing Trump. This is why the monument needs to be protected.