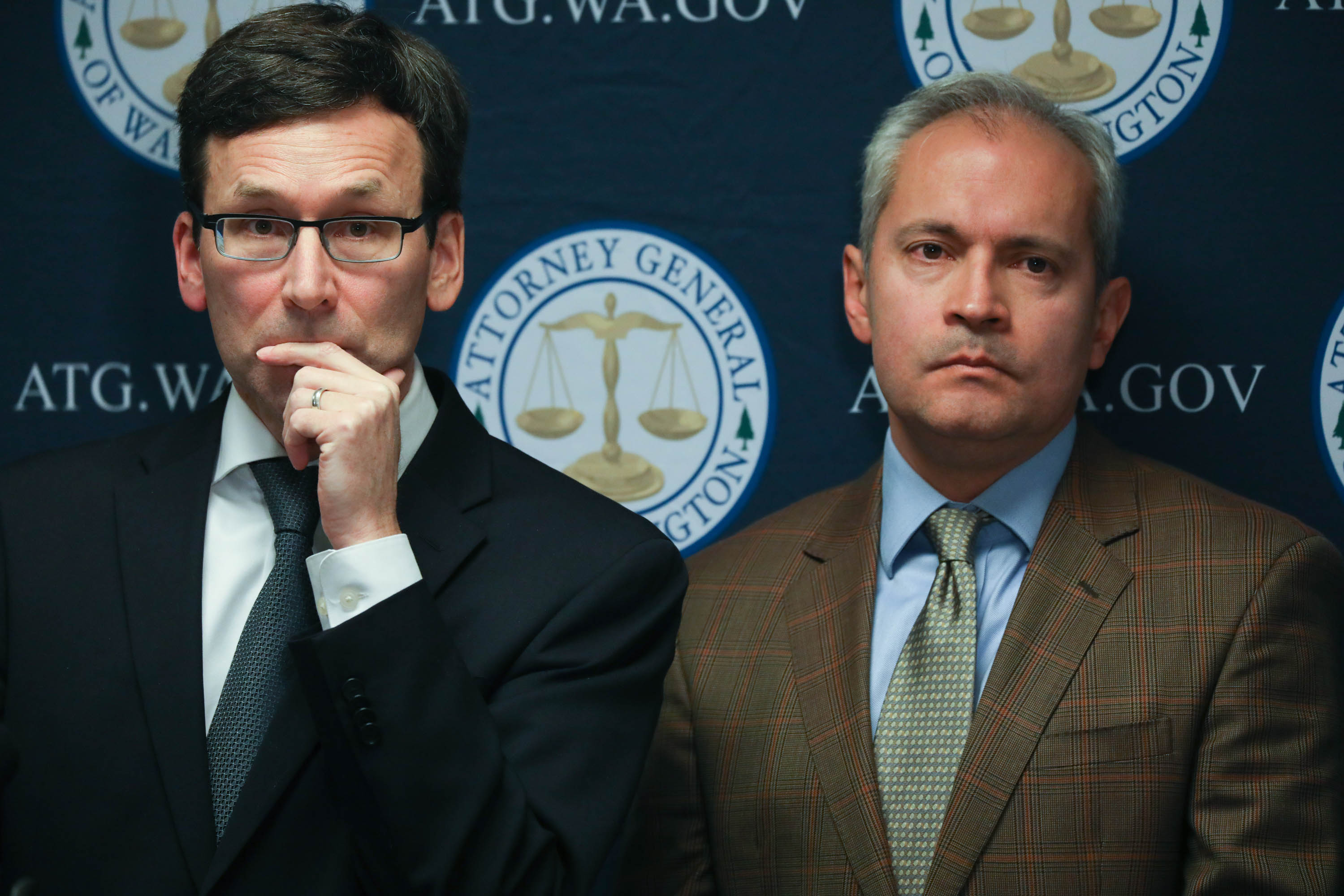 Washington Attorney General Bob Ferguson announced on Wednesday a lawsuit against the national hotel chain Motel 6 after it admitted that, for a period of at least two years, it voluntarily provided U.S. Immigration and Customs Enforcement agents with guests’ private information. In all, Motel 6 disclosed the personal information of more than 9,000 guests in Washington state.

“Motel 6’s actions are disturbing,” Ferguson said at a press conference in downtown Seattle. “Where we sleep at night is private.”

Ferguson said as a consequence of the hotel’s practices, Immigration and Customs Enforcement (ICE) had detained at least six individuals in Washington state. Ferguson made it clear, however, that his office is still in the process of investigating the extent of the hotel’s cooperation with ICE and that the number of individuals affected would likely increase.

Motel 6 trained new employees on how to provide ICE agents with the names of their guests to ICE without requiring agents to produce a warrant, Ferguson said. At a South Everett location, for example, ICE agents visited the motels early in the morning or late at night. Agents then requested the day’s guest list, circled any Latino-sounding names and returned to their vehicles. According to a press release, "on at least one occasion, ICE later returned to the motel and detained at least one individual."

“I spend a lot of time contemplating what could have possibly possessed Motel 6,” Ferguson said. The hotel's actions are “deeply disturbing to me as an individual.”

“Motel 6 will be held accountable for their outrageous conduct.”

The Attorney General’s Office began to investigate Motel 6 after news reports in September revealed that two of the hotel’s locations in Arizona had voluntarily provided guests’ personal information to ICE without a warrant, leading to the detention of at least 20 people in that state.

At the time, the hotel chain had claimed those incidents were isolated and that the practice of providing guest information to ICE was “implemented at the local level without the knowledge of senior management.”

In a statement, Motel 6 said in September it had “issued a directive to every one of our more than 1,400 locations, making it clear that they are prohibited from voluntarily providing daily guests lists to Immigration and Customs Enforcement (ICE).”

“Motel 6 takes this matter very seriously, and we have and will continue to fully cooperate with the Office of the State Attorney General,” the statement read.

Assistant Attorney General Mitchell Reise said Motel 6 told him it had provided ICE with information because the hotel chain had a tradition of cooperating with law enforcement.

Ferguson argues Motel 6 violated its own privacy policy as it assured customers it would protect personal information such as driver’s license numbers, license plate numbers and dates of birth. The Attorney General’s Office argues the release of this information constitutes a deceptive business practice and violates the Consumer Protection Act.

Ferguson also asserts that Motel 6 knew that ICE used its guest lists to “target customers based on national origin, including customers with Latino-sounding names,” which violates the Washington Law Against Discrimination.

According to the Attorney General’s Office, Motel 6 has more than 1,200 locations across North America. The company owns and operates 26 locations in Washington, including both company-owned and franchise-owned motels. All six locations mentioned in the lawsuit, which was filed in King County Superior Court, are corporate-owned motels.