Can Trump really do that? UW profs look at presidential power 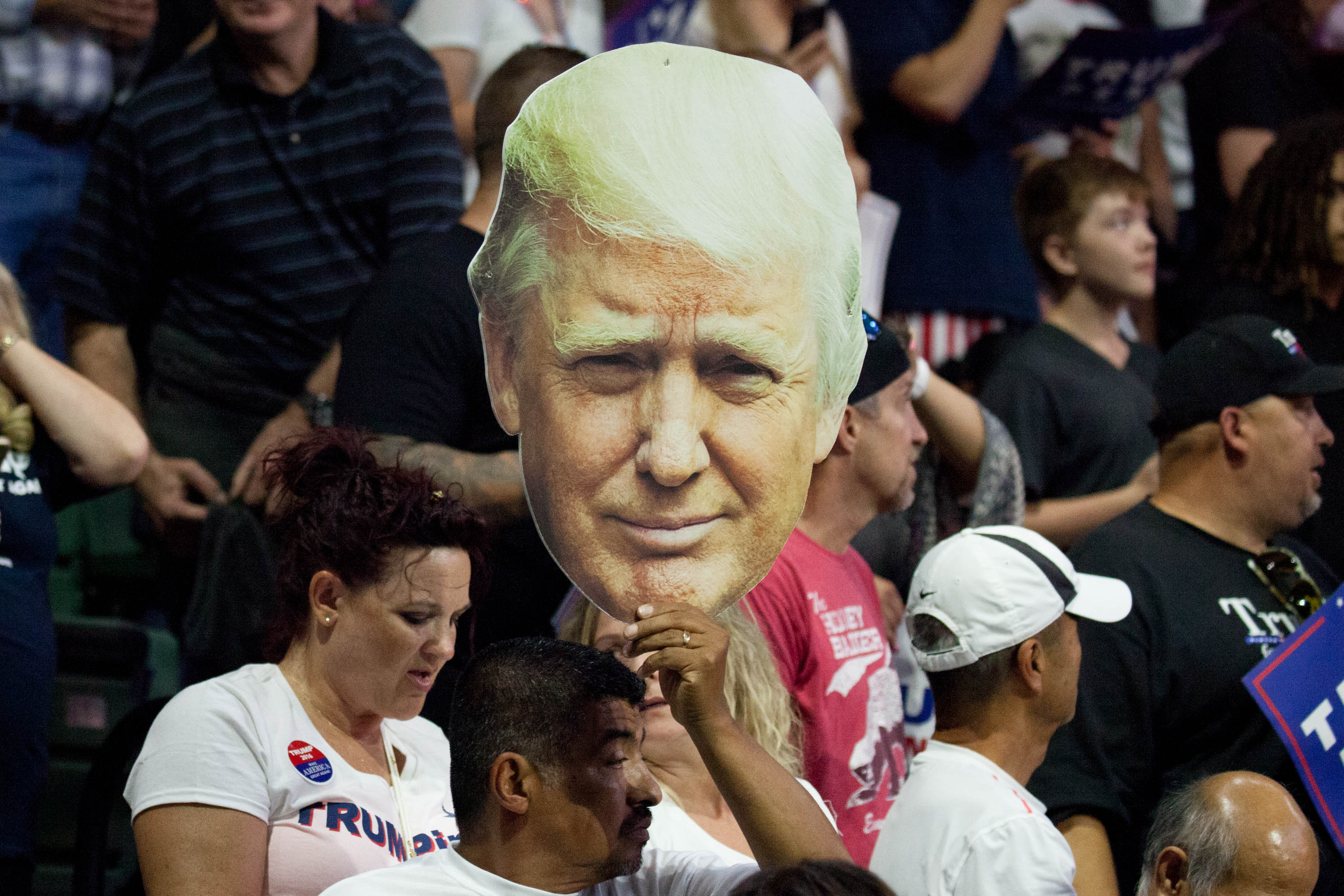 As the New York Times reports, President Donald Trump demanded last June that special counsel Robert Mueller — thick in the weeds of the Russia obstruction investigation — be given the heave-ho. According to the Times, White House Counsel Donald McGahn II said nay, that he would opt to resign rather than pass along Trump’s sack order to the Department of Justice. The president subsequently cooled down, and constitutional bedlam was averted.

In the private sphere, Trump’s "you’re fired" fiat would be unremarkable. But the latest news illustrates the limits of presidential power: There are executive-branch checks, and Trump must abide.

Responding to the post-election groundswell of interest in presidential authority, two University of Washington law professors, Kathryn Watts and Lisa Manheim — both former clerks to U.S. Supreme Court justices — have written an authoritative citizen’s guide: “The Limits of Presidential Power.” It’s a non-wonky, relevant and engaging primer, threaded with heavy-lift concepts such as the Administrative Procedure Act. And it also offers tangible examples like climate change, where the new administration has experienced the weight of local, state and judicial pushback.

And where better to examine the new normal of the executive branch than the Pacific Northwest? Washington state throws light on the limits of executive power — from litigating the travel ban, to challenging environmental rollbacks, to arguing against the Federal Communications Commission’s net neutrality repeal.

The West also gives expression to the curiosity of “states’ rights” as a progressive anthem, once code for 1960s’ racist pushback in the American South. Today it’s about building a “blue wall” against challenges to environmental, civil and immigrant rights. Liberals, it seems, suddenly adore the 10th Amendment.

We live in interesting times. At least in some minds, Trump may be the kind of hydra-headed executive James Madison had in mind when he warned in Federalist No. 51, “if men were angels, no government would be necessary.”

As Watts observes: “He’s just one piece of a very big governmental system and our legal system does not make him all-powerful. The people who founded our country were afraid of tyranny and they created a system that divided up power and purposely created friction between all of the different actors that would be sharing power, and friction in their mind is a sign of good government.”

Earlier this week, Crosscut sat down with co-author Kathryn Watts. Watts and Manheim also will appear at Folio on Thursday, Feb. 1. This is an edited version of the conversation.

I assume Donald Trump was the impetus for writing this. When did you decide to collaborate with your UW faculty colleague to produce this book and how long did it take you?

We started collaborating last winter. The impetus for writing it really flowed from the fact that, in the wake of the election, we had a lot of questions coming up from our law students and from many members of the public outside of the law school, from journalists across the country, from members of the community who had questions about presidential power. They started turning to the law school as a resource, wanting to learn more. One of the things we did at the law school in response was to put on a new course on executive power. I co-taught that course with my colleague Sanne Knudsen. That course filled to capacity with our own students, but we had lots of members of the public who asked, “Can’t I sit in?”

That made us realize that there was this hunger for more knowledge about the law outside of the law school building and outside of lawyers or lawyers-to-be. That’s when my colleague, Lisa Manheim, and I started talking about writing something like a crash course or a primer in the laws of presidential power for people who are not in law school, for people who are members of the public who want to better understand what the law allows and doesn’t allow a president to do, and what those laws mean for them as members of the public in terms of how they can be involved in government. It, however, is not a book about Trump. It is a book about presidential power more broadly.

A major takeaway of your book is embedded in its title, that the president really is limited in the scope of his powers. Of the various checks on Trump’s authority, which do you think has been most effective?

It’s hard to pick one, but the courts have certainly played a very central role this past year. For example, President Trump’s first travel ban was challenged right away in court at the beginning of his presidency and the state of Washington took the lead in that case. That’s a prime example that splashed across the news right in the beginning of his administration, and it shows the power of the courts to be able to assess the legality of presidential action.

One of the book’s more sobering takeaways was on the difficulty of applying the 25th Amendment. It’s pretty exacting, isn’t it?

So if you ask me, what is the most likely end to the Trump presidency, it’s either him being voted out of office or him being “timed out” of office, if he’s voted into another term. Because the procedures written into our Constitution involving impeachment and the 25th Amendment require so much to happen, and you’d need all sorts of political stars to align, removal via impeachment or the 25th Amendment is unlikely when judged from a purely historical perspective. We do have two presidents who were impeached by the House [Andrew Johnson and Bill Clinton] but they then weren’t convicted by the Senate. Another option could be that the threat of either of those removal tools hanging over a president’s head could prompt resignation if some major controversy did erupt. We saw that — resignation — with Nixon.

What happens if Robert Mueller’s investigation turns up evidence of something criminal, of high crimes?

So, if the Mueller investigation turns up evidence of some high crimes and misdemeanors committed by President Trump himself, then the House can go ahead and impeach, but then the Senate has to convict before the president is ousted from office. And that whole impeachment process is totally separate from criminal proceedings. Congress is not the one that has the power to bring criminal proceedings against the president or others. So, impeachment is one political route and then you have the criminal process, which is a different route, and there are legal debates over whether a sitting president could be criminally indicted. Some legal scholars say, no, criminal proceedings would not be an option while Trump is in office, that impeachment is the only option for a sitting president, not criminal indictment.

Is it all “wait and see?” Presuppose Mueller comes out with a three-part finding, including conspiracy and obstruction of justice, but the the House, still in Republican hands, decides not to impeach. If Mueller wanted to go the criminal route, can he issue an indictment?

This would be uncharted territory. And that’s one of the things about presidential power that is interesting, but also can be quite frustrating: Our Constitution is fairly vague about so many different things, and it leaves many questions unanswered. Many legal scholars, though, would say that the main recourse would be through the political route, through impeachment.

Your book is civil and comprehensive — it’s not Saul Alinsky’s “Rules for Radicals.” But, by most any assessment, this is no ordinary president. With the erosion of democratic norms, do you worry that the old rules no longer apply?

The rule of law has definitely been challenged and called into question by this particular president. As somebody who believes deeply in the rule of law, that is troubling. So, for example: Tweets that call judges, like a judge sitting here in Seattle, a “so-called judge” — those are quite concerning from a rule-of-law perspective. Having said that, the president often then follows up with another tweet that says, “see you in court.” So, in the end, the rule of law and the system of law is being abided by to the extent that the president and those in his administration are following court orders. When they lose in the court, they are then proceeding to challenge it and appeal within the court system, so that is demonstrating that the judicial machinery and the legal machinery continue to operate and work.

In order to see that the rule of law holds up, you do have to have everybody paying attention, and you do have to have everybody participating.  That’s one of the main goals of our book: to try to help better empower interested people to know who can you hold accountable for what sorts of action, how can you ensure that power is checked so that no one actor — or no one governmental entity in our nation — becomes all-powerful? Because once you have too much accumulation of power in one individual’s hands, the rule of law could crumble. So we all need to be vigilant in terms of doing our own part and participating in government because democracies like ours ultimately are protected by and endure because of people — informed and participatory people.