Inslee had a goal to cut carbon emissions. Where are the results? 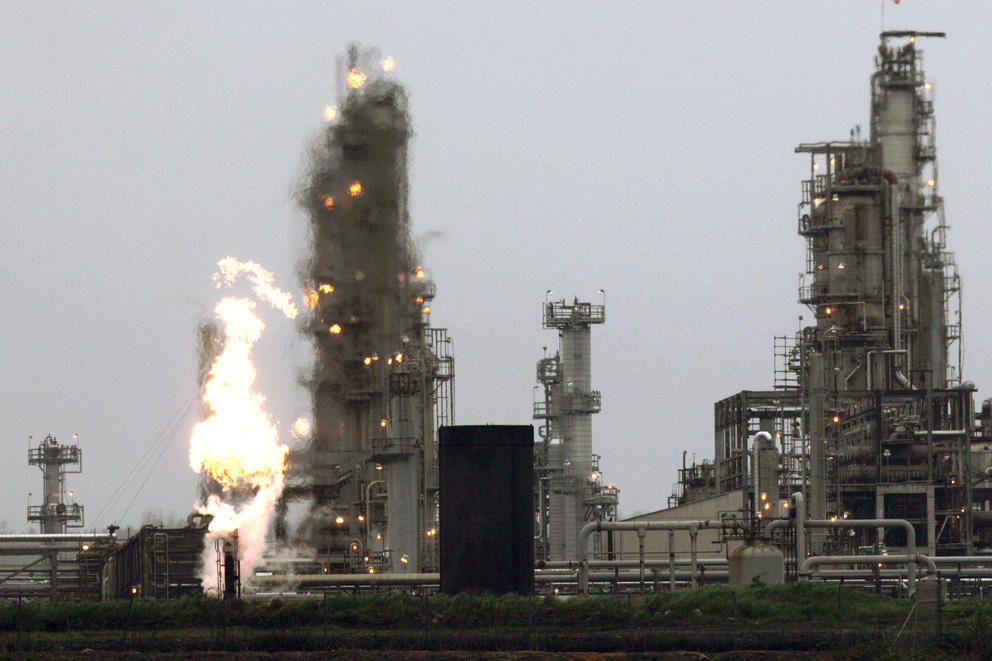 Washington state is on track to reduce carbon emissions from transportation by 17 percent by 2020, meeting a goal set by the governor. The 2014 data from Results Washington, Gov. Jay Inslee’s lean-management agency, would appear to offer good news. Four years later, though, we have no idea how we are doing because the data have not been updated since then.

Cutting Washington’s CO2 emissions is the governor’s top priority. He calls climate change “the cataclysm that is coming” and “an existential threat” to the state. To meet that threat, he has offered several policy and regulatory approaches. Importantly, he also pledged to embed CO2 reduction in state government’s everyday work, putting his priority on agencies’ day-to-day agenda.

Inslee made lean management — which focuses on delivering quantifiable results — a central piece of his 2012 campaign, promising to set goals and be held publicly accountable. After he was elected, he created Results Washington, a program to set targets and track progress. The governor told John Bernard, author of “Government That Works,” that “holding ourselves accountable for results to the citizens of Washington isn’t politically expedient, but it clearly is the right thing to do.”

But his record is abysmal. Not only is his administration failing to meet the targets, key metrics are simply ignored.

For those of us who support the goal of reducing energy’s environmental impact, this is frustrating. In 2013, I testified in support of the governor’s first climate action legislation, which prioritized policies that offered the greatest environmental benefit for every taxpayer dollar. As a conservative interested in protecting the environment, I recognize that improving energy efficiency is good for the environment and helps us send less of our money to countries like Russia and Venezuela. But since then, the governor seems to have sidelined environmental effectiveness in favor of hyperbole, displacing the rigorous approach promised by Results Washington.

Bernard, who helped Inslee create Results Washington, tells me he is also disappointed by what he sees. “The original intent and design of Results Washington was to drive an aggressive agenda of results with specific targets,” says Bernard. “This takes leadership from the governor to set those targets and challenge his leaders to take action that moves the needle, and then to follow up doggedly. From what I have observed this is not happening at nearly the level it could and should. For the governor to achieve the environmental policies he is so passionate about, he has to grab the steering wheel and drive the agenda.”

Ultimately, the failure to meet these targets demonstrates that politicians have a limited understanding of how to achieve the goals they identify.

It is one more indicator that the real success in reducing environmental impact comes from individuals looking to do more with less in a free market, not stagnant government planning.

Not serious about results

Successful lean management requires regular updates. That doesn’t appear to be happening with the climate targets. The governor hosts semi-regular meetings designed to hold agencies accountable for meeting the targets. Since they began in early 2014, there have been 38 meetings. The spokesperson for Results Washington told me the meetings, which are publicly broadcast, put pressure on staff to perform. When asked if he felt meetings were enough to promote accountability, he said, “Yes, I think they do.”

There is, however, a problem. According to the Results Washington page, the governor has never held a meeting to review the “sustainable & clean energy” goals. Not once.

In fact, the governor’s staff doesn’t even appear to be familiar with the goals.

Last year, the governor spoke at the University of Washington during his “Climate Town Hall” series. His staff distributed a flier highlighting a pledge to put 75,000 plug-in electric vehicles on Washington state roads by 2020. But that contradicts the governor’s goal of 50,000 vehicles by 2020. I asked a Results Washington spokesman if the target had changed. They responded, writing: “It was a mistake. 50K is the correct number.” The governor’s own office didn’t even know, or take the time to check, the target. Further, the state is not on track to meet even the 50,000 plug-in electric vehicle target, let alone 75,000.

A lack of attention or even basic familiarity with the goals suggests an unserious attitude toward carbon reduction. The political value of the promises, not results, is the thing that seems to matter.

There are ten metrics monitored by Results Washington to “reduce our greenhouse gas emissions.” Three are main goals related to emissions from transportation, electricity and buildings. Seven are sub-categories intended to facilitate the overall goal. The sub-goals were chosen by experts, or at least supposed experts, who decided what was necessary to meet the major goal. What becomes clear is that the experts are significantly off the mark.

The state, however, is failing to meet all three complementary targets. Washington is 15 percent below the June 2017 target for plug-in electric vehicles and is not on track to meet the target by December 2020. At the current rate, the Inslee administration will miss its target by more than 7,500 cars.

For others, not only is the state missing the target, there is no plan to improve. In July 2017, the air quality program manager for the Washington Department of Ecology reported on the goal of increasing the average miles per gallon of Washington’s passenger and light-duty truck fleet to 23 mpg by 2020. The action plan to achieve this goal says only: “To be determined.”

In the case of “average GHG [greenhouse gas] emission per vehicle mile travelled,” Washington state is missing the target and the trend is actually in the wrong direction.

Of the seven sub-goals identified as key to meeting our carbon-reduction targets, Washington is failing in six.

The failure of state planning

The notion of setting goals and holding government agencies accountable is sound. As Bernard notes, there is bipartisan support for this approach.

For that system to work, though, goals must be thoughtfully developed, continuously monitored and adjusted as new information is available. When it comes to cutting carbon, the Inslee administration is failing in all those areas.

The failure is evidence that politicians and government agencies don’t have the incentives to identify the most effective strategies to help the environment. As Inslee noted, accountability isn’t politically expedient. This is why goal-setting in Results Washington is important. Those goals are only meaningful if the governor follows through, keeping the data up to date and checking in to stay on track, which he has not done.

It is time for the governor to spend less time making political statements overseas and more time paying attention to the failures right here in Washington state.