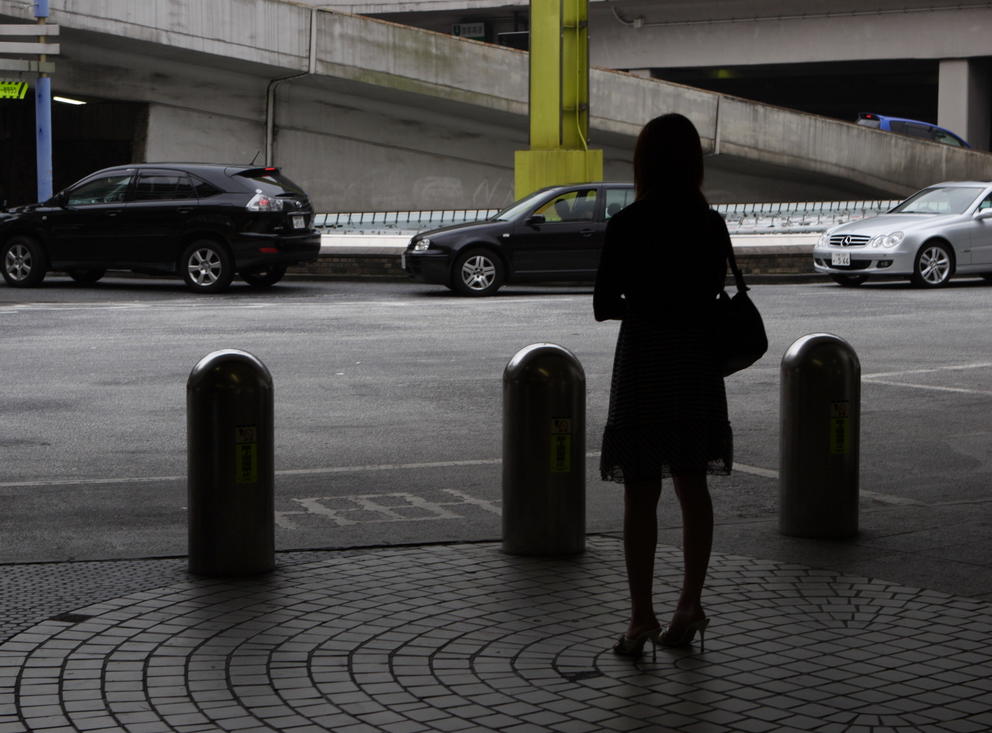 The first in a two-part series. Read Part 2 here.

At one of the first meetings of the Seattle Silence Breakers, Doreen McGrath asked the room full of City of Seattle employees how many times, after the filing of a harassment complaint, the alleged perpetrator had been reassigned to a new position, away from the complainant. None of the employees — almost all of whom were women — raised a hand.

McGrath, a former Seattle IT employee, then asked: How many of you changed positions after filing a complaint? Nearly everyone in the room raised their hand.

"Nine out of 10 of these women are not making this up," McGrath told Crosscut. "You should move the perpetrator!"

Far from the circles of rich and powerful celebrities, the fallout from the Harvey Weinstein scandal has spurred a reckoning in institutions across the country. The City of Seattle is no exception.

The Seattle Silence Breakers meetings started last year during lunch breaks, just before the city slowed for the December holidays. They didn't have a name at the time or a particular agenda, but at the first gathering, some 30 city employees attended. Many were from Seattle City Light, but also several were from the Department of Construction and Inspection, Information Technology, the Department of Transportation and at least one from Municipal Court.

They were coming together because each, in their own time as a city employee, had witnessed or experienced harassment, sexism, discrimination or even outright sexual abuse. Some attendees work in an office environment, others out in the "field" in what several employees described as overwhelming "macho" work environments for departments like City Light, Transportation and Construction.

Most had also either witnessed or experienced what they perceived as weak, unsupportive reactions from their respective departments' human resources units and concluded that, especially as the #MeToo movement has built momentum, the channels for complaint and subsequent investigation in the City of Seattle are failing. What outlets there are, several attendees told Crosscut, feel as though they're built to protect city government and not the complainants.

A recent Seattle Times story — about two library workers who, as part of a settlement of their complaints about sexual harassment, had to give up their jobs — reinforced what many attendees believe about the city's lack of interest in the welfare of those who face trouble on the job. But there are other things, incidents that may not, on the surface, land as hard: It's the non-stop utterances of "baby" and "honey." It's the male worker who asked a City Light employee what color panties she was wearing before an interview. It's the pregnant employee being asked which she will choose, her family or her career. One female employee in IT recalled the difficulty of working near crass games of hangman that had veiled sexual and sexist meanings.

"With all of this coming out now, we're realizing the systems in place aren't adequate," says City Light employee Beth Rocha. "The narrative is still: 'What did she do to deserve it?' "

Human resources for city government is not one system, but many. Each of the city's largest departments has its own HR unit, each with its own staff and varying approaches to dealing with complaints and achieving racial equity goals.

These run parallel to the centralized, so-called "Big City" Seattle Department of Human Resources, which handles broad administrative tasks for city government as a whole and HR functions for some of the city's smaller departments.

For some, the disparate system creates inconsistent responses to complaints. Among complainants, the perception is it creates fealty to the department in which an HR unit is housed. "People who do complain, HR turns on them," says McGrath. "[Executives] say, 'Report it, report it, report it.' But people who report it get retaliated against."

The concern is shared by Mayor Jenny Durkan, who favors consolidating all the human resources units into the central Department of Human Resources. The process was actually begun under her predecessor, Ed Murray, but the consolidation has been delayed into 2019. And the central department has its own challenges, which will be the subject of a subsequent story in Crosscut.

Since their first meeting, the Silence Breakers have had several more, making the gatherings a regular occurrence. Attendance fluctuates, but they've built out an internet platform for communicating and as many as 50 people have expressed interest. Progress at each meeting is limited, as most attendees only have the hour-long lunch break. But they've voted on their name, taken from the moniker assigned by Time Magazine to the women who have spoken out about sexual abuse.

Broadly, though, it's the beginning of a movement inside the City of Seattle for employees who feel unable to speak out. "The current culture is that people don't talk because of all the fears that exist," says Rocha. "It's the basic story of 'I'm afraid I'm going to lose my job.' That all stems from the current systems in place that discourages people from talking."

It didn't start with the offensive game of hangman, but that was the final straw. To tell the story, let's call her Jessica. She was the only woman in her team of six in the IT Department. She'd come to the city to do design work and to avoid the "bro-culture" of the private tech-industry, but says she found it in the city department as well.

The games of hangman on the whiteboard started as a way to break the ice between employees. But only the men seemed to play and the answers started to turn into coded swear words and phrases. On this particular day, Jessica walked in to find the hangman, spread-eagled, with the phrase "Duck Hunt" below, which she read — based on how other vulgar phrases had been disguised — as "Da Cunt."

She complained about the game and other issues she'd felt as a woman in her unit. Investigation documents provided to Crosscut show that her male colleague acknowledged the phrases were veiled phrases, saying Jessica "doesn't like to play the reindeer games" — a phrase referring to activities enjoyed by a clique or in-group. The colleague also acknowledged having called a different woman on a recruiting panel a "bitch."

But the investigation also turned into an outlet for co-workers to vent about Jessica, whom they described as difficult to work with. After conducting interviews into the case, the departmental HR office concluded: "A couple of members perceive [Jessica] as easily taking offense when she feels that her ideas/suggestions are not considered or valued or if you disagree with her." The author of the report, a woman, suggested implementing strategies to improve morale.

Already, the Seattle Silence Breakers are making clear that Jessica is not alone in feeling like she was dismissed and even blamed for her own complaints. As employees shared these stories and more, there was one unifying piece: Management does not back them up.

For elected officials, responding to these issues and complaints is hampered by the city's disconnected HR units. "Because of the way we've set it up, there's a completely disparate set of functions," Mayor Durkan told Crosscut in her City Hall office.

Last November, when Durkan — the city's first female mayor since 1928 — took office amid the country's ongoing reckoning with sexual harassment, she asked for an overview of how human resources services were being run in the city. "It was surprising to me, no one had that overview," she says. "Not the mayor's office, not the law department. It was very diffuse. So if someone came and wanted to know, is the city consistently enforcing its policy on X, I don't think anyone would know that answer, honestly."

On Monday, City Councilmember Lisa Herbold called for an examination of human resources, too. In a letter to Durkan, she requested two surveys: one of the city's human resource directors and another of the employees.

Shortly after taking office, Durkan demanded departments no longer settle any sexual harassment complaint without first notifying the centralized Department of Human Resources. Thanks to the current system, Durkan says even she does not have a clear idea of how many settlements have occurred.

Durkan, though, sees the 30-day directive as the beginning. She told Crosscut she's committed to finishing the consolidation begun under Murray — a move she hopes will offer consistency to how the city responds to employee complaints.

For Jessica and others, consolidation is appealing in light of their experiences. "As long as it's legit and not another example of the city covering itself," she says. "I felt like HR didn't address my concerns and I had no avenue to escalate those concerns. I would like to see a real consistent structure in place so someone else in my position doesn't have to go through this."

Rocha, an energy-management analyst with Seattle City Light who has raised workplace issues with her department's HR unit, says just consolidating may not be enough. It could take something like a revamping of the city's Office of Civil Rights, to make it completely independent of the Mayor's Office, before employees really feel they are encouraged to raise concerns, she says.

The Seattle Silence Breakers came together largely through the work of Rocha, with help from Gina Petry, an organizer with Radical Women. That it got such a response so quickly was, frankly, surprising. But now that it's established, participants fully expect the momentum to only build.

"One of the powerful things about this group is that we are comprised of city workers and rate payers dedicated to stopping all harassment and discrimination," says Petry.

The group is still evolving. Most of the attendees so far work in office jobs, including City Light's Rocha, but there's a sense that it could easily expand to people who work for City Light or Construction and Inspections doing electrical work or inspections.

The Stranger recently reported on issues of sexism in Seattle City Light, which was part of what catalyzed the gatherings. But the meetings are driving home that it goes further.

For McGrath, there's no telling where the boom lies. "We just had the sense this was the tip of the iceberg."

Read Part 2: “At any given time as the mayor if I said, ‘Do we have a problem with sexual harassment? How many complaints have been brought?’ no one could answer that. They were settling things in darkness.” — Mayor Jenny Durkan, discussing efforts to reform the City's handling of Human Resources.

by / June 2
Inside Crosscut