Crisis pregnancy centers required to have a disclaimer — but most don't 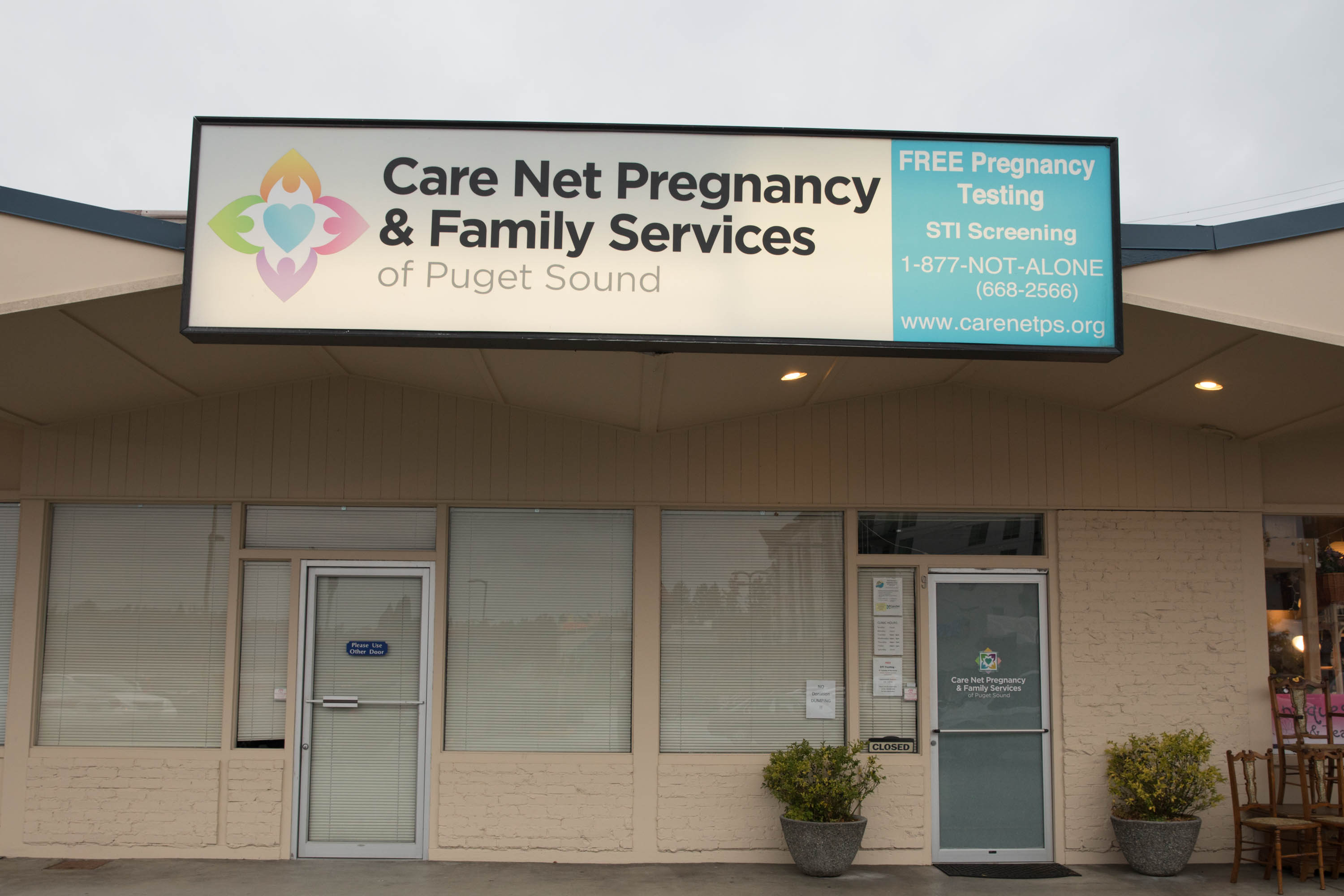 Last July, the King County Board of Health voted to require limited-service pregnancy centers to disclose in clear writing at their entrances, "This facility is not a health care facility.”

Although the service centers, also known as crisis pregnancy centers, offer services such as pregnancy testing, ultrasounds and free diapers, the Board of Health says they "misinform women about their health and health care options" and are a "threat to public health."

“Limited service pregnancy centers have been reported to provide little or no information on the availability of free, low-cost or full-cost comprehensive family planning and reproductive health care services to women,” reads the Board of Health’s regulation stipulating the Not a Health Care facility signage.

But six months after mandating signage, none of the King County crisis pregnancy facilities have the notice displayed. At least one location that may fall under the Board of Health’s rules says it does not intend to comply and could sue if and when the County attempts to enforce its rules.

There are some 60 limited-service pregnancy centers in Washington State — six in King County that fall under the definition, according to a spokesperson for the Board of Health.

The facilities are often run by conservative or religious organizations. Operators cast the centers as offering legitimate advice and planning for pregnant women.

But they've long been a target of pro-choice advocacy groups, who have blasted these facilities for withholding information about birth control or abortion access and for disguising themselves as comprehensive health care clinics.  In 2016, the local pro-choice advocacy organization Legal Voice sent an intern undercover into a Care Net Pregancy & Family Services facility, which King County considers to be a crisis pregnancy center. In its report, the undercover patient said when she asked about abortion, she was discouraged from seeking one and was provided with medically inaccurate information about the repercussions, "including that it causes infertility, sterility, breast cancer, and pelvic inflammatory disease."

The U.S. Supreme Court is currently considering whether California can force these types of centers to provide comprehensive information about birth control and abortion.

The new King County regulations require limited-service pregnancy centers to display the Not a Health Care facility signage “conspicuously, in a manner that it is easily read, at the entrance of the facility and at least one additional area where persons wait to receive services.” The rule notes the sign must be written in English and in nine additional languages. The rule went into effect in August 2017.

However, Crosscut visited six facilities in early January and found no signs on display.

The Board of Health elected to only enforce the signage rule on a complaint-basis and, so far, none have been filed, according to a board spokesperson. King County Councilmember Rod Dembowski, chair of the Board, said he favored proactive enforcement from the outset, but was told the department didn’t have the resources. Legal Voice, according to a spokesperson, said it intends to recruit volunteers to visit the facilities and file complaints to the Board in early February.

According to the Board of Health, two of the six limited-service pregnancy centers in King County are operated by Care Net Pregnancy & Family Services of Puget Sound.

Kim Triller, the Executive Director of Care Net Pregnancy & Family Services of Puget Sound, disputed that classification. “We called down to Washington State and made sure we’d crossed all our t’s and dotted our i’s,” she said, maintaining Care Net facilities are bona fide health care clinics. Triller said signage rules would therefore not apply to Care Net facilities. If the Board were to try and demand signage, Triller said "They don’t have a legal standing to enforce that.”

Triller added, “As far as I know, there is not one [crisis pregnancy] center in King County.”

Dembowski told Crosscut he disagreed that there were zero facilities in King County. "There are hundreds if not thousands of women that walk into these clinics every year," he said.

"I’m not really interested in tolerating chicanery by these faux clinics to get around this rule. I think this speaks volumes about why this rule is necessary: To the extent they’re trying to avoid its application, what else are they trying to avoid in their services to the community?”

When asked if he would take on a legal fight over the new rules, he said, “1,000 percent.”

Meanwhile, in Olympia, Sens. Phil Fortunato (R-Auburn) and Mike Padden (R-Spokane Valley) have introduced a bill that would require clinics that offer abortion services to post signs that read “This facility does not meet the health standards of an outpatient surgery center."