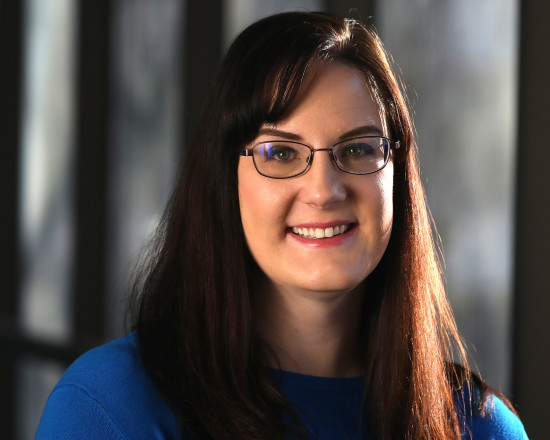 We're ushering in 2018 with some personal news: Kristen M. Clark joined Crosscut this week as the team’s third full-time staff writer. She’ll be covering the changing region of Seattle and the Pacific Northwest.

Kristen is new to the Seattle area, having moved here from Tallahassee, Florida in October with her husband, Ryan, who is also a journalist. (He covers the UW Huskies for The Tacoma News Tribune.) They have happily traded the hurricanes and steamy heat of the Sunshine State for the cooler temperatures and mountain landscapes of Seattle and the Pacific Northwest.

A Midwestern native, Kristen spent most of her childhood in Minnesota and North Dakota before attending Michigan State University. Her first journalism jobs took her back to the familiarities of home, as she covered government and politics for The Fargo (N.D.) Forum and then the Lansing (Mich.) State Journal.

Kristen then worked in South Florida covering community news for the Palm Beach Post and, most recently, she reported in the Miami Herald’s Tallahassee bureau with the Tampa Bay Times. Her focus there was on K-12 education, guns and immigration, and she also helped cover the 2016 U.S. Senate race, where she exposed a candidate for embellishing his résumé.

Kristen’s passion for journalism and storytelling stems from a desire to hold public officials accountable and ensure citizens are informed about what their elected leaders do on their behalf.

“I’m thrilled and inspired to join the team at Crosscut and tell stories that can make a difference in Seattle and the surrounding region,” she says. “As a new resident to the area, I’m hoping to bring a fresh perspective to the area’s growing pains, while also diving into the rich history and culture of the Pacific Northwest.”

Find Kristen on Twitter at @ByKristenMClark or you can email her at kristen.clark@crosscut.com.