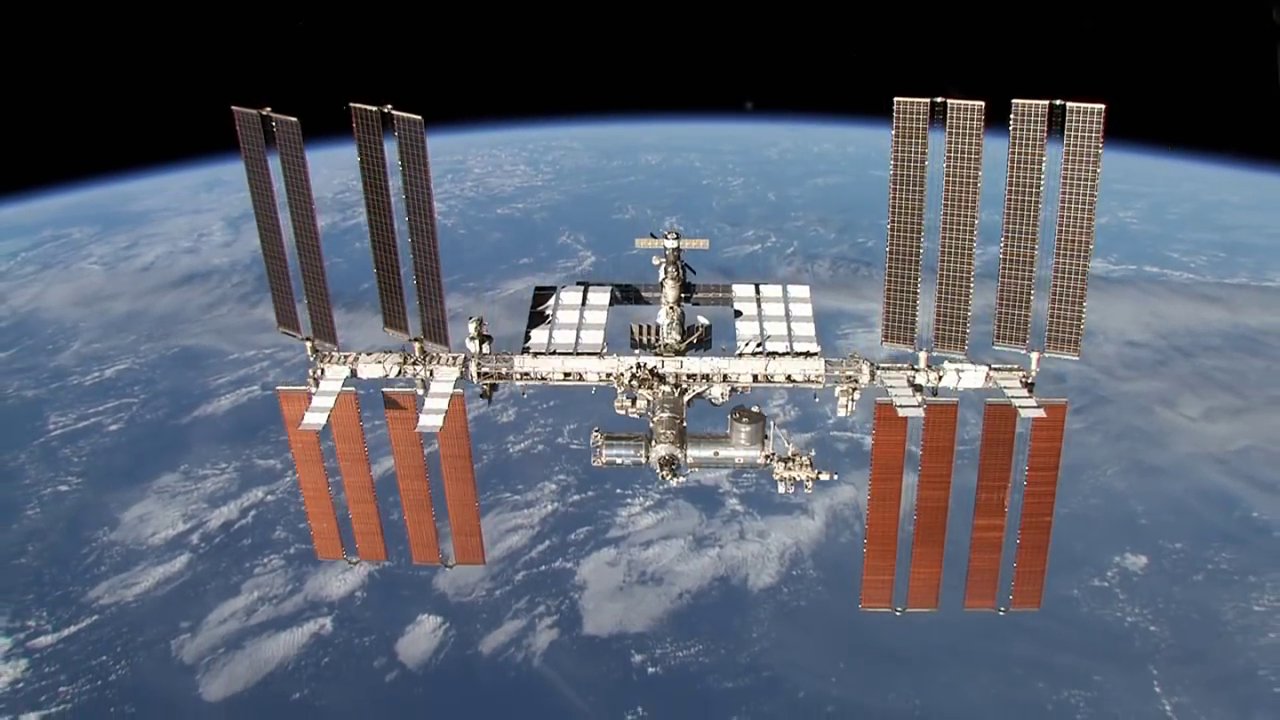 A photo of the International Space Station.

Science teacher Candace Barich’s classroom is a beehive. It’s loud. It’s middle school. Students are making electromagnetic motors today.“Today is goggles on!” she says. “If I have mine on, you have yours on.”

The class at John Sedgwick Middle School in rural Port Orchard is part of West Sound STEM Network, where science-minded students across Kitsap County, Washington, have a chance to dive deeply into technology and engineering programs with educator-scientists.

Their mission this week: to cook up questions for the astronauts aboard the International Space Station (ISS).

Only 20 students among several thousand across Kitsap will be chosen to ask a question via video link, and the pressure is on to come up with a good one.

“Their biggest interest has been glaciers and how they’re melting,” she says, explaining that the class has been studying evidence from ISS’ photo history. “It's dramatic.”

Riley, a seventh-grader, explains that humans have put too much carbon dioxide into the air and declares, solemnly: “The earth is getting a bit unstable.”

Riley’s question was chosen. “What changes on our planet can you see from space? What does this tell about where I should live when I grow up?”

Barich notes the long-range thinking from a seventh-grader.

“My students are deeply concerned about climate change,” she says. “They own it. They know this is their future.”

In a class across the hall, teacher Theresa Johnson has students experiment with gas expansion with 2-liter bottles of soda, doctored with salt.

Corbin, in grade eight, will ask: “What happens with carbonated beverages in microgravity? Can astronauts even drink them?”

And at Chief Kitsap Academy, a Suquamish tribal school, Jane Darrah-Traub’s students have been baking bread to study cellular respiration. Two students were chosen. Sixth-grader Shayla will ask if bread will rise the same way if baked in zero gravity.

And Lucas, also in sixth grade, has a practical one: “How do you wash the outside of the space station?”

In mid-December, hundreds of students descend on the Galaxy theaters in Gig Harbor, where the live hookup is projected on the massive IMAX screen.

After a sound check with both mission control Houston and the International Space Station, U.S. astronaut Mark Vande Hei appears, bigger than life, floating in an ISS cabin, a hand-mic floating under his chin.

The earth mic is turned over to the students.

Candace Barich says her kids range from being so excited “they can’t see straight” to being scared to death.

“It’s intimidating! Astronauts are beyond cool.”

Where will Riley need to move?

Vande Hei, having three months residency under his belt, has been able to notice only seasonal change but has seen enormous dramatic color where rivers deposit sediment into the ocean.

How would bread rise in space?

After consulting fellow crewman Italian Paolo Nespoli, who used to be a baker, Vande Hei thinks the process would be the same because the stickiness of the dough would confine the gas pockets.

Washing the exterior of ISS?

No astronaut has been assigned that task. No cleaning needed, Lucas.

And Coke in microgravity?