Republicans should take the lead to stop offshore drilling 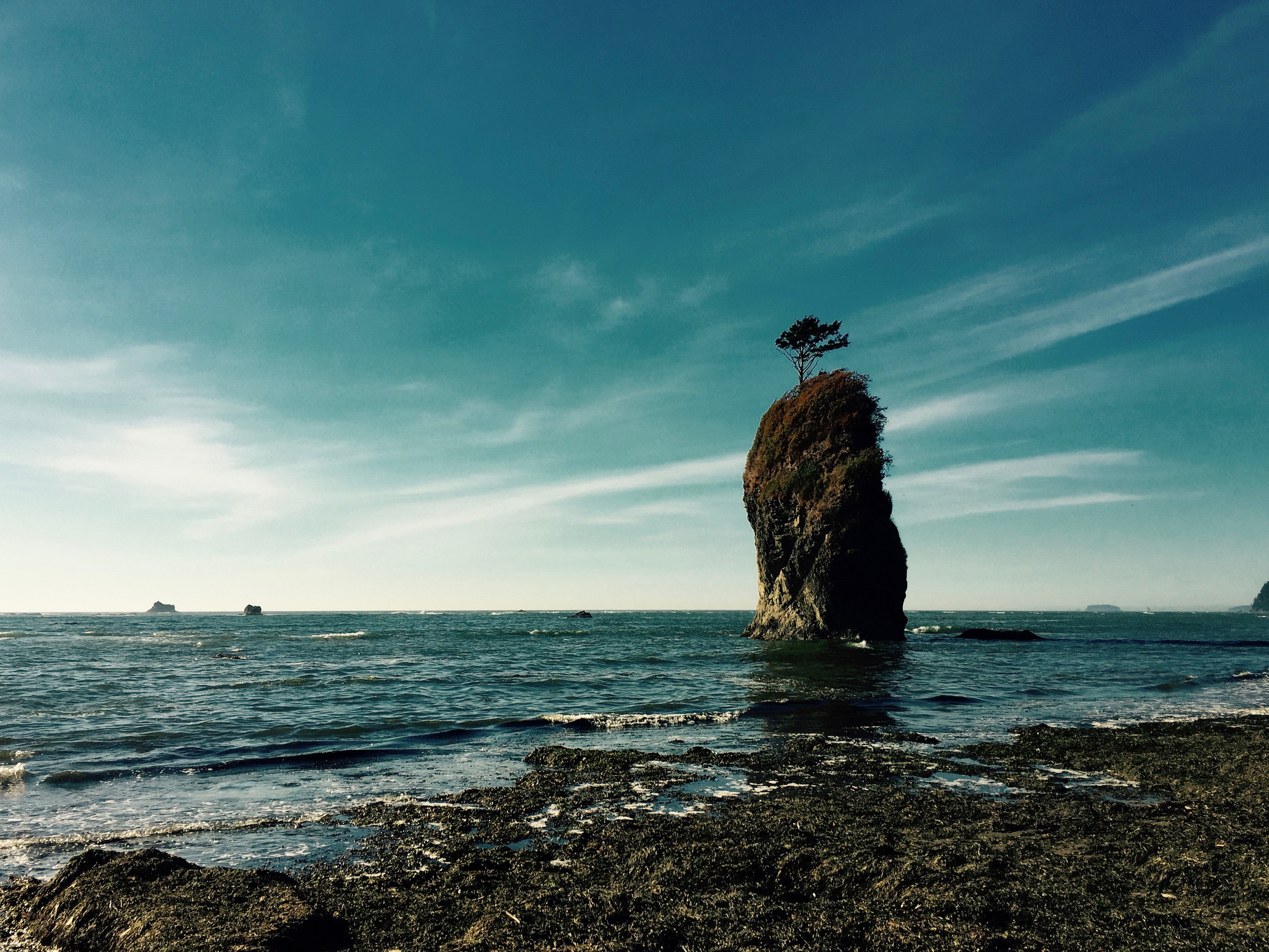 A view of the Olympic Coast National Marine Sanctuary, located on the outer shores of Washington state and adjacent to Olympic National Park.

When the Trump administration announced its plans to open up the entire Washington coast, including the Olympic Coast National Marine Sanctuary, to oil exploration, I was pissed off. Protecting our coast should not be a partisan issue, but given the sanctuary’s history and the true nature of conservatism, especially Northwest conservatism, I knew this was a fight Republicans should lead.

After an angry first weekend of the new year, I took the time to call the U.S. Interior Department’s Bureau of Ocean Energy Management in the other Washington and asked whether the administration really was considering oil exploration off Washington’s coast. I was told it was.

“Even in the Olympic Coast National Marine Sanctuary?” I asked.

There was a pause, and then, “Could you put that question into an email? We’ll get back to you.”

The Olympic Coast National Marine Sanctuary, administered by the National Oceanic and Atmospheric Administration (NOAA), comprises about half of Washington’s coastline, from Cape Flattery to Copalis, plus much of the continental shelf. Its beauty has been compared to Yosemite and the Grand Tetons. Underwater, species unique in the Pacific have been discovered there, prompting NOAA to consider it the equivalent of discovering new rainforests on land. If you haven’t been there, it is one special place.

Last summer, my wife Barbara and I hiked and camped along that coast and found it as rugged and majestic as ever. As inheritors of this gem, I believe we’re obligated to pass it on unspoiled.  That requires us continuing the work of former presidents, and making it clear to this administration that we won’t let happen here what happened in January 1969.

On a windless, clear day that January, off the coast of Santa Barbara, a drilling rig ruptured, venting oil into the water and onto the beaches. Thousands of seabirds died.

That tragedy led to, among other things, the creation of our Olympic Coast National Marine Sanctuary. Republican President Richard Nixon responding to the spill, created NOAA to assure ocean resources were developed “without either contaminating the marine environment or upsetting its balance.” Two years later, he created national marine sanctuaries.

But the protection of our Olympic Coast stretches back beyond Nixon to a much earlier Republican president. Theodore Roosevelt, by executive order, sheltered seabirds and their rookeries by designating Copalis, Flattery Rocks and Quillayute Needles, each a stretch of rocks and reefs along Washington’s coast, as national wildlife refuges. Then, by decree, he created the Mount Olympus National Monument.

It remained for those who followed him to connect his mountain monument and coastal refuges. Unfortunately, President Woodrow Wilson, a Democrat, knee-capped that effort by cutting Roosevelt’s Olympic National Monument in half. But President Franklin Roosevelt, a Democrat, reinvigorated his Republican cousin’s initiative by creating the Olympic National Park. In the middle of the 20th century, President Harry Truman added a bit of coastline to it.

Those early efforts protected some glaciers, valleys and beaches, and thwarted a contemplated highway that would have traversed from Hood Canal over Anderson Pass (I’m cringing just imagining it) to the coast. But, it was, in a very real sense, nonpartisan U.S. Supreme Court Justice William O. Douglas who kept our coastline remote.

On a summer day in 1958, 70 people from across the country joined Douglas — a graduate of Yakima High School and Whitman College who had a lifelong love of the Northwest’s wild place — at Cape Alava for a three-day, 20-mile beach hike protesting a planned coastal highway.  Justice Douglas asked, “Do roads have to go everywhere?” and he argued for preserving wilderness and wildness. His hike drew national attention; highway plans were abandoned.

While the efforts were bipartisan, the work of previous Republican presidents — Reagan, Ford, Nixon and Theodore Roosevelt — should resonate with the current president and with Washington state Republicans. Roosevelt didn’t create bird refuges only to have them decimated by an oil spill, as happened in Santa Barbara. Nixon didn’t establish sanctuaries in response to the then-worst oil spill in our nation’s history, so that we could drill in or near them. Republicans should feel a special obligation to lead the opposition to this drilling, not only to honor and extend the work of these former Republican presidents, but also because it’s the truly conservative, especially Northwest conservative, thing to do.

The heart of conservatism involves protecting that which cannot be replaced. True conservatism, whether environmental or fiscal, embodies sustainability. Drilling for every last drop of oil in every spectacular corner of our country is not sustainable; it is not conservative; it should not be Republican.

It pains me that that rings hollow on too many ears. That it does is on us Republicans, but at this moment, when drilling off our coast is being contemplated, we can renew our commitment to Northwest conservative values.

Some readers might think I’m an odd one to lead this charge. After all, as a Port of Seattle commissioner, I supported leasing part of a port terminal to Foss Maritime, knowing Foss would service Shell vessels bound for Arctic drilling projects. I believe that was different: President Barack Obama had already extended Arctic drilling leases to Shell, so prohibiting Foss from servicing Shell vessels in Seattle wouldn’t have inhibited Arctic drilling, it only would have transferred maritime jobs to a different port.

I want to ensure no oil drilling leases are ever issued for Washington’s coast.

That’s why I emailed that question to the Bureau of Ocean Energy Management. Just before 5 p.m. that same day in early January, I received a response from the Bureau of Energy Management’s Pacific Coast office in California.  It read, “Thank you for your question. BOEM has no authority to offer oil and gas leases in national marine sanctuaries. Therefore, BOEM will not consider areas within the Olympia National Marine Sanctuary for future leasing.”

That’s a victory. As long as all the continental shelf in and adjacent to the sanctuary really has been eliminated from leasing, that email removed about half of Washington’s coast from consideration, but the other half  — from Ocean Shores to the Columbia River —remains at risk. A spill there would threaten tourism, salmon recovery and shellfish harvests — and, being so close to the sanctuary, a spill could threaten the seabirds Roosevelt protected.

The entire Washington coast needs to be protected from drilling. That’s why I will testify at the Trump administration’s public hearing at Tacoma’s Convention Center on Feb. 5.

And it’s why I have invited the American Conservation Coalition, a millennial-led national organization of young conservatives who are committed to protecting our planet, to join me this summer on a three-day hike along the same route Douglas took. That hike will protest oil exploration off our coast.