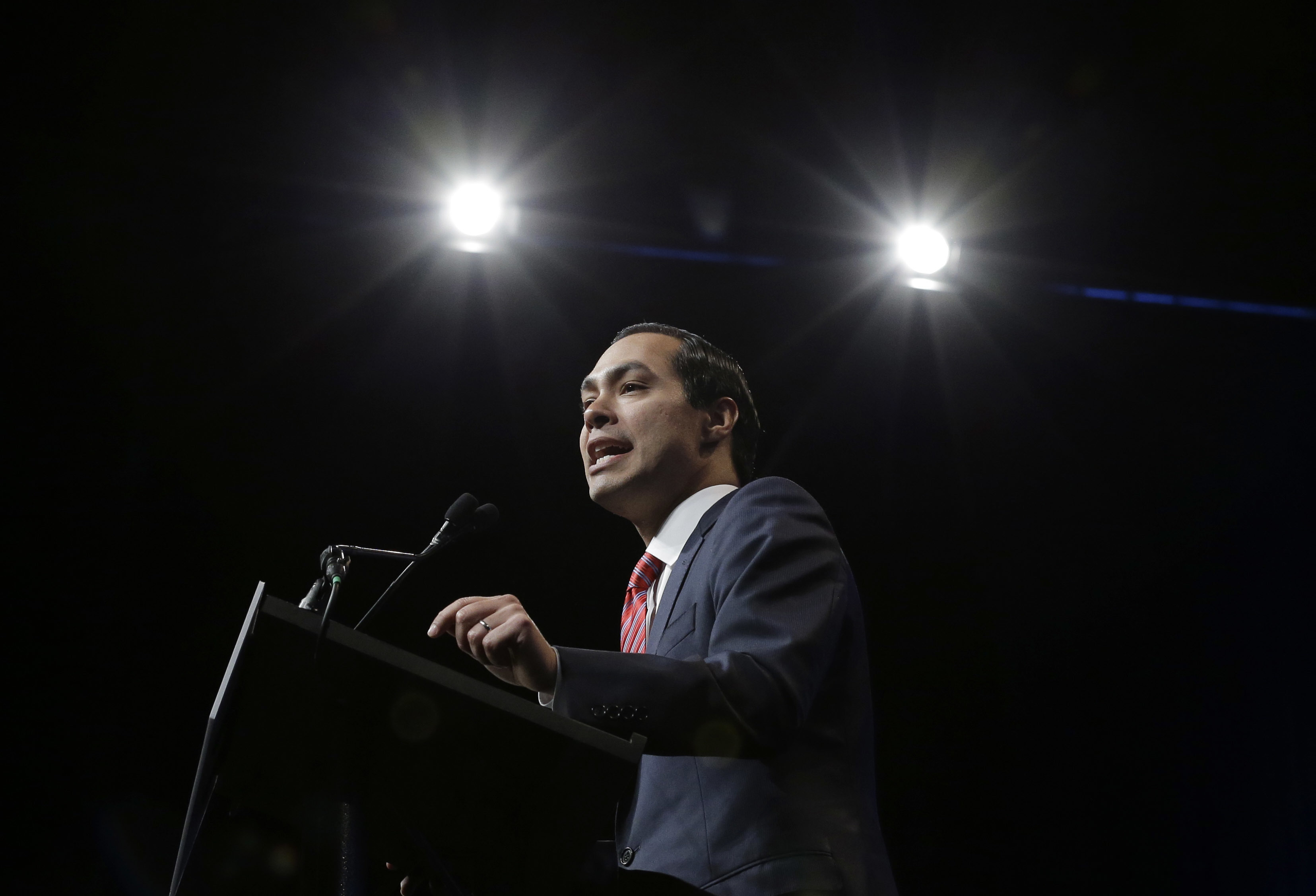 In the fall of 2012, Julián Castro, the young mayor of San Antonio, Texas, stood in front of a packed stadium in Charlotte, North Carolina, and gave a rousing speech before the Democratic National Convention. He told the story of his grandmother, who came to the United States from Mexico and likely could not have imagined that her grandsons, Julián and his twin brother Joaquin, would graduate from Stanford Law School and rise into the national political spotlight.

“The American dream is not a sprint, or even a marathon, but a relay,” Castro said, touting his efforts to boost access to pre-kindergarten for San Antonio kids, and President Barack Obama’s work to create opportunities for underserved communities. He rallied the crowd to re-elect Obama, and in the process drew many comparisons to the president, who had given the convention speech eight years before.

Castro would go on to serve as Obama’s Secretary of Housing and Urban Development. He is now widely viewed as a contender for the 2020 Democratic nomination for president. (He has not announced that he is running, but he recently said he "might," and is making all the right moves to do so.)

On Feb. 3, Julián Castro will headline the Crosscut Festival, a two-day event that will bring together some of the best minds and biggest names in the Northwest. Washington Gov. Jay Inslee, Oregon Gov. Kate Brown and former George W. Bush speechwriter David Frum will also be among the more than 70 speakers and panelists.

For more information, or to buy tickets, go to www.crosscut.com/festival.

The Festival, a two-day event at Seattle University, will put elected officials, business leaders and cultural luminaries onstage with journalists from more than a dozen news organizations from around the region.

We’re staging vital, provocative conversations that spotlight solutions to the most pressing issues we face here in the Northwest.

It’s the Northwest’s answer to the New Yorker Festival or the Aspen Ideas Festival. We expect 1,500 people to attend, including hundreds of Washington college students.

Discussions will range from police shootings to immigration policy, hate speech to the urban-rural divide. Other panels will explore the role of the tech industry in the city, and the burgeoning "gig economy." Interactive sessions will challenge participants to step out of their social/political bubbles, and to imagine life in a climate-changed future.

Here’s a small sampling of the other speakers who will be taking part:

To moderate the discussions, we’ll have Crosscut writers and editors, along with local journalists from the Seattle Times, KUOW, Seattle Weekly, The Stranger, South Seattle Emerald and The Evergrey, to mention a few. Freelance writers whose work is regularly featured in The New Yorker, The New York Times and Forbes will also moderate.

Special thanks to the Bill & Melinda Gates Foundation, the Kerry and Linda Killinger Foundation and all of our other sponsors for making the event possible. The Northwest has been hungry for a gathering like this. We anticipate that it will become an annual happening that you will not want to miss.