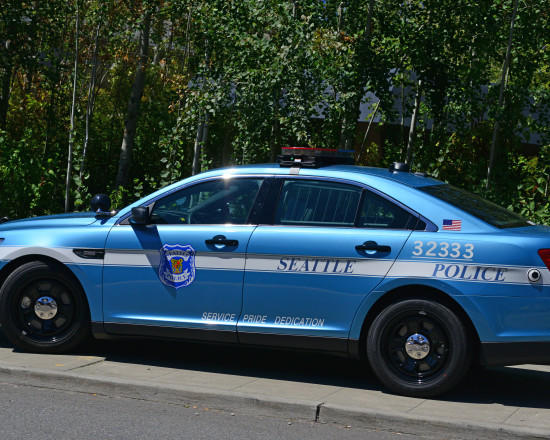 Nearly eight years after a Seattle police officer shot John T. Williams in the back, killing the Native American woodcarver and sparking a federal investigation into the Seattle Police Department, a federal judge ruled Wednesday the city is in full compliance with the requirements to reform the department.

In making the ruling, the city and the department will now begin a two-year monitoring period (“Phase II”) to ensure the behavior of the city’s police does not backslide.

“This is very significant and a good day for the City of Seattle, the police department and the community,” said Mayor Jenny Durkan. She added: “I want to make very clear that we know that work needs to continue and the judge made that clear as well.”

The momentous ruling affirms what the U.S. Department of Justice (which brought the lawsuit against the city), the city attorney, the Seattle Police Department and the Community Police Commission (a civilian advisory body created as a part of the reform process) believed to be true in early fall.

Still hanging over the pronouncement are unfinished union negotiations with the rank-and-file Seattle Police Officers Guild.

The decision also comes while members of the Seattle community still see problems with the Seattle Police Department — a reality most salient in the June shooting death of Charleena Lyles, an African-American mother living in public housing. The shooting was ruled to have been within departmental policy, sparking outrage among friends and advocates for the Lyles family.

But among those who’ve worked for years on pushing the department forward — the civilian Community Police Commission, the city attorney, the Mayor’s Office and the judge — full and effective compliance is not an acknowledgement that reform is done but rather a legal benchmark that will phase out federal oversight and shift the burden of reform squarely back to local government and community.

“Fulfilling Phase I is an enormous milestone and one in which the city and SPD should take pride,” wrote U.S. District Court Judge James Robart. “Nevertheless, the court cautions the city and SPD that this does not mean their work is done.

"In many ways, Phase II is the most difficult portion of the consent decree to fulfill," Robart added. "The ability to sustain the good work that has begun is not a foregone conclusion. It will require dedication, hard work, creativity, flexibility, vigilance, endurance, and continued development and refinement of policies and procedures in accordance with constitutional principles.”

Enrique Gonzalez, a member of the civilian Community Police Commission, also cautioned that the judge's decision doesn't signal the end of work that still needs to be done.

Annette Hayes, U.S. attorney for the Western District of Washington, echoed Robart's sentiments, saying: "The court recognized that the SPD has met a major milestone in the reform process" but "today’s ruling does not end the city’s hard work."

"We all must continue to hold SPD accountable to its commitments in the consent decree – to de-escalation, new and better approaches to people in crisis, and the internal supervision and independent civilian-led accountability systems that address problems when they arise," Hayes said in a statement. "We look forward to the continued engagement of the entire community in this next phase of the consent decree to ensure that reform in Seattle is real and lasting. There is no question that there remain parts of our city that expect more from their police department. Their engagement will continue to be important as we move forward."

The path toward compliance has been winding. Although Williams’ 2010 death spurred a group of community advocates to request the Justice Department investigate the Seattle Police Department, the fatal shooting was the culmination of a series of troubling incidents.

The DOJ agreed to investigate and it concluded in a lengthy report that officers were violating the public’s constitutional rights by using excessive force. It also found patterns of racial bias.

As a result, the DOJ sued the city of Seattle, a case that ended in a settlement and the signing of consent decree wherein the city agreed to an independent monitor to observe its progress.

Over the course of several years, the department added new training requirements, focusing more on crisis intervention, while the Community Police Commission and City Hall negotiated a sweeping piece of accountability legislation. As a result, the Seattle Police Department will soon have significantly more civilian oversight.

The department has shown progress. In a series of 10 benchmarks, the monitor overseeing the process, Merrick Bobb, found the city in compliance with all 10. And although sample sizes are small, uses of force have decreased and the use of force against people in crisis has nearly vanished.

The ruling that the city is in compliance is the judge’s alone; Bobb, the monitor, declined to recommend to Robart that he find the city in compliance.

Among his concerns: Lieutenants and captains are not yet sufficiently identifying and addressing certain deficiencies in investigations into mid-level uses of force; a relatively lower level of trust in SPD among certain “isolated communities;” the thoroughness of some disciplinary investigations; and the labor negotiations with the rank-and-file officers union.

Robart recognized Bobb's concerns but nevertheless agreed that the consent decree was fulfilled.

The ruling eluded both Mayors Mike McGinn, who signed the consent decree, and Ed Murray, who ousted McGinn in part by promising to finish out the consent decree. But the process moved more slowly than many had hoped, and now it's Mayor Jenny Durkan who will celebrate the decision.

For Durkan, it's a sweet moment: She was the U.S. attorney who negotiated the settlement, signing her name next to McGinn's and City Attorney Pete Holmes. Now, as mayor, she's switched from plaintiff to defendant.

It also means Durkan's reform agenda will be unencumbered by federal oversight: Where many major changes to police oversight previously needed approval from the judge, Durkan now only has to answer to the Seattle City Council, the community and the unions.

Labor negotiations between the city and the Seattle Police Officers Guild, which represents nearly 1,000 sworn officers below the lieutenant rank, are not finished, clouding slightly the exuberant mood in City Hall. The negotiations could have major implications for how much civilian oversight sticks in the department reforms, as well as for officer pay.

Speaking after Durkan’s press conference, SPOG president Kevin Stuckey said, “We do not wish to impede the progress, at all. … The last thing I want to do is, at the end game, hold everything up.”

But SPOG has filed two unfair labor practice complaints, one against the rollout of body cameras, the other against the recently passed accountability legislation. Neither were negotiated with the union beforehand, which Stuckey said was a violation of labor laws.

Still, Stuckey said Wednesday he was optimistic that Durkan’s new team and the union could get something done. The first meeting between the union and the new administration is tomorrow.