As Seattle housing prices soar, Section 8 vouchers don't help as much as they used to 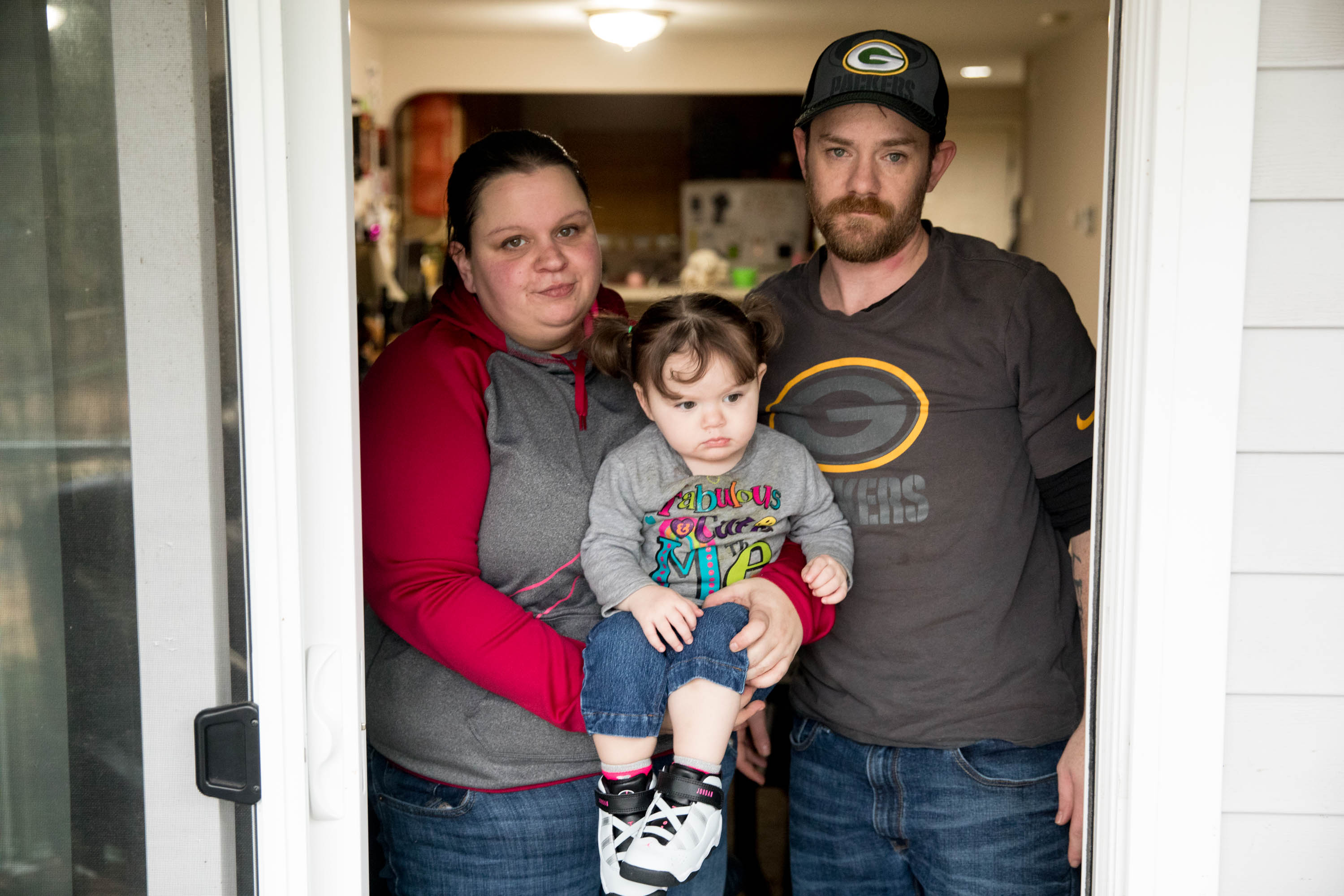 For Brian Graap and Kari Forbes, there wasn’t much time. The Section 8 housing voucher they’d improbably secured was set to expire and after three months of looking for an apartment, the only thing they’d heard from potential landlords was “No.”

The couple — in their mid-30s, engaged but with no date for a wedding — had been living together on the streets, homeless, while Forbes was pregnant. Graap, a marine electrician by trade, was addicted to heroin and meth. Both had criminal records — Graap for theft and drug charges; Forbes for a DUI.

When their daughter, Kandace, was born, Child Protective Services turned her over to Forbes' mother, which made getting clean and finding a stable place to live even more important. They wanted to regain custody of their child. Graap succeeded in kicking his addiction in August 2016 and the couple got in touch with several local organizations for help with obtaining a Section 8 voucher to subsidize their rent.

Section 8 is a federal program administered by local housing authorities. Recipients of the vouchers generally pay no more than 30 percent of their income, the vouchers covering the rest, capping out at what is considered a "fair market rent" for that area.

That the couple had succeeded in securing a housing voucher was cause for celebration: The average wait time in the country is two and a half years, and that’s just for people who have managed to get on the list. Other qualified applicants must wait until their local housing authority opens up the application period just to enter the queue. In Seattle, that’s unlikely to happen for at least another three years, when the current waitlist is cleared, according to Seattle Housing Authority spokesperson Kerry Coughlin.

But as competition in Seattle and King County increases and housing prices soar, the power of housing vouchers is diminishing. Year after year, fewer Section 8 holders in the area are successfully leasing housing before their vouchers expire, with Seattle, in particular, seeing a dip in success rates among voucher holders.

For Seattle Housing Authority, only 44 percent of voucher holders succeeded in finding housing at the end of 2017. That's down from 57 percent in 2013.

The King County Housing Authority had a 70 percent success rate in 2017, which is actually an improvement from 2016, thanks to a concerted focus on improving the success rate. But before then, spokesperson Rhonda Rosenberg said, that number "used to be a lot higher."

After moving in with Forbes’ mother, the couple won back custody of Kandace, a pigtailed two-year-old who’s shy of strangers. But their housing search was dragging on, month after month. Graap estimates they were rejected 5-6 times by potential landlords, but Forbes quickly interrupts to say it was much more than that. At one point, they thought they’d been accepted to an apartment in Factoria, getting so close to leasing it that the King County Housing Authority came out to inspect the apartment to make sure it checked out.

But then they were abruptly turned down by the landlord, which Graap believes was the result of their background checks.

As the voucher expiration date approached, Forbes says it was “absolutely” getting stressful. Those who fail to find housing before the voucher expires must re-apply, which inevitably puts them at the back of a long line.

Both the Seattle Housing and King County Housing Authorities are tasked with doing the best they can with what the U.S. Department of Housing and Urban Development (HUD) gives them. And that means experimenting with ways to keep the waitlist in check while also maintaining a reasonable success rate for those who do receive a voucher.

“You’ve only got so many dollars, so we’re trying to figure out the most efficient ways to target those dollars,” says King County Housing Authority spokesperson Rosenberg. “People think housing authorities are a Subway franchise or something, with the same business models, but it’s not like that.”

Until March 2016, the vouchers administered through the Seattle Housing Authority expired after only 60 days. But the agency changed that to 120 days, with two 30- day extensions, giving tenants 180 days to use a voucher.

Meanwhile, the KCHA gives clients 240 days to find a place to live.

But with a finite number of vouchers, extending the expiration date risks extending the waitlist. “Do you [spread] this around so you serve the same number of people but everyone pays a little more?” wonders Rosenberg. “Or do you serve fewer people but give more money? We’re always constantly reviewing that. There’s no easy answer. There’s no magic bullet. You only get what you get from HUD.”

In both Seattle and King County's tight housing markets, success rates are among the top concerns for both housing authorities. It is such a concern, in fact, that in its brief to incoming Seattle Mayor Jenny Durkan (obtained through a public records request), the Seattle Housing Authority listed the “reduced purchasing power of Housing Choice Vouchers in the Seattle market” as the most pressing issue facing the housing authority.

In addition to the dropping success rates, SHA is also noticing more requests from tenants to move to new apartments — a 27 percent increase from 2016 to 2017. In its brief to Durkan, the housing authority says this is likely due to a landlord increasing rent and pushing the residence beyond what the person or family can afford, even with a voucher.

SHA spokesperson Coughlin says there are a number of reasons why success rates might be dropping, including more denials by landlords due to criminal or credit records.

Theresa Curry Almuti, the Homeless Prevention Supervisor with Solid Ground, says factors such as criminal records, credit histories and past evictions often raise the barrier for voucher holders. "Even in places like Seattle or Bellevue where it is illegal for landlords to not rent to a prospective tenant based on the fact that they have a Section 8 voucher, in my experience some landlords will still find other ways not to accept those tenants,” she says.

But overall, the working assumption is that the region's housing prices are simply eclipsing the subsidies provided through Section 8 vouchers — and the affordable housing stock is decreasing. Housing prices in King County are up 15 percent from a year ago, according to Zillow, and the median monthly rent for a 2-bedroom apartment is more than $2,000.

The King County Housing Authority’s success rate is higher due, in part, to the longer shelf life of its vouchers. The agency also serves a broader geographical area, including in a cheaper housing market. KCHA also has a tiered system, whereby families who want to live in more expensive cities like Bellevue get a larger subsidy than families eyeing less expensive areas.

The ending of their search for housing is a happy one for Graap and Forbes: They found a place near downtown Bellevue, an apartment with a balcony and a view of trees. They pay $1,900. Being from Wisconsin, Graap has decorated the place with Green Bay Packers gear.

The couple's landlord liked them in their first face-to-face meeting and didn’t bother with a credit or background check, said Forbes. Now that they’re settled, Graap hopes to find work as an electrician, while Forbes hopes to return as an insurance agent.

They know they're lucky. Forbes says she has a friend with three children who still hasn’t found a place to use her voucher and is worried it will expire. And with a proposed $6 billion cut to HUD, funding for housing vouchers could get tighter.