Shocker: It's mostly men moving to Seattle for tech jobs 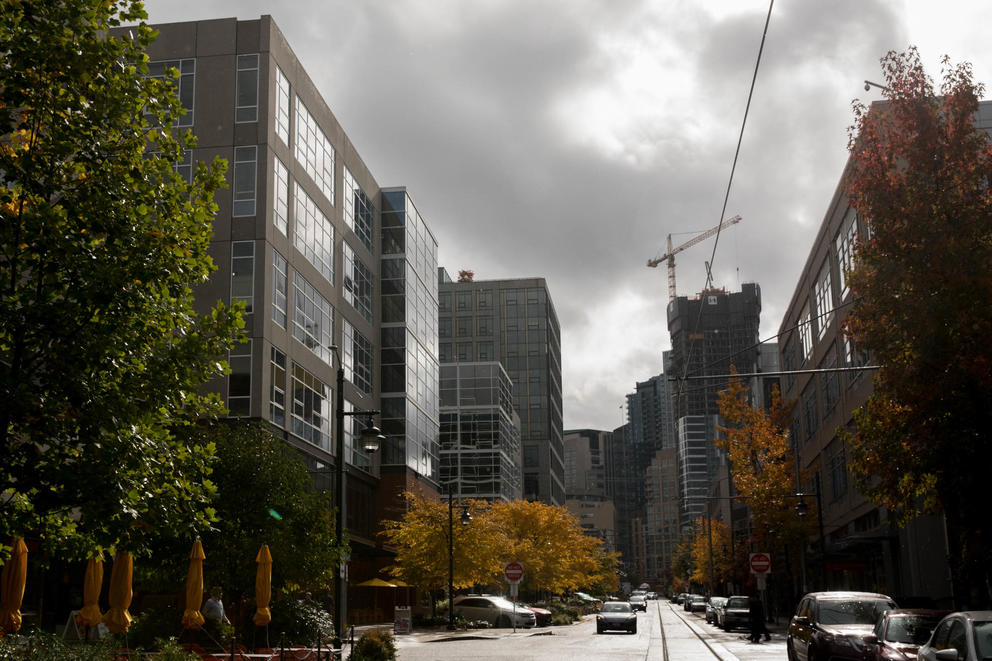 For every four men who moved to Seattle for a tech job in the last decade, only one woman did, too, according to a recent analysis that looked at the trend of tech transplants nationwide.

To industry experts and academics, the findings from the careers website Paysa.com came as no surprise. The data is more of the same — evidence of a gender void in the technology sector that has been well-documented but is slow to change.

Amid a social push for hiring reforms in recent years, Microsoft in 2015 was hit with a lawsuit accusing it of gender bias in its hiring practices. Facing public pressure around the same time, several major tech companies disclosed their workforce demographics — proving what many already perceived: The industry heavily favored men.

"Unfortunately, it’s not shocking at all," Ed Lazowska, a computer science professor at the University of Washington, said of Paysa's findings. "This is a field that has a tremendous gender imbalance."

But there could be hope. With growing social awareness about gender equity and key advances being made in computer science education — such as coding courses now starting as early as elementary school — "I think [change] is going to accelerate rapidly," Lazowska added. "Everybody is finally paying attention."

Analysts at Paysa — a website that tracks salaries and jobs data with the goal of empowering workers to seek better pay — looked at the “tech talent migration” that, the website says, drove more than 77,000 people to relocate to the Pacific Northwest, Silicon Valley and other hotspots during the last 10 years.

The 2017 study focused on pay raises tech workers were likely to enjoy when they moved — for instance, an average salary bump of $139,000 when moving from San Diego to Seattle — but Paysa analysts also highlighted the gender and educational demographics of transplants, too.

Among those relocating to Seattle, they found almost 81 percent were men.

Paysa’s findings are in line with other national data that have revealed deep disparities in gender equity in the tech sector, said Hsuan-hua Chang, a business coach and consultant in Seattle and the regional director for Women In Technology International (WITI).

"One area we can work on is to encourage more women students in the technology field," said Chang, who used to work at AT&T. "If we encourage the students more, the women students, I hope they will see the opportunities and feel that they can compete with the men."

Just 26 percent of professional computing jobs in the U.S. workforce were held by women in 2016, according to data compiled by the National Center for Women and Information Technology — a non-profit community of more than 1,100 universities, companies, nonprofits and government entities, which counts Microsoft as among its top partners. (That national figure was even more disparate when broken down by race: 5 percent of the tech workforce that year was Asian women, 3 percent was African American women and 2 percent was Hispanic women, the center reported.)

Chang said it's important for female tech workers to find mentors and women in leadership whom they can learn from and talk with, but she said it's also vital that companies create a culture where women are valued. That would help companies hold on to the few women they do have, she said.

Experts also emphasize the culture shift in promoting women in tech must start earlier: In school.

"If you really work at it, you can make a difference," he said, noting the program has facilitated summer camps for girls and workshops for teachers as among UW's ways of trying to narrow the gender gap in the computer sciences.

Margaret O'Mara, a history professor at UW who specializes in the history of tech, said it will take time to see the cultural shift that recent awareness has sparked. Although more people are seeking careers in tech, the overall proportion of women in the field is declining, she said.

She said the "classic pipeline problem" still lingers. "It's about getting girls excited about science and math, then at the collegiate and graduate level, and creating programs that are attractive to women," O'Mara said.

She noted, though, "the tech industry has talked more about gender imbalance in the last two or three years than it ever has; it used to always be a murmured conversation among the small cadres of women engineers."

Facing increased scrutiny over their hiring practices and the disparities in their employee demographics, tech giants — like Seattle-based Amazon and Microsoft — are aiming to improve the male-to-female ratio in their offices and are heavily promoting efforts for inclusiveness and for empowering workers of different backgrounds.

Amazon — which has more than 40,000 employees at its headquarters campus in Seattle — reported its global workforce was 61 percent male to 39 percent female, as of July 2016. Among managers, the gap was wider: Men dominated 3-to-1.

Microsoft's demographics report shows gradual progress year over year. Among both its tech employees and Microsoft leadership, the company reported 81 percent was male in 2017 — compared to 82 percent the year before.

Amazon doesn't break out the gender gap among its "tech" employees, and it's not clear how exactly Microsoft defines which of its employees fall into that specific category.

Neither Amazon nor Microsoft would make a spokesperson available to Crosscut to discuss the companies' hiring practices, but in general statements, both companies emphasized their commitment to workforce diversity and gender equity.

A lawsuit accusing Microsoft of gender bias has been winding its way through federal court, after being filed in 2015. Last fall, the three lead complainants asked a judge to add more than 8,600 plaintiffs, which would make it a class-action suit. The tech giant is defending itself against both the original claim and the women's request to expand the case.