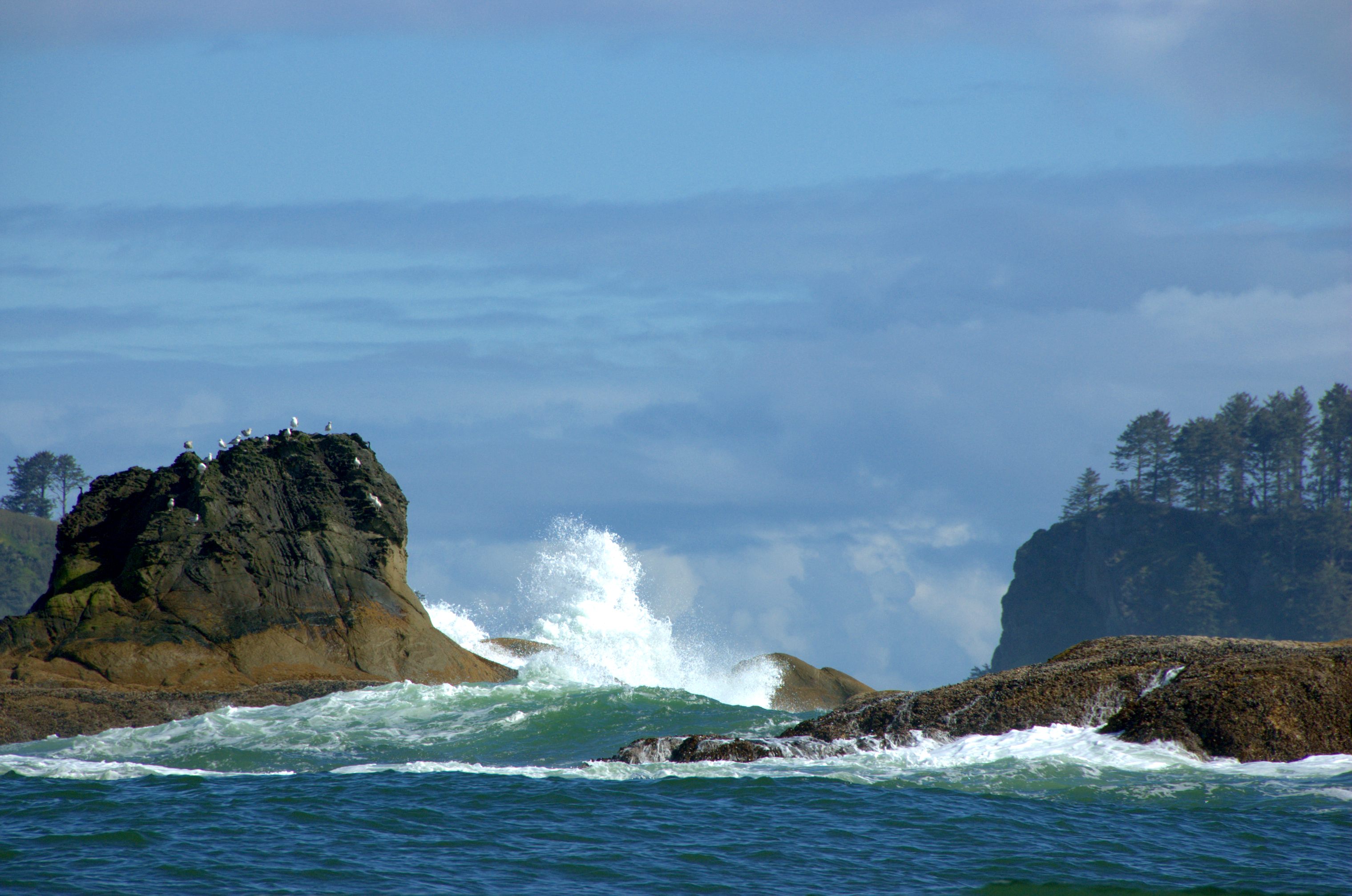 A view on Washington's Olympic coast.

Mike Cassinelli is the owner of Beacon Charters in Ilwaco, at the mouth of the Columbia River. Mike makes his living taking recreational anglers fishing for salmon and sturgeon, but never sends a boat out before checking the weather. The Washington coast doesn’t often get catastrophic storms, but we do deal with some of the world’s most persistently rough weather.

Like every other coastal mariner, Mike relies heavily on NOAA-funded weather monitoring to make it safely back to port. Coastal communities also rely on the agency’s tsunami warning system. However, NOAA isn’t just about weather: The agency is also the central hub for salmon restoration funding, shoreline planning and maintaining our valuable shellfish industry, to name just a few of its other responsibilities.

In short: NOAA is an inextricable part of life on the Washington coast.

As of right now, there is no federal budget to pay for NOAA and other agencies during the current fiscal year. Instead, Congress has begun executing an increasingly common budgetary maneuver: passing short-term funding extensions — in D.C. parlance, continuing resolutions — of the old budget. There have been three so far, with the current one set to expire on Jan. 19.

This is more than an exercise in bumbling bureaucracy.

Continuing Resolutions prevent federal agencies from planning ahead and may lead to important projects and initiatives being put on hold. In the scrum of last-second lawmaking, there is concern that the issues core to Washington’s coastal communities — and coastal communities across the country — will fall by the wayside.

As members of Congress negotiate over federal funding and revenue, they need to remember to properly fund agencies like the National Oceanic and Atmospheric Administration (NOAA) that protect coastal economies, public safety and the environment.

Salmon and habitat restoration projects on the Washington coast are core components of our natural resource-dependent economy, supporting a broad range of family-wage jobs in an area with unemployment rates among the country’s highest. Restoration work has opened more than 715 miles of habitat to spawning, rearing and migration over the past eight years. The work also improves the resiliency of our roads and bridges in the face of flooding.

The Coast Salmon Partnership — a coalition of coastal counties, cities, tribes, ports, businesses, watershed councils and conservation groups — works with the NOAA-administered Pacific Coastal Salmon Recovery Fund to restore and protect Washington state’s strongest remaining wild salmon populations and the watersheds they call home. And for every $1 million spent on watershed restoration, over $2 million is generated in total economic activity.

You could tell a similar story about anywhere on the U.S. coastline: Our circumstances may be different, but we all rely heavily on NOAA. Yet way back in March, when the federal budget debate began, the Trump Administration proposed massive cuts to the agency’s budget. The House of Representatives’ budget called for deep cuts as well. Fortunately, the Senate has offered a budget package to preserve NOAA funding near its current levels.

U.S. Representatives Derek Kilmer, D-Gig Harbor, and Jaime Herrera Beutler, R-Vancouver, and the state's two U.S. senators, Democrats Patty Murray and Maria Cantwell, have all spoken out against cuts to NOAA weather monitoring, the Pacific Coastal Salmon Recovery Fund and other programs coastal communities rely on. As Congress reconvenes this month to sort the budget out once and for all, I hope they and other representatives from Washington stand strong and rally support for NOAA’s much-needed funding. They should put the prosperity of our coastal towns ahead of politics and fight to maintain funding for this critical agency.

Mike Cassinelli just left his seat as the mayor of Ilwaco. He recalls stories from the old days, before NOAA installed their state-of-the-art weather buoys, when crabbers would leave port in the winter and never return, swallowed up by a rapidly developing storm. Now, thanks to the buoys, mariners know when it’s safe to go out and when it’s not. 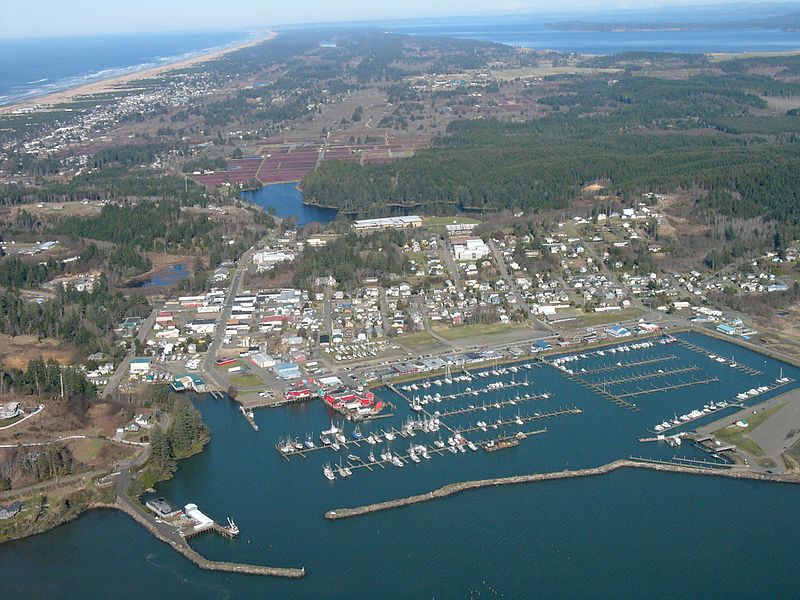 Ilwaco lies on the Long Beach Peninsula, on the north bank of the Columbia River where it meets the Pacific Ocean. Credit: Sam Beebe/EcoTrust

Similarly, highly trained pilots navigate vessels around the treacherous sand bar at the Columbia River’s mouth using NOAA weather models and buoys. Without them, the river’s multibillion dollar shipping industry would grind to a halt.

From the mouth of the Columbia River to the Atlantic seaboard and the hurricane-hit Gulf Coast, our lives and livelihoods are at stake. That’s true regardless of which stretch of the United States coastline you occupy.