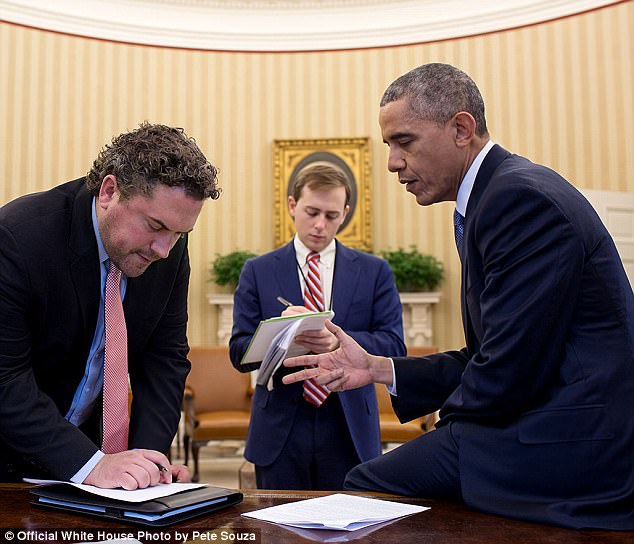 “Did you hear what Trump said today?” may have been the most frequently uttered words around offices and kitchen tables over the past couple years. With a POTUS who makes startling statements, and sends even more surprising tweets, the American people are thinking, perhaps more than ever, about the power of the President’s words.

President Trump is famously unscripted, of course. In most administrations, there's a whole team of speechwriters and fact-checkers that picks over POTUS's every syllable.

What's it like to be a White House speechwriter or a press secretary — to put words in the mouth of the world’s most powerful person? And what is it like to watch the person at the top ad-lib in a high-stakes, high-pressure situation?

Find out at the Crosscut Festival, Saturday, February 3 at Seattle University, where attendees will hear from wordsmiths who worked under presidents Barack Obama and George W. Bush about what the work was like during their time in Washington, and their take on the current occupant of the White House.

Former George W. Bush speechwriter David Frum, Bush’s White House Press Secretary Scott McClellan and former Barack Obama speechwriter David Litt will appear together on one stage. Crosscut and KCTS 9 Executive Editor Greg Hanscom will moderate, drawing out stories from their White House years, and getting their thoughts on the chaos and crossed wires within the Trump administration.

McClellan wrote a tell-all about the Bush administration and the Iraq War, “What Happened: Inside the Bush White House and Washington's Culture of Deception.” Litt’s new book “Thanks, Obama: My Hopey Changey White House Years” discusses growing up in the Obama administration, sort of. (The humor writer was only 24 when he went to work as a presidential speechwriter.) And Frum’s new book “Trumpocracy: The Corruption of the American Republic” argues that the Trump administration is damaging our democracy.

Other panels in the day-long keynote festival track will feature Obama’s HUD secretary Julián Castro, police chiefs from across the country (including Seattle interim Chief of Police Carmen Best), and big-city mayors from around the region.

Special thanks to the Bill & Melinda Gates Foundation, the Kerry and Linda Killinger Foundation, and all of our other sponsors for making the event possible. The Northwest has been hungry for a gathering like this. We anticipate that it will become an annual happening that you will not want to miss.