Time for a new sexual revolution? A Q&A with Vanessa Grigoriadis 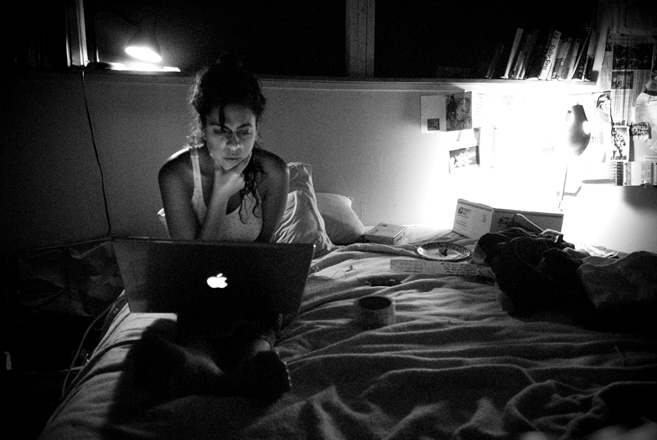 To research her new book about campus sexual assault, Vanessa Grigoriadis interviewed hundreds of students on dozens of college campuses across the country, looking beyond the “he said, she said” narrative by talking to survivors of assault, perpetrators, activists and experts.

The result, “Blurred Lines: Rethinking Sex, Power, and Consent on Campus,” is an in-depth look at college life in the age of social media and dating apps. It's required reading for new college students and their parents.

Vanessa Grigoriadis will appear at Crosscut Festival this Saturday at Seattle University, joining a panel that will discuss the topic of campus assault.

Leading up to the festival, Grigoriadis answered a few questions for Crosscut about her book, how students can protect themselves and the #MeToo movement. The following has been edited for brevity and clarity.

Q. “Blurred Lines” follows the story of Emma Sulkowicz, who led a movement against sexual assault at Columbia University. What drew you to Emma’s story?

A. Several years ago, I noticed that the writing in mainstream women’s blogs and magazines began to include news about sexual assault and harassment, topics that were verboten just a few years beforehand. As these ideas spread, I realized that we were on the cusp of an amazing moment in American culture. What was dismissed as freakish and marginal in the 1990s, another P.C. era, was going to take its place in the mainstream in 2015 and stand solidly with two feet. People were going to reckon with the female experience of not only sex but sexual assault.

I began keeping a clip file, and when the college sexual assault issue started to hit the major papers, I wrote a piece about Emma Sulkowicz, aka “Mattress Girl,” for New York magazine’s cover. The article was entitled, “A Very Different Sexual Revolution,” and I think it has proven to be that, and much more.

Q. You interviewed around 120 students from about 20 universities about sensitive topics surrounding rape and assault. What was this experience like as a listener?

A. All my encounters with students resonated deeply with me. No matter where they were on the campus sex spectrum – accusers, accused, frat bros, sorority girls, activists, “woke” dudes — they were often deeply concerned and/or confused about this issue. A few students do stand out though. I met several activists who have used their own wits and growing connections with each other to build a nationwide movement from scratch. I also met accused boys who have effectively been shut out of higher education, and who live day-to-day with trauma they don’t know how to address.

Q. It is an interesting time for this dialogue when looking at national conversations like #MeToo or Time’s Up. What do you think the future of these movements are?

A. I think those movements have already made substantial change, and will continue to do so. What we’re seeing now is that techniques of college activism are already migrating into society, as is the sense that sex itself is a worthy focus for activism. Trump’s election and the patriarchy it embodies have drawn the battle lines more sharply, and young women will not back down. I also see a gradual but inexorable awakening among young men. As they leave college and enter the world, many of them will bring with them the wokeness they got at school.

Q. What advice would you give to young women in college?

A. There’s an interesting trend right now where universities are starting to say, “OK, let’s get away from this assault conversation and move toward positive sexuality.” They’re asking: “What does ethical sex look like?” Maybe we should talk to students about positive healthy relationships.

And I agree with this. But I also think that women should take some basic self defense so they feel empowered if a bad situation does arrive.

Beyond this, I believe we should shut down or co-educate fraternities, as Harvard has done. Only this drastic action will transform the social scene on campus, making it safer for everyone. The Greek system is a powerful brake on progress and really needs a revolution.

The Crosscut Festival, this Saturday at Seattle University, will put elected officials, business leaders and cultural luminaries onstage with journalists from more than a dozen news organizations from around the region. For more information, or to buy tickets, go to www.crosscut.com/festival. Online ticket sales close Wednesday, Jan. 31 at 11:30 p.m. A limited amount will be available for purchase at the door.