Trump's first year has taught us what's at stake 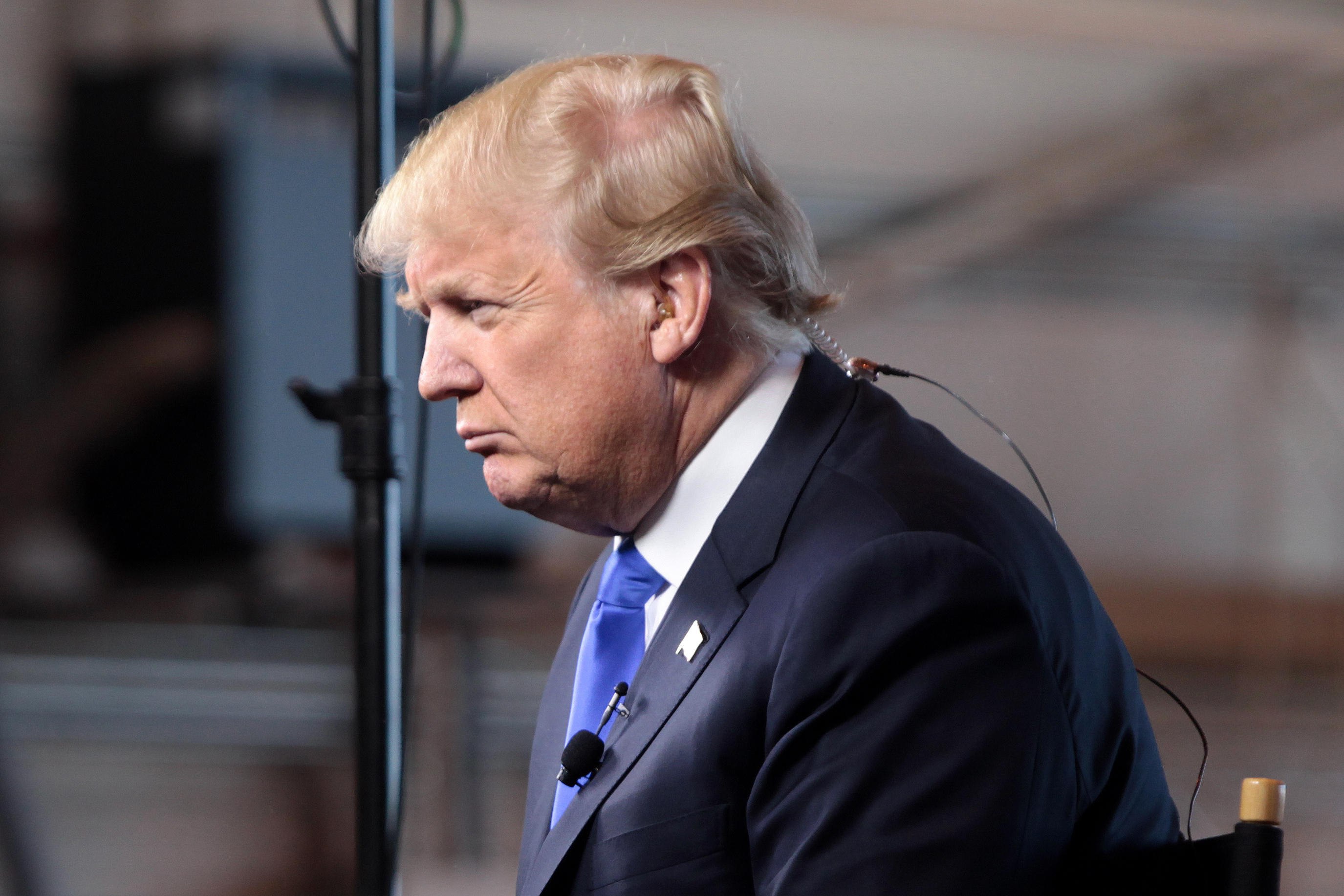 Donald Trump speaking with the media at a hangar at Mesa Gateway Airport in Mesa, Arizona.

Now that we’re a full year from the inauguration there's one thing you can say about Trump: he’s changed some of our habits.

Immigrants now look more fearfully over their shoulders. Farmers and drillers look eagerly to the EPA for more cuts in regulations. Middle-class folks check their 401(k) balances to see what the stock market bubble is doing for them today. News junkies are used to 3 a.m. Twitter checks to see what news is emanating from “executive time” in the West Wing.

For Seattleites, it hasn’t been a happy year. Most residents are pessimistic about the nation's prospects. Not everyone is unhappy in the state, especially Republicans who are feeling upbeat about the future. In general, though, a plurality of voters give our “stable genius” a solid “F” at the end of his freshman year.

What have we learned from the past year? Is it that every low bar of expectation, rhetoric and governance can be lowered still, until we’re deep in the shithole? That many people who voted for Trump don’t want to discuss him, though they like his populist policies and “honest” talk? That discussion about race is more important than ever as white nationalists draw strength from a president who has thrown away the dog whistle? That life goes on despite the steady erosion of democratic foundations and norms?

Our Republic is suffering from the effects of political climate change. There are big challenges ahead.

Give up the notion that Special Counsel Robert Mueller will save us — no president had been successfully removed through impeachment, though Richard Nixon resigned. But Nixon had shame.

So, even aside from what might happen this year in terms of investigations, possible indictments, or a breakdown of 25th Amendment proportions, there will be chaos ahead: Trump thrives on it much like he thrives on junk food. The Cringe-TV he helped pioneer is now Cringe-Governance.

There are many real issues and crises we in the Northwest must respond to. There are DACA recipients left hanging and an immigration system under attack and far from comprehensive reform. There’s the Justice Department’s threatened crackdown on Washington’s booming legal marijuana industry. There are Trump’s attacks on free trade pacts that greatly benefit the state’s hometown exporters, from Boeing to apple growers.

Take a breath, there is more.

There’s the possible poisoning of Alaska's Bristol Bay by a gold mining project that would threaten our region’s fishing industry and some of the last wild salmon runs. There’s the possibility of oil wells being built off Washington's coast. There’s even worry about the looming possibility of an incoming North Korean nuke. The two men with their fingers on their respective buttons do not instill confidence or calm. Hawaii’s recent false missile attack alert is reminiscent of the Cold War fears that sent many of us scuttling under our school desks in the early ‘60s.

Dismal as it is, there are some encouraging signs for 2018 for those who want change, a reversal of course and who are willing to seize the moment.

Trump has given the news media a boost, and civic engagement is thriving. People are in the streets marching. More women than ever are running for office. This coming year will be a battle where both pro- and anti-Trump forces will fight it out at the ballot box — hopefully ones where the Russians haven’t been tinkering. Locals are joining that national fight. Gov. Jay Inslee is leading a national charge among the nation’s Democratic governors to take back state capitals. Attorney General Bob Ferguson is tackling the administration in court (19 lawsuits now). National and state polls indicate an advantage for Democrats. Special election results have been encouraging. Remember Alabama — and black women.

The midterm elections will be a referendum on Trump for Republicans, a chance for centrist independents to make a mark if they can make their case, and it’s a critical opportunity for Democrats to stem the Trump tide if they can capture one or both houses of Congress.

Democracy is battered, but not dead if people turn out. As Yale history professor Timothy Snyder writes in his small but potent 2017 tract “On Tyranny,” pushing back includes this: “Vote in local and state elections while you can.”

Tyranny is best stopped in its early stages. As President Dwight. D. Eisenhower said in his farewell address warning about a takeover of the U.S. by the military-industrial complex, “take nothing for granted.” With tactics like voter suppression and gerrymandering, many Americans don't take voting for granted because it has been taken from them.

Ben Franklin reputedly said our new country was a “Republic, if you can keep it.”

If you can keep it.

That is the challenge of 2018. Remove the “if” and take back the Republic.

In the elections ahead, look for the truth amid the mudslinging. Demand campaigns that are inspiring and worthy of us. Don’t be afraid to call out the bullshit. Vote while you can.

Trump’s first year has taught us the importance of stamina. Trump has it — his administration will continue to aggressively pursue its agenda and consolidate power. Progressives will have to keep their eyes on regaining leverage state by state, seat by seat, district by district. It’ll be a slog.

This year will mark the centennial of the end of the World War I — just after the elections in November. Our political landscape this year might resemble the trench warfare of that cause.

Dig in for a long, pivotal democratic siege.