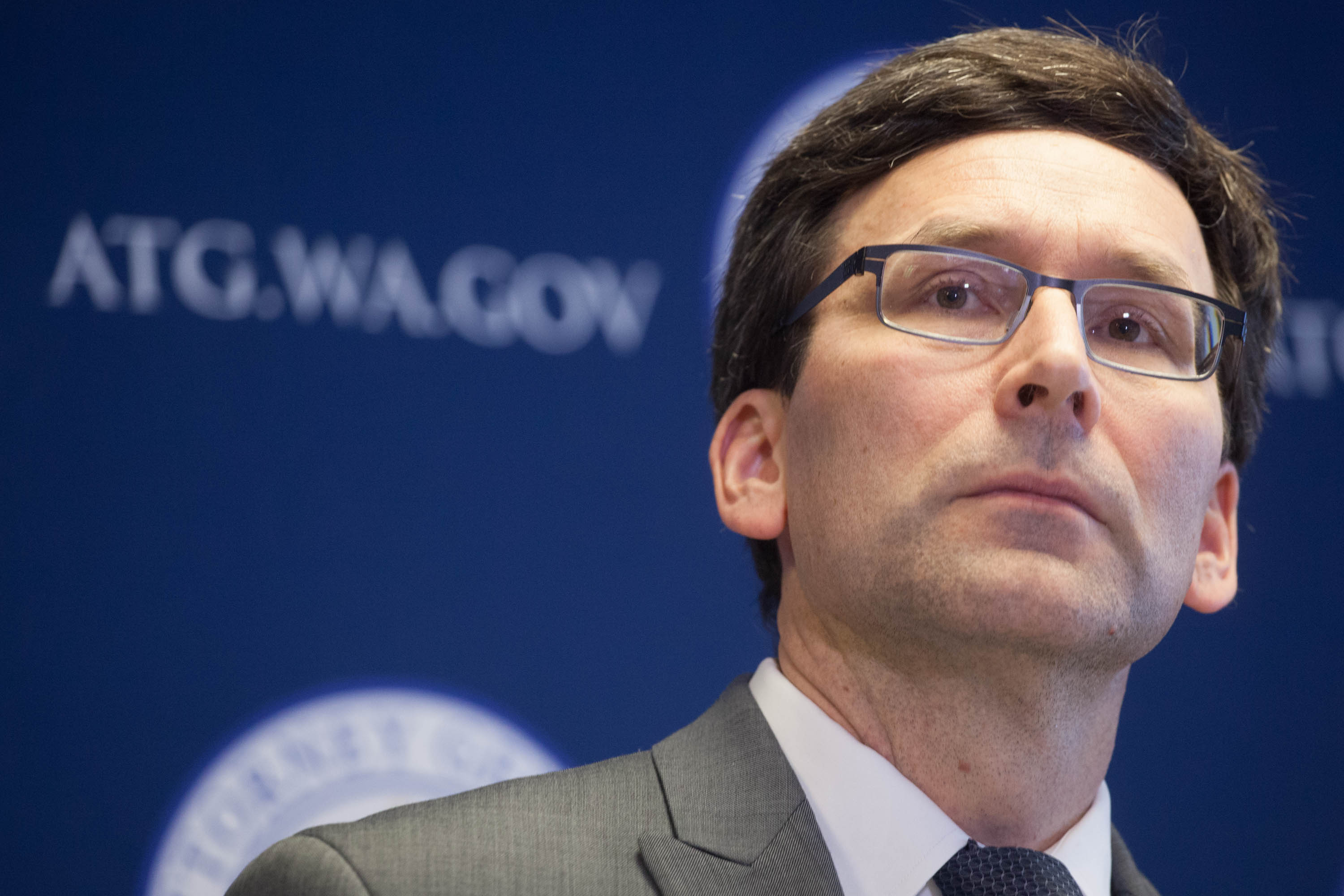 When President Donald Trump issued an executive order attempting to prevent travel to the United States from seven majority-Muslim nations, Washington state Attorney General Bob Ferguson sued, eventually winning an injunction on the most controversial elements of the proposed law. Overnight, the little-known attorney general with deep roots in Washington state became a standard bearer of the “resistance.”

When Trump issued the travel ban, it “really pissed me off,” Ferguson said in a September Crosscut piece. But he said he wasn’t surprised. His office had taken scrupulous note of the candidate’s campaign rhetoric, and they were holding weekly meetings to discuss the new administration, anticipating — correctly, it turns out — some kind of constitutional controversy.

Ferguson did it again last September, when he led Washington in joining 14 other states and the District of Columbia in another lawsuit against Trump, this time challenging his repeal of an Obama-era immigration policy. The program, called Deferred Action for Childhood Arrivals or DACA, provides legal status to almost one million immigrants who arrived here as children. Ferguson also sued hotel chain Motel 6 after it admitted to providing U.S. Immigration and Customs Enforcement agents with guests’ private information. To date, Ferguson has filed 19 lawsuits against the Trump administration, with five successful and 14 pending.

On Feb. 3, Bob Ferguson will speak at the Crosscut Festival, a two-day event that will bring together some of the best minds and biggest names in the Northwest. Rising political star Julián Castro will headline the festival. Also be among the more-than-70 speakers and panelists: former Barack Obama speechwriter David Litt, former George W. Bush speechwriter David Frum, and Zoë Quinn, the video game designer who was targeted during Gamergate.

The Festival, to be held at Seattle University, will put elected officials, business leaders, and cultural luminaries onstage with journalists from more than a dozen news organizations from around the region. It’s the Northwest’s answer to the New Yorker Festival or the Aspen Ideas Festival. We expect 1,500 people to attend, including hundreds of Washington college students.

Bob Ferguson will be part of a panel that discusses the future for DACA recipients during this tumultuous political time, along with Carlos Rodriguez, former Seattle U student body president and undocumented immigrant. The panel will be moderated by Crosscut Staff Writer Lilly Fowler.

Other panels in the track on race and social justice will explore police use of deadly force, reparations, sex and consent on campus, gentrification, and education equity.

Special thanks to the Bill & Melinda Gates Foundation, the Kerry and Linda Killinger Foundation, and all of our other sponsors for making the event possible. The Northwest has been hungry for a gathering like this. We anticipate that it will become an annual happening that you will not want to miss.