When a rideshare trip leads to fear and disgust A Lyft Glowstache glows on the dashboard of a car in San Francisco on Feb. 3, 2016.

You want to get into the backseat of somebody else’s car and get lost in your phone while the Lyft driver takes you home. You have plans to buy white lilies for your abuela and a lyric novel for yourself — Daughters of the Air by Anca Szilágyi. You want to check your email Facebook Instagram Twitter.

You don’t want to worry about your driver, but he isn’t acting like a professional tasked with taking you to your destination.

His sporty little sedan coasts down a steep hill. You’ve left your friends behind on Capitol Hill, and you’re alone now, except for this man behind the wheel, watching your face as he asks, “Do you have a boyfriend?”

“A husband,” you explain.

“A husband?” He repeats your answer as though he does not believe you. “And children,” you say with an assertive nod. You want to reinforce the notion that you are off limits, but there is no such thing.

“You have children?” He asks, but he already knows the answer.

Heading south to Rainier Valley, you don’t want to second guess your decision to input your home address into Lyft’s app. Using a neighbor’s address seems wrong, as though the evil eye might fall on their family. Getting dropped off down the block seems risky. You know it’s not always safe for a woman to walk in the dark.

In that confined back seat, you act like you don’t notice that he’s not looking at the road. He’s staring at you in the rearview mirror. At the next stoplight, his glance drops to his dash-mounted phone. You try the door, slowly, so he can’t hear if you fail. Locked.

Keep your wits about you, you urge yourself. Show fear, and he’ll maintain the upper hand.

You have encountered predators in every institution where you’ve worked and in every city where you have ever lived. If you allowed fear to seep into your marrow, you would never have walked back into a newsroom given the battery of “compliments” you received about your clothes, hair, body, face, even your voice. If you walked away from situations in which you were objectified or threatened, you would never have found a place in the world.

So, you’re used to it by now, which is scary. You figure you can handle him. Deal with the situation at hand, you say to yourself. Ask questions. You’ve had long talks with drivers about global literature and politics, even personal histories. You engage him with banter.

He pulls up to your house. When he presses the unlock button so you can open your door, your relief is total. Lucky, aren’t you? Always have been.

You share your disgust on Facebook: “I am so tired of being hit on by Lyft drivers. I just want to get home safely. Instead, I'm fielding questions about whether I have a boyfriend. In the meantime, he controls the locks and our route.”

Friends call. Colleagues comment. You hear horrifying details about what happened to other women, who, like you, just wanted to get home. So many stories. You weren’t drugged, raped, robbed and left naked on a doorstep by a driver. You weren’t stalked down the street while a driver screamed, “I see where you live!” You weren’t harassed while your baby rode in the backseat with you. You didn’t hear your neighbor moaning on her stoop after being assaulted by her driver.

You click on the sad face emoji instead of crying, hours into a day you meant to spend writing. Think about the weeks months years careers that women have lost to sexual predation. The true cost of violence cannot be measured by the initial trauma but must also include time spent managing the aftermath, regardless of whether the assault is reported. This displacement prompts you to action. It’s your turn.

Lyft offers a 24/7 critical response line. You submit your phone number. A woman calls right away and encourages you to make a report. Her voice is concerned. She is eager to help. But she can’t explain how Lyft could investigate your claim without sharing personal details with your driver. If you come forward, she promises you won’t be paired with him again. You fear retaliation. “He probably won’t remember where you live,” she says.

Filing your report might protect other women, but it might also put your family at risk. You don’t want to see this man at your door. You hang up.

You get back in touch with Lyft. “Is there some kind of training, even online, to make drivers aware of what constitutes sexual harassment in their workplace?” you ask.  “No,” you are told. The training Lyft offers to drivers: short videos that instruct them to clear stuff out of their cars, drop passengers off curbside, dash mount their navigation systems and offer help to disabled passengers who need to stow their equipment.

CEO Logan Green is quoted on Lyft’s safety page: “We have worked hard to design policies and features that protect our community.”

You sift through Lyft’s terms of service and find this: “Lyft is not responsible for the conduct, whether online or offline, of any User of the Lyft Platform or Services. You are solely responsible for your interactions with other Users.”

How could the company protect passengers from physical and emotional harm when it disavows responsibility for the conduct of drivers?

Lyft’s technology provides 700,000 drivers with income, but Lyft’s terms of service deny responsibility for what happens inside the traveling workplaces created by its app. The terms contain more words to safeguard software than passengers, though there is one mention of “harassment” as forbidden. “We have no control over the quality or safety of the transportation that occurs as a result of the Services.”

By accepting Lyft’s terms, you’ve already agreed to accept binding and final arbitration. Lyft has made sure to limit its liability while keeping its commission.

You had already decided to #deleteUber due to that company’s sexist corporate culture, even prior to the ongoing class-action lawsuit by two women who allege they were raped and that Uber has created a system that endangers women.

Lyft is smaller than Uber, but the rideshare companies use the same tactics to seek profits; since 2014, the cities of San Francisco and L.A. have received separate settlements from both corporations for having created a false sense of security about their background checks of drivers.

Background checks aren’t enough to keep you safe. Many female friends have stopped using rideshare services. You’re tired of defending yourself against aggressive drivers, but you still want the freedom to get out of the house. You wonder, What if the drivers were female?

Women-only rideshare companies like Safr or See Jane Go exist, but they’re not yet in Seattle. You wish they were. You’re ready for a woman at the wheel. 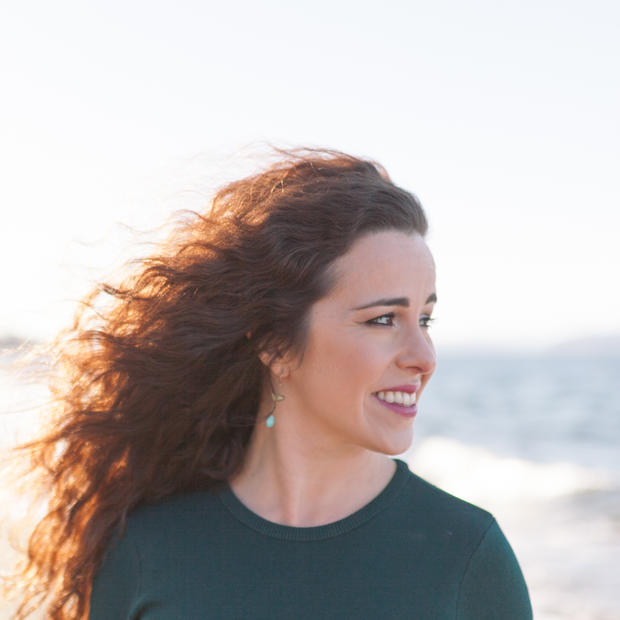 The current Prose Writer-in-Residence at Hugo House, Kristen Millares Young is the author of the novel Subduction.