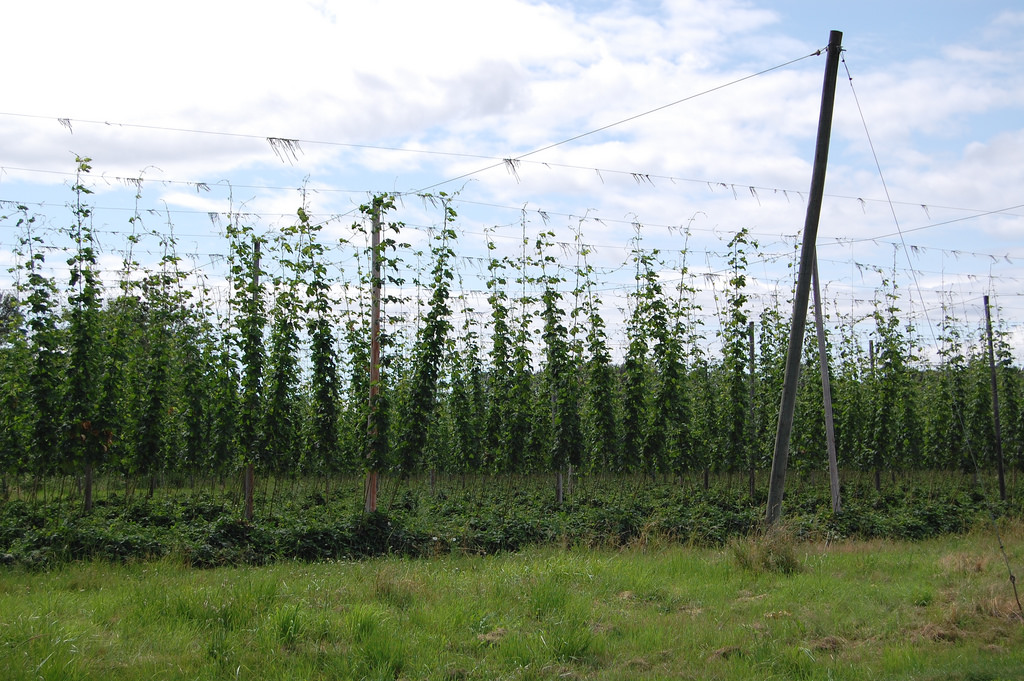 According to the Washington Beer website, there are 372 breweries in Washington state. 3-7-2! It’s a number that climbs year over year, and I’m not complaining — drinking craft beer is a tasty way to support small business, artisan craft, and local growers (who grow about 75 percent of the hops produced in the United States). At Pacific Science Center’s after hours Brewology event, meet dozens of brewers (and cidermakers) from the area, representing staples like Fremont and Redhook to smaller breweries like Georgetown’s Jellyfish Brewery and Flying Bike Cooperative Brewery of Greenwood. Tickets include unlimited tastes, demos and after hours admission to the Pacific Science Center (currently featuring a Virtual Reality micro-theater).

Every year, University of Washington’s Jacob Lawrence Gallery hosts an artist-in-residence program dedicated to exploring artists and ideas of the African diaspora. For 2018, the artist-in-residence is conceptual artist, Stranger Genius Award winner, Seattle Public Library arts and civic engagements programmer C. Davida Ingram. For the month of January, Ingram created new work, culminating in the exhibition “A Book with No Pages,” in the gallery through the end of February. Ingram’s project, for which she incorporated dialogues with community organizers and others, focuses on “venerating pioneering Seattle Black artists: Jacob Lawrence, Gwendolyn Knight Lawrence, James Washington and Barbara Earl Thomas.”

Sonia Marshawski: a 91-year-old, a tailor and businesswoman, a great-grandmother, a Holocaust survivor. Her personality, strength and story of perseverance can fill a room and consistently does, as a she moves around the country motivational speaking. Now Sonia’s magic is brought to the big screen in a documentary that tells the story of her past and present as she ran her late husband’s tailor shop in an otherwise empty mall in Kansas City, keeping busy to keep the darkness of her past away. The film explores the far-reaching effects of our pasts and inherited pasts of inter-generational trauma. It does this without dwelling in darkness, because Sonia’s light is too bright.

Confession: I didn’t grow up reading comics. As a result, I come to comics and graphic novels with a blank slate and responding to what’s there. Therefore, I like to be sucked in by a good story. I like art that looks like it’s made by a person, and I like to laugh and be surprised. Box Brown’s graphic novel “Andre the Giant: Life and Legend” checks all of these boxes and then some, painting a picture of the outer and inner life of a person many of us knew next-to-nothing about. Brown comes to Elliott Bay on Monday to talk about his work and latest ambitious book “Is This Guy for Real?: The Unbelievable Andy Kaufman,” which was just released this month. Wherever you are in your comic fandom, add in some Box Brown.

Coyote Central’s Dinners, not unlike Farestart’s Guest Chef Nights, are a combination of two truly wonderful things: an immensely talented local chef and a nonprofit doing vital work in our community. For this edition of Coyote Central’s monthly dinner, join John Sundstrom, the chef behind the acclaimed Capitol Hill restaurant Lark, for a 4-course dinner including wine. Sundstrom, whose training has taken him across the U.S. and Japan, creates dishes rooted in Northwest ingredients that hit all the right notes. Money raised supports Coyote Central’s many programs, which provide students with access to hands-on after school programs with local artists and creators, from chefs to muralists to woodworkers.