7 tips for talking to people you disagree with

Can we all agree that we need to find ways to talk to people on the other side of the political/ ideological divide? Yes? Good. Here are some things to keep in mind. 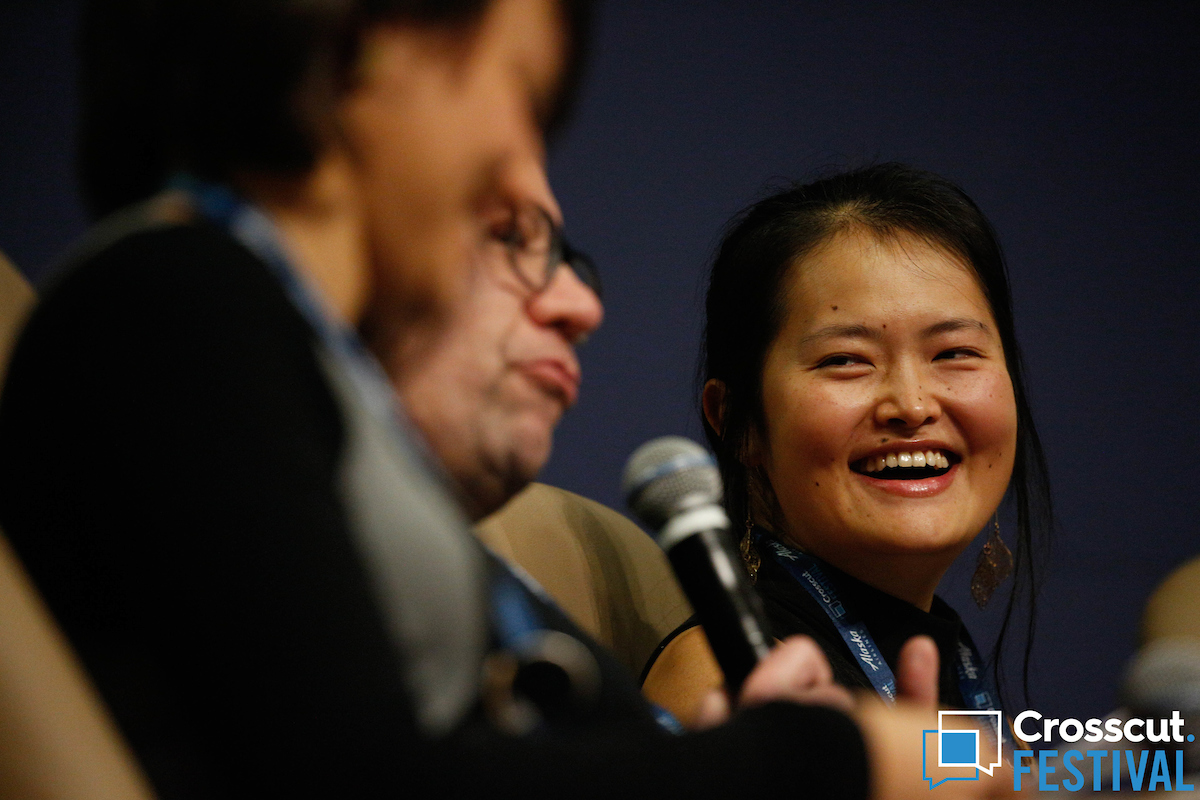 Bo Zhang during 'We Disagree and That's OK' panel at Crosscut Festival 2018 in Seattle on Feb. 3, 2018. (David Ryder for Crosscut)

The 2016 elections were a wakeup call for many Americans who were shocked, simply shocked at how divided we’d become. But while many left-leaning urbanites cried into their drinks about the election of Donald Trump, Washington Post writer Philip Bump had another idea: He published a mapping tool that allowed readers to find the closest place to their home where people voted the opposite of where they live.

“What should you do with this information?” Bump asked. “You should drive to the place ... and make some friends.”

The founders of Seattle’s upstart email newsletter, The Evergrey, decided to take on the challenge. Together with Crosscut, they took a group of Seattleites to central Oregon for some civil conversation with the residents of a county where 74 percent of voters went for Trump.

“It’s never been easy to talk about an issue you care deeply about with someone who disagrees with you,” wrote Evergrey Director Monica Guzmán. “Now, it might be especially hard. But good society thrives on challenging conversation.”

In a session at the inaugural Crosscut Festival, Guzman brought together a group of smart conversationalists to explore how we can approach charged discussions so they lead to better understanding. The group included Guzmán, Evergrey Storytelling Producer Ana Sofia Knauf, self-described “story finder” Warren Etheredge, Mozart Guerrier, executive director of the group 21 Progress, and Boting “Bo” Zhang, who facilitated Between Americans, a conversation across the red-blue divide following the 2016 election.

After the discussion, the moderators challenged the audience to find someone else in the room with whom they disagreed and have a conversation, armed with business cards containing the following tips:

Listen to the entire conversation here: