Nearly 2,000 units of affordable housing are at risk in the case of an earthquake. 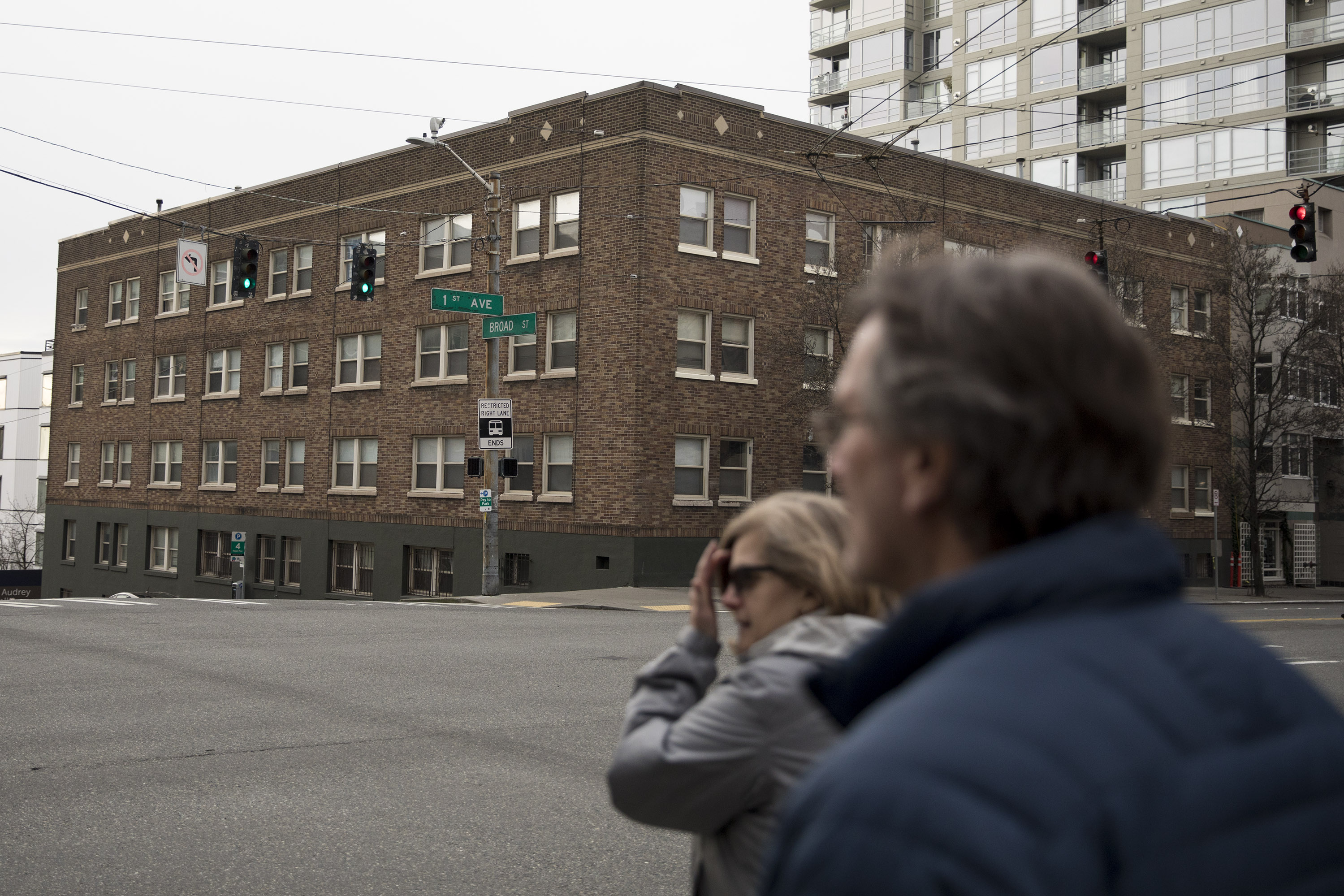 The City of Seattle has labeled Capitol Hill Housing's Bremer building in Seattle's Belltown neighborhood as "high-risk" in the event of an earthquake. Photo by Matt McKnight/Crosscut

As Seattle races to increase its affordable housing stock, the City has a seismic retrofitting problem affecting nearly 2,000 apartments for low-income renters — that could cost as much as $80 million to fix. The city now faces an uncomfortable question: Should scarce dollars go towards making the existing housing safer at the potential expense of building new housing?

By cross-referencing the city’s list of unreinforced masonry buildings with its portfolio of affordable housing, the city’s Department of Construction and Inspections has found as many as 39 buildings containing 1,873 affordable apartments that could be unsafe in an earthquake.

Estimating a retrofitting cost of $45 per square foot to bring them up to safety standards, the Office of Housing warned then Mayor-elect Jenny Durkan during her transition that the city could need as much as $79 million to upgrade the buildings.

The city has set aside funding for the preservation of existing affordable housing. But it has not earmarked anywhere close to the amount needed to fully upgrade the buildings, which leaves a large number of low-income residents vulnerable.

Unlike statewide efforts in earthquake-prone California and Oregon to upgrade all buildings, Seattle and Washington have done little to address this issue. In a council meeting last October, city officials concluded more than 1,100 buildings need seismic upgrades, which could cost as much as $1 billion. The Seattle Times reported that as many as 33,000 people live and work in unsafe buildings every day, including as many as 2,000 people living in affordable housing.

To determine the list of affordable housing units in unreinforced masonry buildings, senior structural engineer Nancy Devine of the Department of Construction and Inspections used permit records as well as on-site inspections and Google street views.

She came up with 39 buildings across Seattle with varying levels of retrofit. She sorted them into two categories: high-risk and medium-risk in the event of an earthquake. Buildings land in either category based on how much, if any, retrofitting has been done, the building’s location and the number of potential victims in case of a catastrophic quake. Two buildings could have the same level of existing seismic upgrades but its location in Pioneer Square — where the geology is less stable  — or its use as a preschool would elevate the building to “high-risk.”

Some buildings already have upgrades so the cost to fully retrofit them varies from as little as $5 per square foot up to $65. To average it out, Devine used the city’s standard average of $45 to come up with the $79 million total.

“That’s truly a ballpark, just to start the conversation,” she said.

The city’s affordable housing providers, which receive funding from Seattle as well as a number of other sources, function on tight budgets and cannot raise rents. Shouldering the full cost of seismically upgrading their buildings at current funding levels would be impossible, they say.

“This could be a $14 million issue,” says Brad Lange, senior director of Asset Management and Acquisitions for Capitol Hill Housing. The housing provider, which owns and manages nearly 50 buildings in the Seattle-area, was notified it had ten buildings that needed upgrades. “We don’t have $14 million lying around to pay for this. We’re already operating on a very thin margin.”

The City Council has revisited the issue of mandating seismic upgrades for decades, including as early as last August. As reported by The Times, City Hall is unlikely to push a mandate until 2019, at the earliest. Lange says his organization is committed to providing safe housing to its residents, but mandating upgrades would be difficult without additional government support. "If government agencies mandate repair and owners are unable to make those repairs, there’s no option but to demolish the building,” he says. That could leave more people without homes.

His colleague at Capitol Hill Housing, Dylan Locati, echoed the point. "To think about adding on this other mandate for preservation, there’s got to be another source of funding.”

But recent battles for more housing dollars have not come easy. In August 2016, voters approved an affordable housing levy to raise $290 million over 7 years, or just over $40 million a year. But only $6 million per year is reserved for operation and maintenance costs; the majority of the total is earmarked to build or purchase new affordable housing.

The City Council also went through a protracted fight over whether to use bonds — essentially its credit card — to raise more money in the short term for affordable housing. It ended up pushing forward $25 million, which will mostly go toward building new units.

The council, during last fall's budget season, engaged in a bitter fight over a proposed business tax to raise an additional $25 million for affordable housing. The tax proposal failed but efforts to revive it continue.

And the City Council recently signed off on Durkan's proposal to sell publicly-owned land parcels property to recoup $11 million for affordable housing.

Lange understands the politics of all of this. The city “wants to say they’re building new units to address the affordability crisis,” he says. “But the city has a huge portfolio of properties they’re already investors in.”

Capitol Hill Housing is hiring engineers to get a better understanding of how much work needs to be done on each of its buildings. In addition to the 10 on the city’s list, it’s inspecting an additional six.

Locati emphasizes that any solution will likely take state and federal funds, as well as city dollars. But all three levels have moved slowly. "It’s going to be a challenge."