What to do about art created by sexual predators 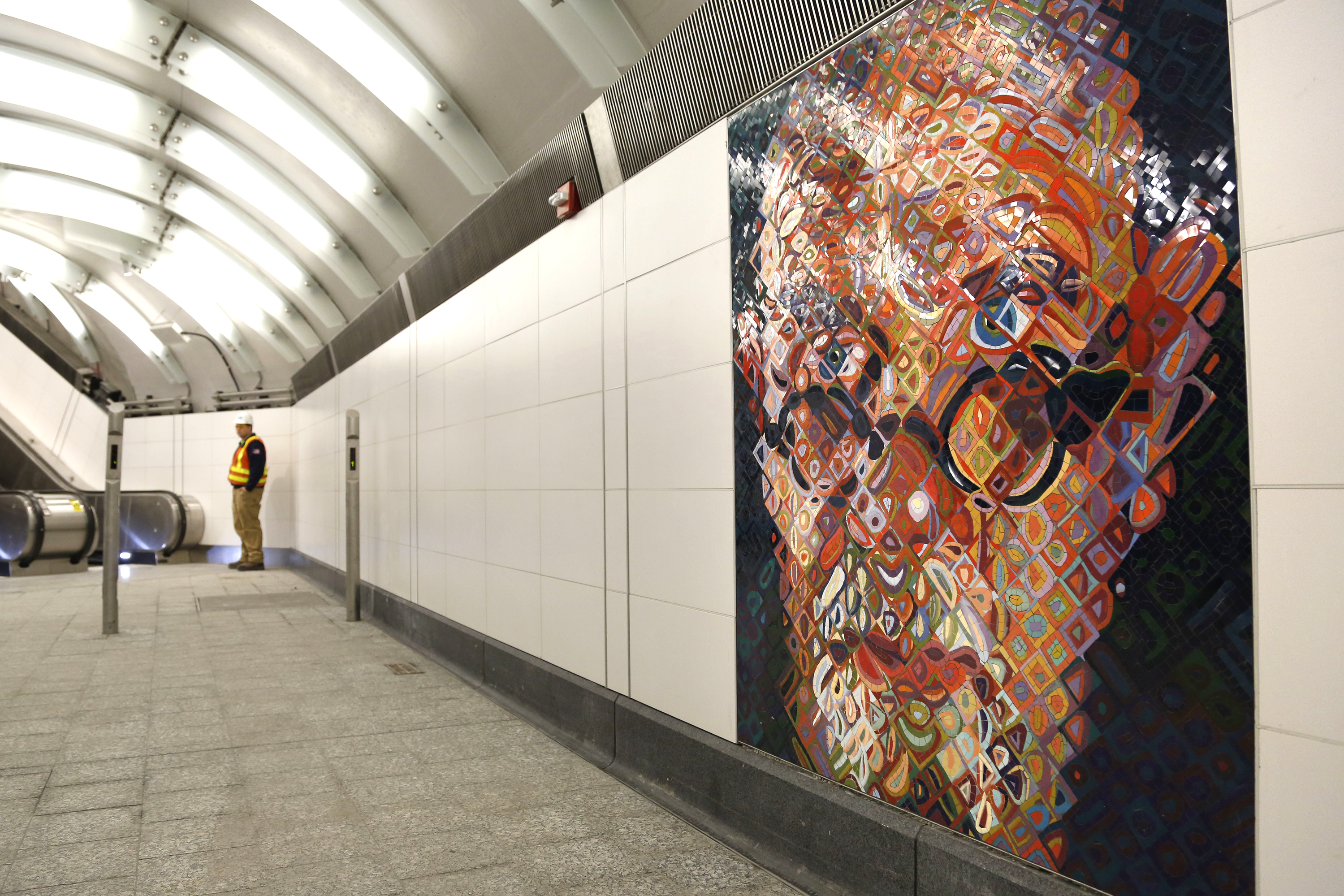 In this Dec. 22, 2016 file photo, a self-portrait mosaic by artist Chuck Close adorns the walls of the 86th Street subway station on the Second Avenue line in New York. Credit: Seth Wenig/AP File

Chuck Close, darling of the art world — (he grew up in Everett and graduated from the University of Washington) — recently issued a So-I-Have-A-Dirty-Mouth-Sorry-Not-Sorry apology for his predatory behavior in the studio. In response to these reports, the National Gallery of Art in Washington indefinitely canceled an upcoming exhibition of his. For the same reason, Seattle University chose to remove a Close painting from its library.

In what we can hope is only the first of many reckonings, cultural institutions have had to rethink the relationship of the artist to both the practice and the work. Suggestions have run the gamut: Should these works continue to be shown unchallenged? Might an asterisk contextualize a more complete story? Or is a punctuation mark not enough for the magnitude of sexual abuse? Perhaps the works might fade from memory over time. Or maybe erased from the canon altogether?

In the wake of #MeToo, creative industries are finally cleaning house of those who enabled and executed works of art, such as producers, directors, actors, investors and support staff. But institutions continue to wring their hands in dealing with the men who generate these works, those equally indicted as moral monsters.

Art, at its core, makes us look at things — look and imagine more closely, look and think more deeply. Art, as A.O Scott describes in his own Woody Allen the Artist problem, is not a separate activity from the other experiences in life; it belongs to life. So in the question of asterisks and exhibitions, collections and canons, let's pause to really look at a moment, as art makes us do.

We are that fly on the wall of Chuck Close’s studio. Your can-do-anything daughter, your niece at the top of her class, your hard-working artist colleague, has been invited to be a portrait model. At the door, Chuck is disarming with his candor about his wheelchair. He goes on autopilot with the stories he shares, but to her, it’s new and exciting. Soon, he offers her a drink. She hesitates — it's unexpected and kind of early in the day — but now that it’s in play, it seems rude not to accept. Generous pours follow, and while his words seem benign, self-centered, for sure, but mostly just blah, blah, blah, there is now an appetite in his eyes and quickly the energy in the room shifts when he tells her to take off her clothes because she’s only “auditioning” for the privilege to be considered as a model for him, because not everyone gets that chance to have her portrait by The Chuck Close, and he says he doesn’t use a camera because that’s not how he does things, so he will examine each body and say exactly what he thinks. He is the artist; it’s his rules.

He watches her — your daughter, your niece, your friend — nervously take her pants off. She would have preferred that at least, she wasn’t stripping in front of him and when she steps out of her underwear, he wheels himself closer, close enough to be eye level with her crotch and pauses intentionally just long enough to amplify the awkward and diminish her when he says, “Looks delicious.”

Maybe he smacked his lips. Maybe he sniffed the air. He definitely looked up with a leering, challenging grin, relishing the sickened expression on her face, confident of his control because he could be both that quirky, old harmless man in the wheelchair who gets to say what he wants and the oh-so-special artist who gets to do what he wants, and when she leaves, he insultingly tosses a check for a few dollars, and he will do it again to another. With impunity. Without remorse.

An artist’s practice is not clock-in, clock-out, nor is it just time spent on the canvas. An artistic practice establishes a rhythm of the artist's life, a foundation for perspectives and a structure to prioritize time whether eating, sleeping, socializing or vetting models. If we imagine the art world as a sandbox, a few privileged men have been given latitude to play in ways given to no other. It is a sandbox where others have been blocked from joining, kicked out or buried. It is a sandbox where we allowed these men to behave as if they were spoiled children demanding their lollipop — even though it’s gross to have lollipops in sandboxes — spoiled children who fuss when their lollipop drops in the sand and to whom we hastily give another. And when everyone else has been blocked, kicked out, or buried, these privileged men eventually make some kind of sandcastle and then they are praised. But it doesn’t take much to imagine how many of those others make spectacular sandcastles of their own, sandcastles that are simply unseen.

Art makes us look and feel. Art can be unflinching when it asks us to look and feel at a moment in life we don't want to look at. When we use and read phrases like "been accused of inappropriate behavior" and “facing allegations of sexual harassment” we don’t have to look or feel much. We can talk instead in the abstract about identity politics, intrinsic worth of one thing or another or resort to liking or disliking the work. We can pretend one thing is art, another thing is life, and when it's some other person's life, we don't look very hard. But when we pause to imagine with empathy how this experience plays out, when we stay to look and feel, when our guts turn because something feels very wrong thereafter, we can never unsee this moment; it is never uncoupled from a concept of the work.

#MeToo has forced us all to see what was always around us and now we can’t unsee the darker aspects. Hand-wringing institutions, this is an opportunity to set new precedents, so it is time to look. Look at the sandbox you’ve created with the artists you’ve given lollipops to; look at the artists you’ve never looked at before. Look and feel. Look and think.