I work at a Seattle women's shelter whose funding relies on a local government that ignores our feedback and is out of touch. 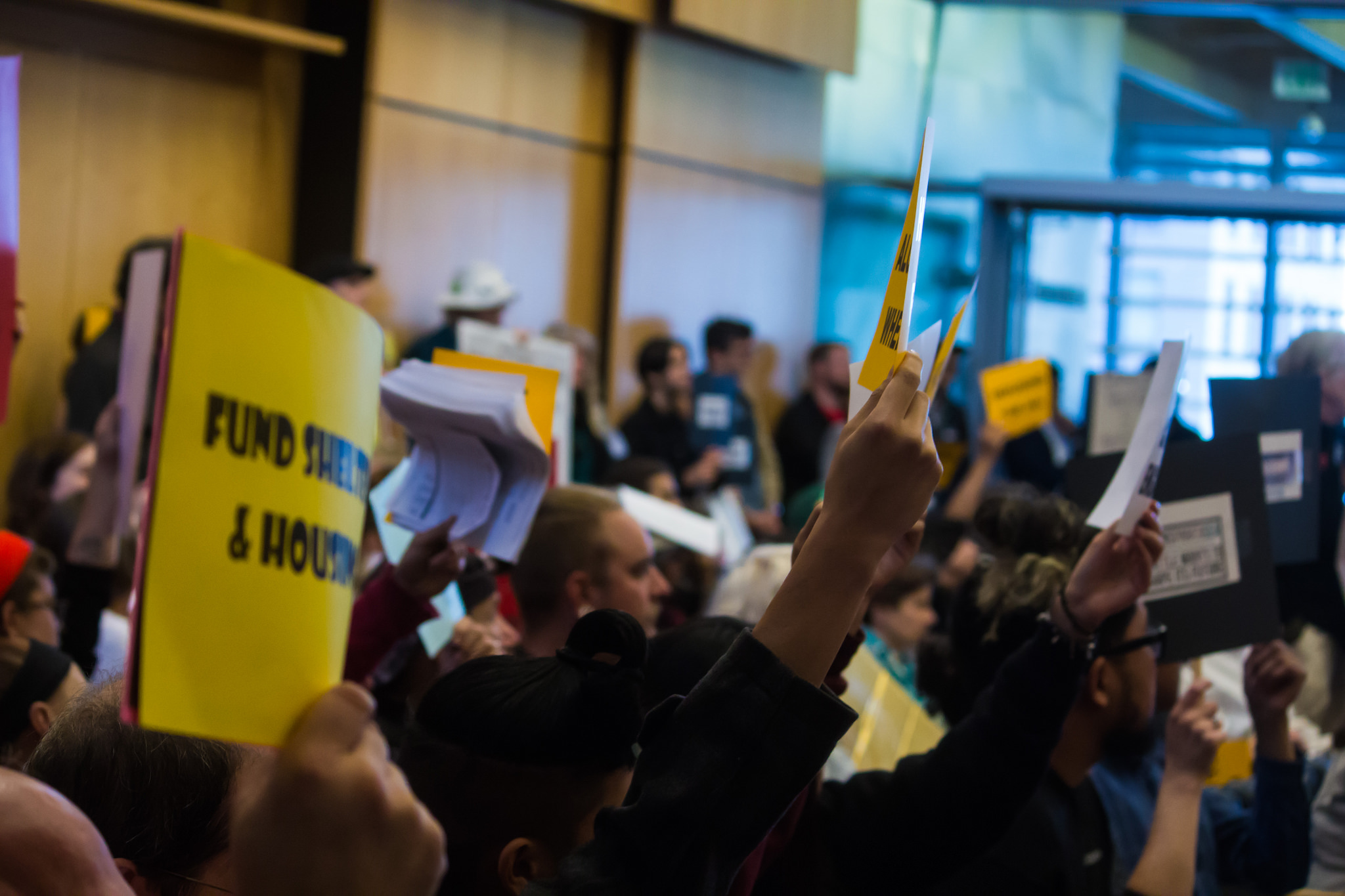 Long ago in Seattle, an elderly woman slept outside a post office every night. After much convincing, she reluctantly agreed to come inside a local shelter, where she lived for years. The advocates at the shelter struggled to communicate with her due to her serious mental health issues. She refused to discuss housing opportunities, but they were glad she was off the street.

Recently, the city began asking about the longest tenured clients at each shelter, and of course, the old woman’s name was near the top of the list. When the advocates explained that she had been uncooperative, the city seemed to imply that if such clients are denied services, they tend to become more cooperative.

I have witnessed many stories like this working at a Seattle women’s shelter since 2013 as a data entry coordinator. For much of our funding, we rely on a local government that ignores our feedback and is out of touch with the issues on the ground.

Our funding is based on the completeness and accuracy of client data that I submit to a government database. As soon as clients begin using our services, the city expects us to ask them many questions about themselves. Some are esoteric and convoluted, while others are very personal. When clients are unwilling or unable to answer, the city has instructed us to explain to the clients that our funding depends on their answers and to pressure them to provide more information.

Technically, the city has never demanded we refuse services to any client. Every individual client has the right to refuse any or all questions, although in the aggregate, too many refusals jeopardizes our funding, leaving us in a tight spot. Our clients are human beings in distress, but our funders have reduced them to numbers in a report.

In December, City Hall announced a redistribution of funding for 2018 homeless services. Agencies that lost significant funding had to quickly restructure services and decide whom to lay off right before Christmas. After loud protest, the city announced that bridge funding would extend some programs, but they should have made that clear initially.

The city failed to consult the service providers in this process, neglecting their wealth of knowledge. Mayor Durkan included a few executives from social service agencies on her transition team, but had the city thoroughly discussed the plan with more local agencies, they never would have been so unprepared. Instead, they relied on out-of-touch consultants to make demands that sounded good on paper, with little understanding of the consequences.

These consultants have influenced Seattle’s “housing first” approach to homelessness, which exclusively focuses on placement into permanent housing. However, mental health, addiction, and other services cannot be viewed as secondary. Many clients need transitional housing while they receive these services, but since HUD classifies such clients as homeless, the city is defunding transitional housing.

Other valuable services are losing funding across the community. For example, our shelter provides showers, laundry, meals and a 24-hour safe space among other services that women need while they wait for housing. It will take time to house the thousands of homeless in Seattle. Cutting day services will not only hurt their quality of life. It also means we will see more of them on the street during the day. Some people may view this as a data-driven approach that demands results. In reality, it is an ivory tower approach that every social services employee knows is problematic.

Working at a shelter is very emotionally draining. The advocates who work there are constantly listening to clients talk about hardships they are dealing with, such as mental illness, addiction, domestic violence, or sexual assault. Advocates frequently have to break up fights or call 911 when a client has a medical emergency. After a stressful shift, many go directly to a shift at a second job, often at a similar agency doing similarly stressful work. The pay is lousy, so most of them need to work a second or even third job. As the cost of living skyrockets throughout the region, many are on the edge of becoming clients.

This homeless crisis presents City Hall with an extraordinary challenge, but to serve the wide-ranging needs of clients, the city must be more flexible. Rather than evaluating service providers based on a few rigid metrics that do not make allowances for a diverse group of clients with a diverse group of needs, the city must expand its definition of solving homelessness beyond simply placing more people into permanent housing. There is no silver bullet, no service into which we can funnel all our resources. The city will have to better understand every facet of homelessness and commit significant resources to each facet.

To achieve this, the city must listen to service providers across our community and learn from their extensive knowledge. My colleagues are face-to-face with the homeless every day. They are the experts.

Pete Stewart is a data entry coordinator at a Seattle women's shelter.