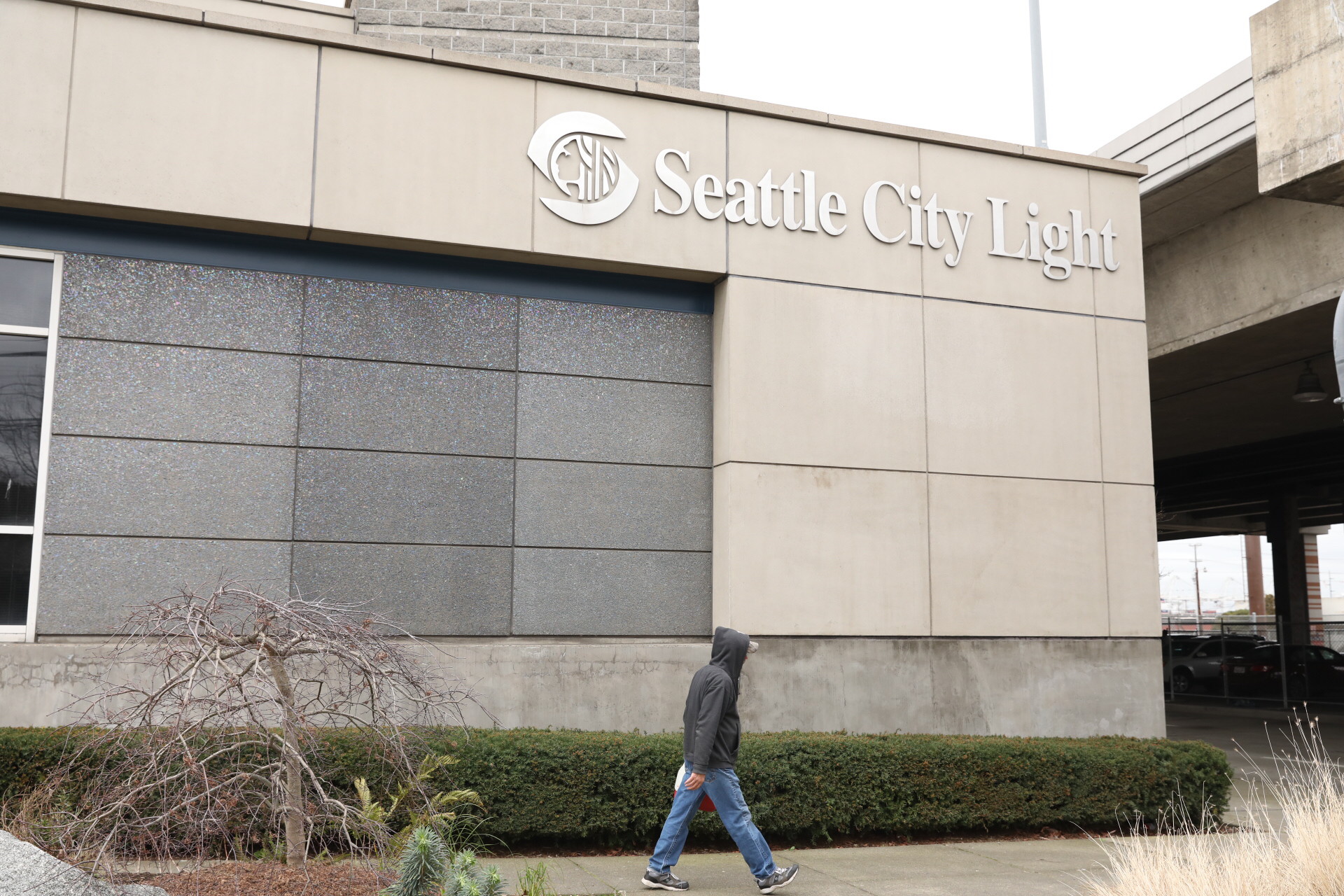 Three years before #MeToo — and before the City of Seattle's own public reckoning with harassment — a group of four Seattle City Light female employees complained of a department and an HR director uninterested in taking discrimination, harassment or hostility seriously. The director, they alleged in a lawsuit, was quick to retaliate for their speaking out.

The City of Seattle agreed last spring to pay $375,000 to three of the women, quietly ending that 2014 lawsuit. The settlement was signed last March but was not made public until now.

None of the three women still work for Seattle City Light. One agreed as a condition of her settlement to never again seek employment with the City of Seattle. Another now works in the city’s Information Technology Department. The third no longer works for the city and is the co-founder of a DIY home improvement company, See Jane Drill.

Meanwhile, the HR director accused of ignoring discrimination complaints and fostering the hostile work environment remains in her position. Years later, as City Light once again finds itself the target of harassment, discrimination and sexism complaints, employees continue to point the finger at the department's HR unit for not doing enough.

The settlement, provided to Crosscut by the City Attorney’s Office, was borne out of a 2014 lawsuit in King County Superior Court. It was filed by Annette "Nettie" Dokes, Olayinka Ogunyemi and Karen DeVenaro as well as a fourth woman, Patsy Taylor. Taylor withdrew from the litigation in 2016 and no longer works for the City.

In the complaint, all four women alleged theirs was a troubled work environment. Each also singled out the department’s HR director DaVonna Johnson, who has held the position since 2008. In the suit, Johnson was repeatedly described as ignoring the employees' complaints of hostility and discrimination. When the matters were brought to Johnson’s attention, the four women said they were met with retaliation.

At the time of the original lawsuit, Dokes was described as being older than 50 and an electrical lineworker, which the complaint describes as a “nontraditional trade for women.” She said since 2010 she “repeatedly reported to Ms. Johnson about the hostile work environment she was enduring and about the ongoing discrimination that was occurring against her in the workplace by union officials and union members.”

But after meeting with Johnson, Dokes says no action was taken. The work environment became so hostile, according to the complaint, that Dokes was forced to take an extended medical leave.

Dokes was shortly thereafter fired from her job, which she claims was retaliation for complaining. As part of the settlement, Dokes will switch her status from termination to “retirement” but on the condition she not apply for a job with the City again.

Ogunyemi, who was also over 50 at the time of the complaint, had been working as a Personnel Specialist since 1999. She similarly says she complained to Johnson about discrimination in City Light based on age and race. (Her race was not listed in the complaint.) But after raising the issue, Ogunyemi says Johnson subjected her “to false allegations of policy violations and suspended [her] from work.” Like Dokes, Ogunyemi said she was forced into taking medical leave due to stress.

DeVenaro was hired by City Light in 1994 and worked as an Apprenticeship Manager. She says she reported to Johnson that an employee was accepting alcohol from apprentices in exchange for positive evaluations. As a result of her actions, she says the HR director began excluding her from discussions and that her job duties were eventually reassigned to “younger, less experienced employees.” In the complaint, she was described as being over the age of 40.

In 2012, DeVenaro complained she was being discriminated against due to her sexual orientation. And in 2013, DeVenaro “was forced to relinquish her position at City Light because all of her job duties had been reassigned.”

According to City Attorney’s Office spokesperson Kimberly Mills, the City did not settle with Taylor, who made similar allegations as the other three women before withdrawing from the lawsuit.

At the time the suit was filed, the city strongly denied the employees' allegations and pointed out their shortcomings. “We will vigorously defend City Light against these unfounded claims,” Katrina Kelly, the assistant city attorney assigned to the case, told the Seattle Times in 2014.

City Light also defended Johnson, whom they noted is an African-American woman. The department credited her for making “fundamental changes to streamline the hiring process and shift the focus of the Personnel Specialists from processing hiring paperwork to customer service — providing internal clients with professional consultation and support and guidance for their hiring processes,” according to papers filed with the court.

On Wednesday, when reached for comment, City Light spokesperson Scott Thomsen said, “The parties have resolved the matter and agreed not to discuss it further.”

The city has not admitted to any wrongdoing. The City Attorney's Office declined to comment on the settlement.

Attorneys for the women, Joel Nichols and Susan Mindenbergs, said neither they nor their clients could discuss the settlement due to the confidentiality clause. The same confidentiality agreement, Nichols said in an email, bars the attorneys from explaining more fully why Taylor withdrew from the litigation in 2016.

In late 2017, more than 40 City Light employees signed onto complaints of sexism inside the department, The Stranger reported then. They petitioned the department for more anti-sexism training and better training for supervisors on how to receive employee complaints; they also asked that management be more communicative.

Spurred on in part by those complaints, City Light employees took the lead in organizing a new group for City employees who say Human Resources hasn't been doing enough. In recent weeks, the group that calls itself the Seattle Silence Breakers has seen its membership grow to more than 50 people.

Over the past several months, employees from City Light and other departments have told Crosscut about their frustrations with their respective HR departments. Many echo the allegations of the 2014 lawsuit.

Last January, the City reached a $220,000 settlement with two library security guards who accused two supervisors of sexual harassment, according to The Seattle Times. One woman said she was spanked by a colleague, and when she complained her supervisor only laughed.

Both women had to leave their City jobs as a condition of the settlement while the manager retained his. The incident sparked outrage among members of the Silence Breakers, in part catalyzing their desire to go public.

In January, Mayor Jenny Durkan told Crosscut she had no sense of whether the City had a sexual harassment problem. “At any given time as the mayor if I said, ‘Do we have a problem with sexual harassment? How many complaints have been brought?’ No one could answer that,” Durkan said.“[Departments] were settling things in darkness.”

In response, she’s demanded all departments notify the City’s Department of Human Resources before settling. She also said she favors consolidating the City's disparate HR functions into one central system, a process already begun under her predecessor Ed Murray.

Members of the Seattle City Council are also considering new and more independent avenues for employees to bring harassment complaints.