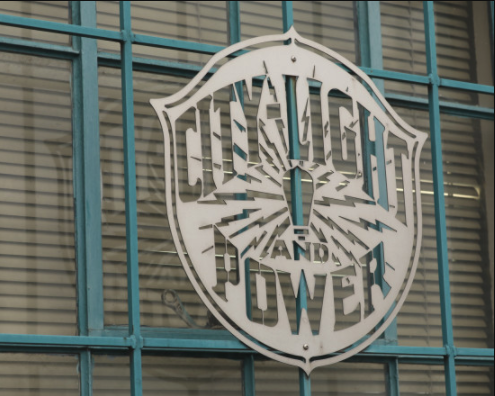 Every day at work, Joel Vancil relives the frustration of being a Seattle City Light customer again and again and again. As a call taker in the city’s Customer Contact Center, he’s the voice we hear when our bills don’t look right; the one we regret getting angry with for something that was never his fault.

He's worked as a city employee for the past three years. But since the city began using its new, $109 million billing system — the same system that came in $40 million over budget and a year late — the queue of customers confused about the size of their electrical costs has stretched and the desperation in the callers’ voices has taken on a new edge.

“I see people calling up about multi-hundred, sometimes $1,000 worth of bills that is not their fault and that they certainly cannot pay in some cases," Vancil says.

But what frustrates Vancil the most is a feeling that the issues were of the department's own making, brought on by the new and expensive billing system.

Customers, he says, "are panicked. Some of them are truly scared. Most of them are just angry.”

City Light over the last year has blamed the high bills on cold weather and increased rates as well as the transition to the new system. But those explanations fall short to some. Software engineer William Farmer says his bill used to be, at most, $120 every two months. So when a statement came in last year that told him he owed $560, he knew there was no way weather or a 7 percent rate increase could explain the exorbitant difference.

Thanks to his electrical engineer father, Farmer knew how to read the meter. He checked and compared it to past usage and it was within normal range. “Their explanation was that, instead of reading the meter directly, they had a computer estimating what the meter should be,” Farmer says.

The current issue with the new billing system is that it likes to guess, so much so that it will often reject accurate readings input by real humans.

It works like this: Every time your energy usage is passed from your meter reader into the new system, an employee is supposed to click a button to say, Yes, this looks okay.

But if that number sits for three days without that happening, the new system deletes it and estimates a number, which can be much higher than the reality. As it turns out, this is not uncommon: According to City Light’s Customer Care Director Kelly Enright, the department receives 10,000-13,000 reads a day and employees are swamped, which means the machine ends up putting in a lot of its own estimates.

Now there's a machine-generated estimate sitting under your account where an accurate reading should be (there will be an asterisk on your bill). But if in the future someone enters an accurate number gathered from your meter, but the number doesn't line up with the inaccurate estimatefrom before, the machine is going to "fix" and align the final number on your bill.

Then comes another problem: If employees miss the three-day deadline on an account three times in a row, the system will stop filling in the blanks at all. As a result, a customer may go several cycles without being billed until someone fixes the problem. Then, the delayed bills, far from disappearing, will all show up at once.

“This is why we want to go to advance metering so badly,” says City Light’s Customer Care Director Kelly Enright. The city has begun to roll out its new, advanced meters, which feed readings back to the department multiple times a day instead of just once every two months, theoretically eliminating problematic estimates. But while the advanced meters and the new billing system were meant to come online at the same time, the delay in the billing system spurred a delay in the meters. The city is still working to finish their rollout.

Exacerbating all of this is the city’s ongoing consolidation of all of its IT desks into one department, which has slowed down communications. Moreover, the IT department does not currently have a permanent director.

The last year and a half have not been great for City Light’s customer relations, which has been consistently on its heels trying to keep up with the city’s voracious growth. In addition to delayed projects, busted budgets and erroneous bills, the department is struggling to keep up with hookups to new homes and requests to transfer service. “I have almost everybody in customer care working overtime making sure we can get all of this resolved,” says Enright.

Lawmakers have noticed the issue: Councilmember Teresa Mosqueda said that when she took office two months ago and took over as head of the energy committee, she immediately started getting calls from customers. “The time of putting these issues on the back burner is no longer,” she says.

Enright, City Light's Customer Care director, says they're working on getting on top of the problem.

Meanwhile, Vancil, witnessing how the call center has buckled under stress, cannot fathom why there's even a problem to begin with. "I have to wonder, since we’ve known about this flaw for over a year, why hasn’t it been fixed yet?" he says. "And if that was a feature, not a bug, who decided we needed to purchase that?"