Dispatch from Korea: Washington siblings reflect on the Olympics

Sadie Bjornsen finished 17th in her final cross-country Olympic race, as she and her brother Erik reflect on their experiences 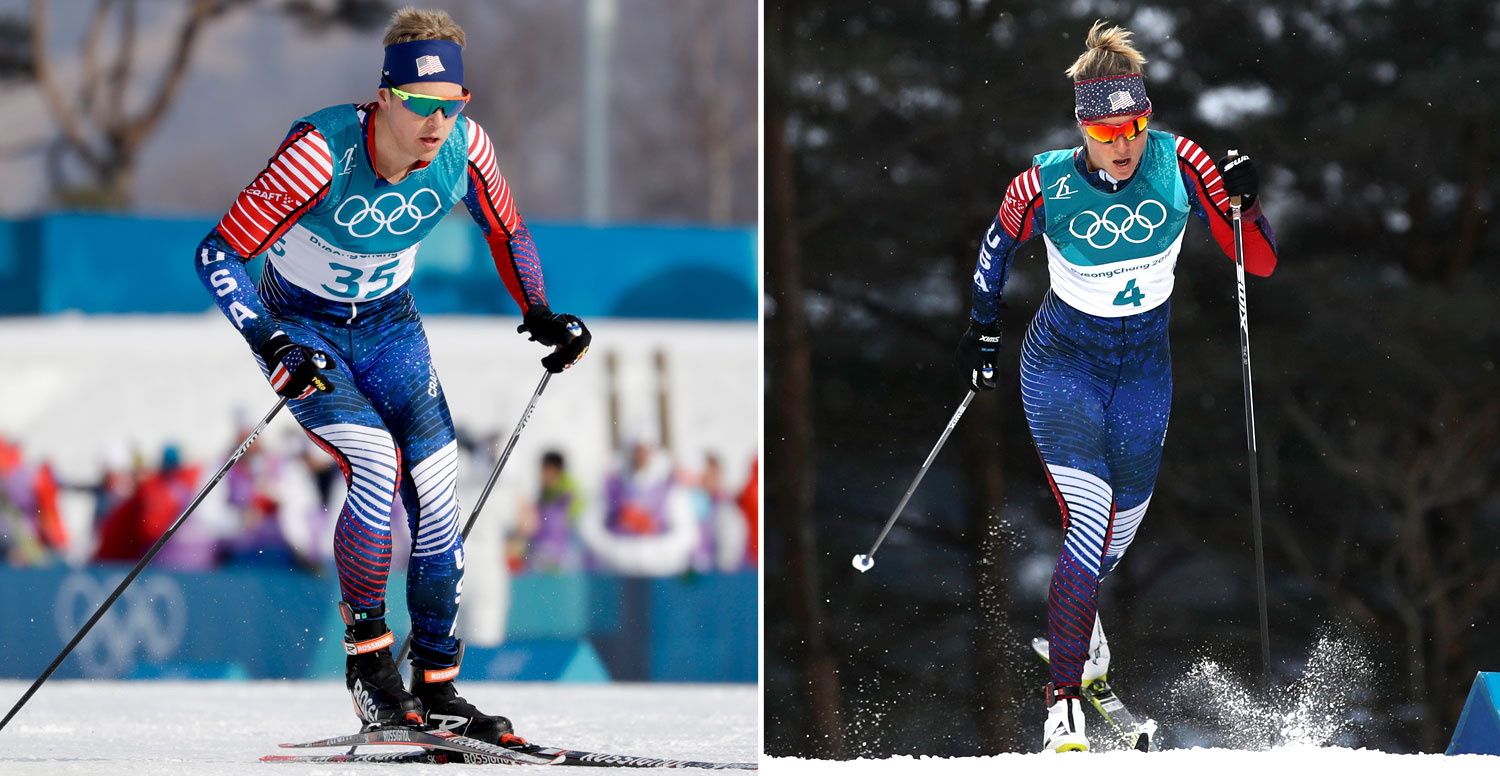 PYEONGCHANG, Korea — On Sunday, Sadie Bjornsen put the cross-country skills she learned in the Methow Valley to use in one of the Olympic Games’ final events, the women’s 30-kilometer Classic race.

She finished 17th on the last day of the Games and her Olympic-teammate brother, Erik, also finished without a medal. But both of the products of north central Washington have had thrilling experiences.

The sister and brother now live in Anchorage but they give much of the credit for their achievements here and on the World Cup ski circuit to their upbringing in the Methow Valley, home to North America's largest cross-country ski trail network with over 120 miles of groomed trails. And they both talk about possibly returning to Washington.

Washingtonians provide much of the help that keeps their athletic careers at the Olympic and international level. To compete across Europe in World Cup events, the duo must each raise between $20,000 and $25,000 to defray the costs, and the two competitors rely on individual donations and corporate sponsorship. Without Renton-based Fives engineering backing Erik and  Saltchuk, a Seattle transportation and logistics firm, supporting Sadie, the siblings’ career at the highest echelon of cross-country ski racing would be financially impossible.

“Erik and I both receive most of our support from our Washington roots,” Sadie said during an interview Friday at Pyeongchang’s Alpensia Cross-Country Center. “A lot of athletes live somewhere below the poverty line trying to fund this dream of theirs,” she said. U.S. cross-country skiers are nowhere near the big-league paychecks of baseball, basketball and football players.

As a light snow fell on the course, Sadie stopped to chat ahead of Sunday’s 30-km Classic Mass Start race, her final event on the Games’ final day, while Erik took a break from skiing laps under the lights. He decided to skip the Men’s 50-km Classic on Saturday to focus on the remaining events of the World Cup season. From South Korea, the Bjornsens will continue on to Finland, Norway and Sweden for races throughout March.

“We still have quite a bit of racing left,” Sadie said, pointing out that the Olympics, while clearly a milestone unlike any other, are still just one stop of many on this season’s race calendar. That makes it all the harder to have what she called “that one perfect day” in order to score a medal.

The World Cup’s grueling schedule will see the siblings race up to 40 times from mid-November to early April while living on shoestring budgets of $125 per day. That lifestyle makes the Olympics, where everything is paid for by the International Olympic Committee, a comparatively plush setup.

Not that all the results here necessarily turned out the way they wished. Despite a top 10 finish in Austria just weeks before the Olympics, Erik’s individual performances in the skiathlon and the 15 km were toward the back of the pack.

However, he and teammate Simi Hamilton finished sixth in the men’s team sprint.

“You set really high goals at the Olympics and you only get one shot at it every four years,” he said. “It was a goal of mine in the last year to really throw down in that race, so to actually feel like I had one of my best performances was really cool.”

Sadie, who still has Sunday’s race for one more shot at a medal, also struggled in her individual races with 14th and 15th place finishes. (In Washington's Pacific time zone, the race begins at 10:15 p.m. Saturday.)

But her relay team in the 4x5 km, finishing sixth, had a strong showing. “The feeling I had going into an event and believing so much that it’s possible to win a medal, having never done it before, is one of the feelings I will never forget from sports,” she said.

The headline story out of the cross-country course was the first-ever Team USA gold when Jessie Diggans and Kikkan Randal won the women’s team sprint, ending a medal drought dating to 1976.

Sadie was in contention to be part of the sprint team, which made the momentous occasion “bittersweet” at first, but ultimately rewarding because of its long-term implications for the sport in the U.S. “We rely on the support of companies and individuals,” she said, “so for them to be able to share that moment and see what it looks like to break through that glass ceiling is going to be huge.”

The U.S. cross-country ski community is hopeful the recent gold medal will send more folks back home to check out the sport, which might mean more visitors to the Methow Valley. “I still think it’s the nicest cross-country ski resort in the world and we’ve seen a lot of places,” Erik said. “It’s surprisingly not as popular as it should be.”

Erik and Sadie, both graduates of Alaska Pacific University, join fellow Team USA cross-country skiers in making Anchorage home for off-season training — nearby glaciers allow them to hit the snow even in summer months.

But their parents still call the valley east of the Cascades their home. The brother and sister say they haven’t been getting home as much as they would like but they are keeping their connections to a place they hold in affection.

With winters that keep them on the World Cup circuit, Erik last skied his hometown trails during Christmas 2013 ahead of the Sochi Olympic Games, and promptly won a national championship shortly thereafter. Sadie spent the entire 2009-10 season training in her childhood home in a vain attempt to make the Vancouver Games.

And the women’s national team hosted a pre-season training camp there last summer. “It was a really special time to visit home and share the Methow with the top competitors in the world,” Sadie said.

Having skied most of the top cross-country destinations in Europe at this point, they see many similarities between the Methow’s non-profit trail network and the tiny towns that manage their own trail system, producing Nordic champions. “It’s a common trait of some of the best places where I’ve skied,” Sadie said. “The community is so invested in it, they have pride in making it a really neat resort, not just the trails but also the vibe that goes with it.”

Erik, 26 and recently married, hopes to raise his family there one day and perhaps take over the family construction business. He’s unwilling to speculate mid-season about when he would hang up his skis, but, he said, “My results have to improve if I continue another four years.”

Sadie, two years older and recently engaged, is buoyed by her relay success here. She feels like she is still improving at her sport and hopes to keep racing. But she can also envision a future settling down in the Methow.

The siblings both cited the Methow’s Rendezvous trail, which winds up the hills above the river valley, as their favorite. “It was straight uphill and growing up skiing, we never realized maybe that was not normal,” Sadie said. “I credit that for our competitive drive when we go to these World Cup events where it’s super steep hills all over — that’s where we grew up training.”