Grappling with a nation’s racist past

To create a more equitable future, Americans must reckon with the dark parts of our history. 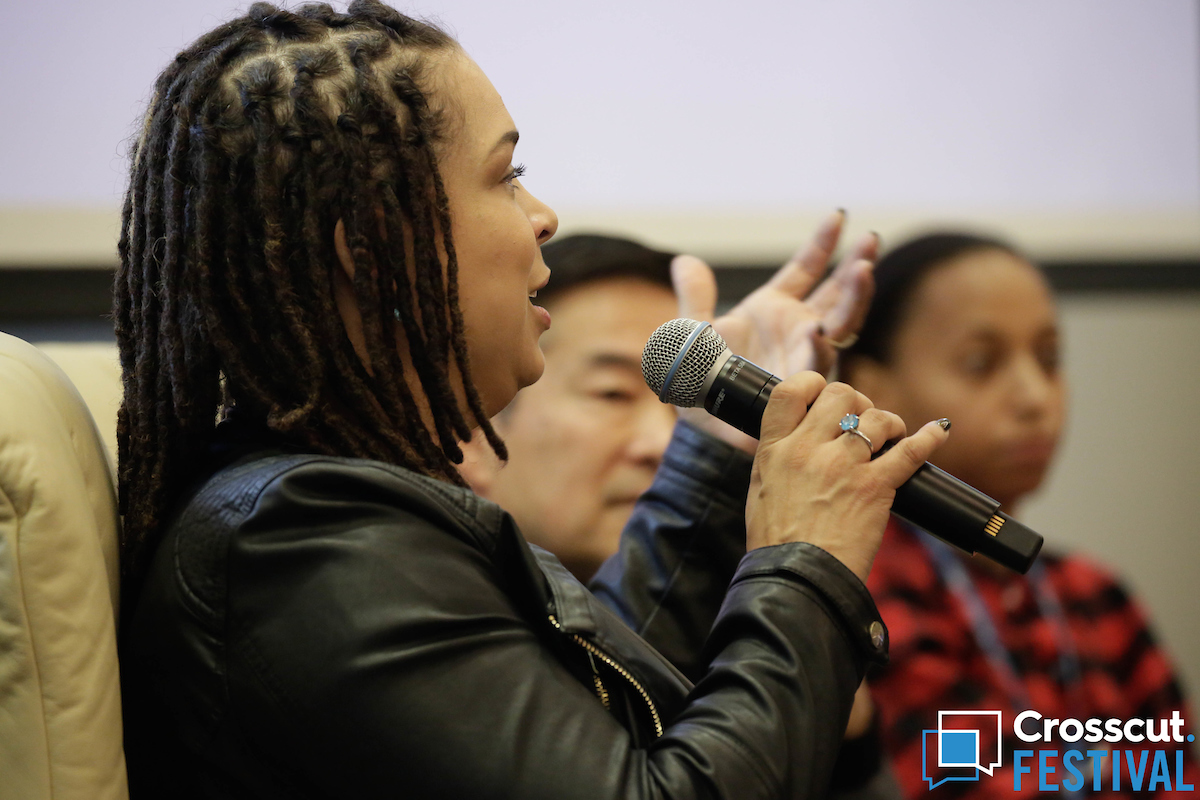 Angelique Davis during 'Righting the Wrongs of Racism' panel at Crosscut Festival 2018 in Seattle on Feb. 3, 2018. (Jason Redmond for Crosscut)

There is a haunting moment midway through Ta-Nehisi Coates’s new book in which he synthesizes in one extraordinary paragraph the history of oppression endured by African Americans. The passage begins: “Any fair consideration of the breadth and width of enslavement tempts insanity.”

If this is true, then considering the history of genocide against Native people must also disrupt our sense of psychic comfort. Same, too, with the less fatal, though still violent, recent history of Japanese-American incarceration.

If the sheer thought of the enormity of these crimes — each multitudinous, damaging and lasting in their own way — warps the imagination, then any fair consideration of reparation must also challenge the bounds of our national moral, political and psychological sanity.

Still, a panel at the inaugural Crosscut Festival February 3 — “Righting the wrongs of racism” — proved it is not only possible, but also necessary, to have a productive conversation about the crimes of our past and to consider, practically, what might be done about them.

Marcus Harrison Green, the panel’s moderator and editor of the South Seattle Emerald, opened the discussion by asking how to redress systemic racism in a nation where, according to opinion polls, over half of white people believe they are the victims of reverse racism.

Japanese American oral historian Tom Ikeda reminded the audience that it took decades to receive acknowledgment for what happened to his community during World War II. “It was an impossible dream to get an apology from the government,” he said.

Natasha Marin, a conceptual artist who started a viral micro reparations website, said she has little faith in white America coming around on these issues. At some point, she said, you have to stop waiting for the entitled kid in class to have an epiphany. She had a name for this philosophy: “Leave Becky stupid.” In other words: “You do what you can with what you have for the folks that are awake already.”

We can't "be constantly waiting for somebody else to define us the way we want to be defined,” said Seattle University political science professor Angelique Davis. “We need to be working to change the narrative.”

In America, that narrative requires holding wildly competing ideas in your head, said longtime Seattle journalist and member of the Shoshone-Bannock Tribes Mark Trahant. As an example, he pointed out that at the same time Thomas Jefferson was waxing poetic about the democratic possibilities of America, he was writing “Notes on the State of Virginia,” in which he recorded his efforts to study a Native burial site.

“That duality of, on one hand, throwing these noble ideas out and saying, 'this is what we're about,' and on the other hand something as despicable as digging up graves ... I think defines the American experience in so many ways,” Trahant said. “Something rises out of these conflicting values.”

One of the lessons that emerges from this profound contradiction is tough for most Americans to swallow — namely, Trahant said, that the nation’s wealth is unimaginable without genocide and slavery.

“The cost of reparations is higher than what the United States is worth,” he said.