How the tech industry can solve its diversity problem

Companies like Amazon, Apple, Google and Facebook are overwhelmingly staffed by white males. What's to be done? 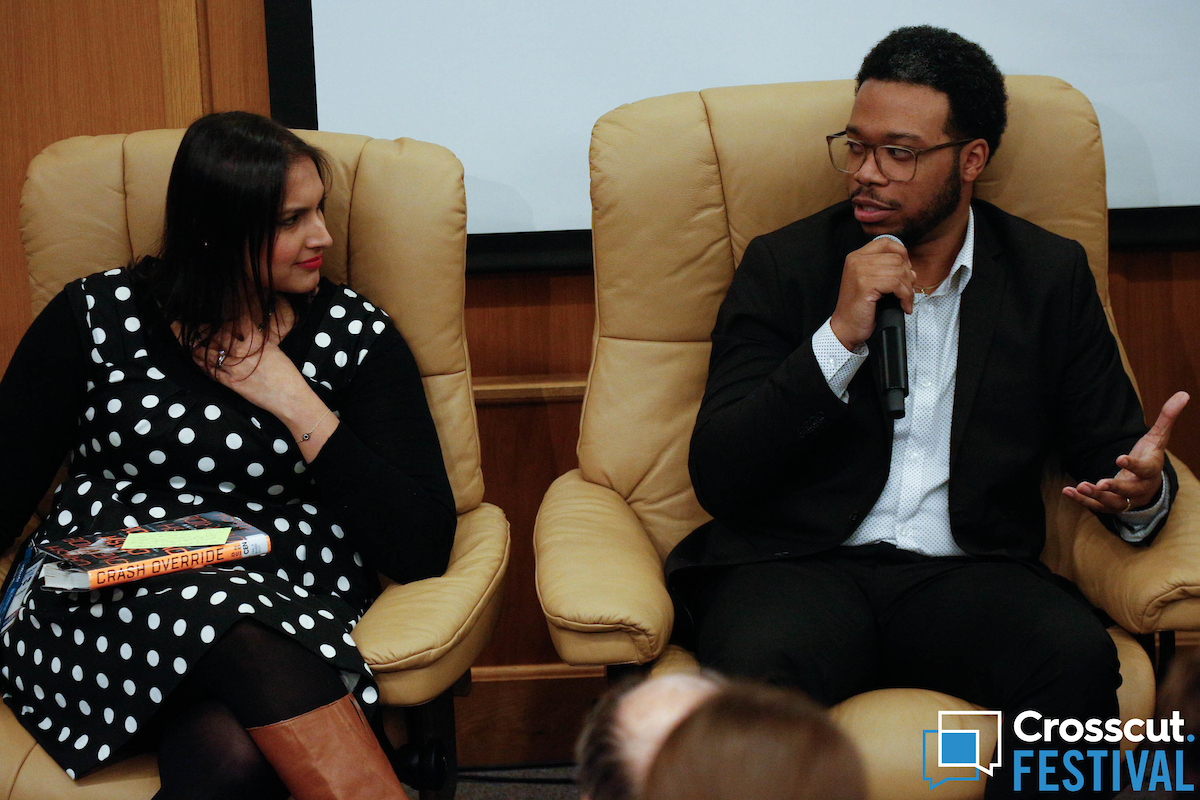 Ruchika Tulshyan and David Harris during 'How Tech Can Solve its Diversity Problem' panel at Crosscut Festival 2018 in Seattle on Feb. 3, 2018. (David Ryder for Crosscut)

It’s no secret that that the industry that bolsters the Seattle area economy is largely staffed by men, most of whom are white. Consider that for every four men who moved to Seattle for a tech job in the last decade, only one woman did so, according to the careers website Paysa.com.

Nationally, women make up less than 30 percent of the employees at tech companies like Amazon, Apple, Google and Facebook. That number drops even further when you look at the percentage of women in leadership roles. And the number of Hispanics and blacks working in tech are vanishingly small.

So what can tech companies do to rectify this diversity problem? Startup advocate for Seattle’s Office of Economic Development David Harris, video game developer Zoë Quinn and Siren app founder Susie Lee weighed in during the “How tech can solve its diversity problem” panel at the inaugural Crosscut Festival.

The conversation, moderated by journalist Ruchika Tulshyan, tackled panelists’ personal experiences in tech, from harassment to the future of the industry to the technology itself.

Quinn, who was targeted during Gamergate, an online siege launched by an ex-boyfriend, pointed to the fact that hiring isn’t a quick fix in fighting homogeneity in tech companies. She said solving the problem means looking at “who’s actually in charge of things.” Change, she argued, must happen at the management level.

Lee discussed the perseverance it takes to get a seat at the table, saying that it may take multiple attempts to be taken seriously or get a product off the ground. “The first conversation might not do anything," she said, drawing from her own experience. "But as long as I didn’t leave the room, we win."

Tulshyan ended the discussion by asking panelists if they ever felt like they were living in an episode of the Netflix series "Black Mirror," which depicts societal issues through the lens of technology in a not-so-distant future. Harris responded, “Always.”