Pioneers of legal cannabis ask: Who's been left out?

So far, the people who suffered the most from the War on Drugs are benefiting the least from legalization. 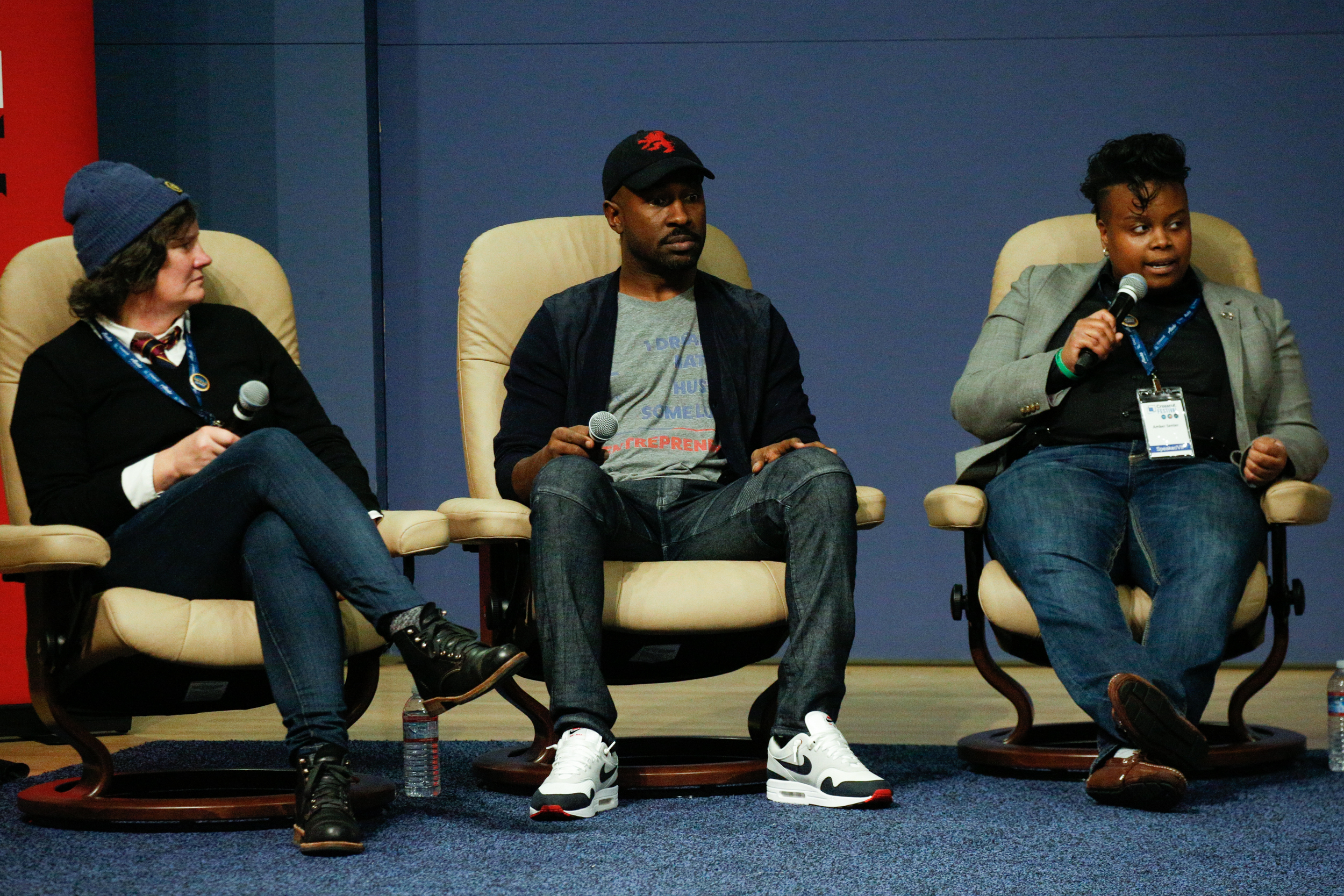 Why is only 1 percent of the cannabis industry's workforce made up of people of color? This was the main question posed by Leafly.com Deputy Editor Bruce Barcott at the inaugural Crosscut Festival in a panel entitled, "Legal weed: who profits and who loses?"

Jesce Horton, co-founder of the Minority Cannabis Business Association, a nonprofit organization focused on increasing diversity in the industry, said the so-called War on Drugs and past criminalization of marijuana are partly to blame. He said his father spent seven years in prison for the distribution of weed and “fought tooth and nail” to keep him out of the business. The inability to secure capital and a lack of education are other barriers people of color must overcome.

Jody Hall, founder of The Goodship, a Seattle-based baking collaborative that makes high-end marijuana edibles, however, said she’s taken it upon herself to hire a diverse staff. “The true pioneers of this industry are people of color who were disproportionately targeted,” Hall said. “How do we not recognize that?”

“The American dream is not for a certain color of skin,” Hall said.

Horton said the Minority Cannabis Business Association is also focused on helping anyone in the marijuana industry tackle issues such as over-regulation that can keep cannabis stores “from growing and becoming more innovative.”

Amber Senter, another panelist, said she became involved in the industry after being diagnosed with lupus and needing access to medical marijuana. She moved to California and helped establish Supernova Women, an organization for women of color involved in the cannabis industry.

All three members of the panel agreed that individuals involved in the cannabis industry need to be not only business savvy but activists as well, advocating for themselves and erasing the stigmatization that can still accompany the cannabis.

“We are all leaders and pioneers and we need to show the way,” Hall said.