Two current police chiefs and one former one shared their ideas for solutions during a panel at the inaugural Crosscut Festival. 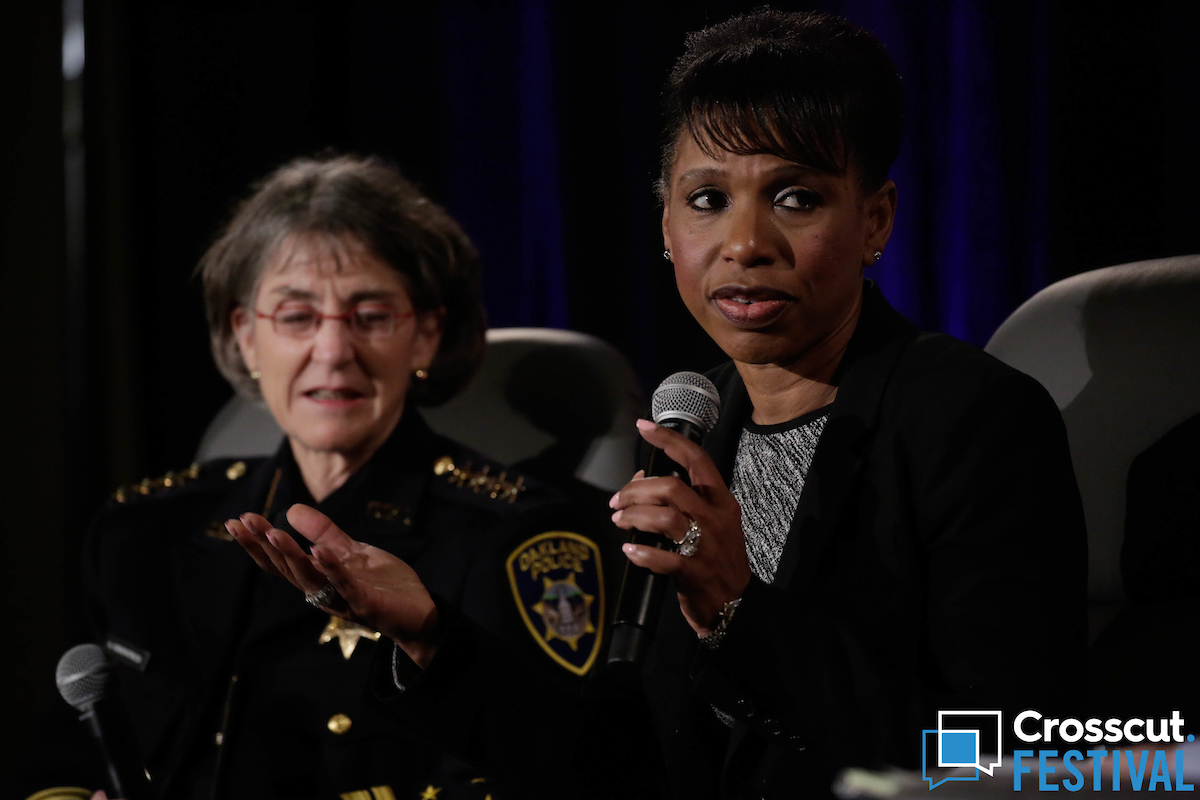 In the wake of a string of high-profile cases of police abuse, officer-involved violence and systemic discrimination against communities of color, police departments across the country are struggling to find a way forward. Two current police chiefs and one former one shared their ideas for solutions during a panel moderated by City Reporter David Kroman at the inaugural Crosscut Festival

“When we talk about reform, ‘reform’ can only go so far,” Kirkpatrick said. “Until you change culture, that reform is limited. Because I can change your policies, I can change your training, but until I change your heart and your mind, that culture does not change.”

“It’s the hearts and minds that I’m going after, and not just a new policy and not just a new training,” added Kirkpatrick, a former police chief in Federal Way, Spokane and Ellensburg, who still keeps a home in Seattle. "Then you will have true transformation in police work.”

Former Seattle Police Chief Norm Stamper, who has written two books heralding the need for police reform, agreed that cultural and system change is a must across law enforcement in the United States. He said that police agencies can no longer condone “a few bad apples” or excuse them as rare examples when the “system” of policing — and sometimes whole departments — is “dysfunctional.”

Seattle's interim police chief, Carmen Best, defended her department as having “some really hard-working, wonderful people,” while acknowledging “there are some aspects we need to work on” when it comes to improving the agency’s work.

A federal judge ruled in January that the city is in full compliance with federal requirements to reform the department. And Best continues the ongoing work of trying to fulfill a mandate from City Hall that the Seattle police force grow by 200 officers — which presents an opportunity for change in the department’s ranks. But Best said she’s not willing to sacrifice the quality of the officers in order to reach a quota.

“No one hates bad cops more than good cops,” Best said. “Bad cops give us all a bad name … and the whole organization suffers. We have to be really critical and selective to make sure we’re hiring the right folks, and we’re working hard at it.”

For the full conversation, watch the video above.