City Light months behind on hook-ups for new housing 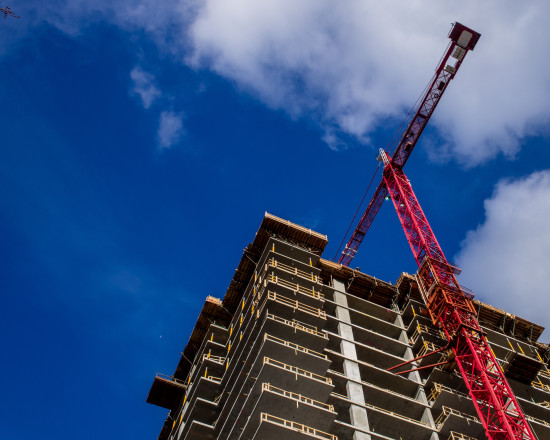 If Erich Armbruster finishes a construction project in nine months or less, he’ll often need to wait at least another three before he’s able to put the new home on the market. That’s because Seattle City Light is struggling to keep up with requests to connect new homes, commercial buildings and industrial warehouses to the grid.

The process, which until about three years ago took two to four weeks, has stretched to as long as six months. The delay is the result of new review processes for City Light engineers and a staff that’s been overwhelmed by new construction in America’s fastest growing city.

The result, says Armbruster, owner of Ashworth Homes and Board President of the Master Builders Association, is that while demand is huge, his productivity suffers. He’s had homes “twice in the last twelve months sitting, waiting to be sold, but I couldn’t get final inspections because I had no power,” he told Crosscut. “I can’t qualify for unlimited loans, so I sit on that twiddling my thumbs and calling every day. I can’t market them for sale. I’m dead in the water.”

As Seattle adds more than 1,000 people a month, allowing for new and more housing is among the city’s solutions for stemming the housing crisis. The Seattle City Council has already approved taller buildings and more densely packed lots in several Seattle neighborhoods and is considering a proposal to do the same in more areas across the city. In its hunt for more construction, the city is also looking for ways to streamline review processes and green light construction projects more quickly.

City Light spokesperson Scott Thomsen acknowledged, "It has taken us longer recently to process all the new accounts. That corresponds with the construction boom Seattle has experienced. Many of the new homes have been multi-family buildings in a densely developed area, which adds to the complexity of the work."

Armbruster’s company, which he’s owned for nearly 20 years, specializes in row houses, which can be packed into lots once set aside for a single home. His company completes 40-50 homes a year, almost exclusively in Seattle.

It used to take between three and four weeks for a City Light crew to come to a new project and connect it to the grid. But several years ago, says Armbruster, City Light began paying closer attention to existing land use codes regulating how electrical lines are run to new construction. The new attention meant putting more cables underground. The change meant a more complicated engineering task.

Around the same time, the amount of process increased. Where requests for connection used to go straight to City Light crews, now it went through a separate engineering review.

Between the new process and the overwhelming number of construction projects, City Light was not prepared to keep up. “This is real and affects our work with our customers every day,” said one City Light employee, speaking on the condition of anonymity. “Engineering is like a black hole. …The engineers cannot keep up with the building boom and management has not gotten their heads around it.”

A second employee echoed the concerns. “If you have a new building or house it is taking 5 months for an engineer to even review it and many more months to get it designed and constructed,” this person said. “Customers are getting pissed.”

Liman Zhuang, a City Light engineer who coordinates and distributes projects, said in an email that each service engineer has up to 25 ongoing projects. She said City Light has recently hired eight additional engineers with the hope of cutting the lead time down from six months to two.

City Light has struggled recently with a series of delays and customer dissatisfaction.

Crosscut reported in December that the utility department had a backlog of more than 12,000 move requests from customers. Last Spring, the department quietly pared portions of its new advance metering rollout. Customers also reported receiving huge bills after months of not receiving any statements. And its new billing system came in a year late and more than $40 million over budget.

Additionally, customers have complained of poor service. The department has also been accused of sexism by more than 40 employees.

As a result, Mayor Jenny Durkan asked for the resignation of CEO and General Manager Larry Weis late last year. On Thursday, she announced 22-member search committee to find his replacement.