Tense moments, fruitful dialog and lots of laughs — all at Crosscut Festival 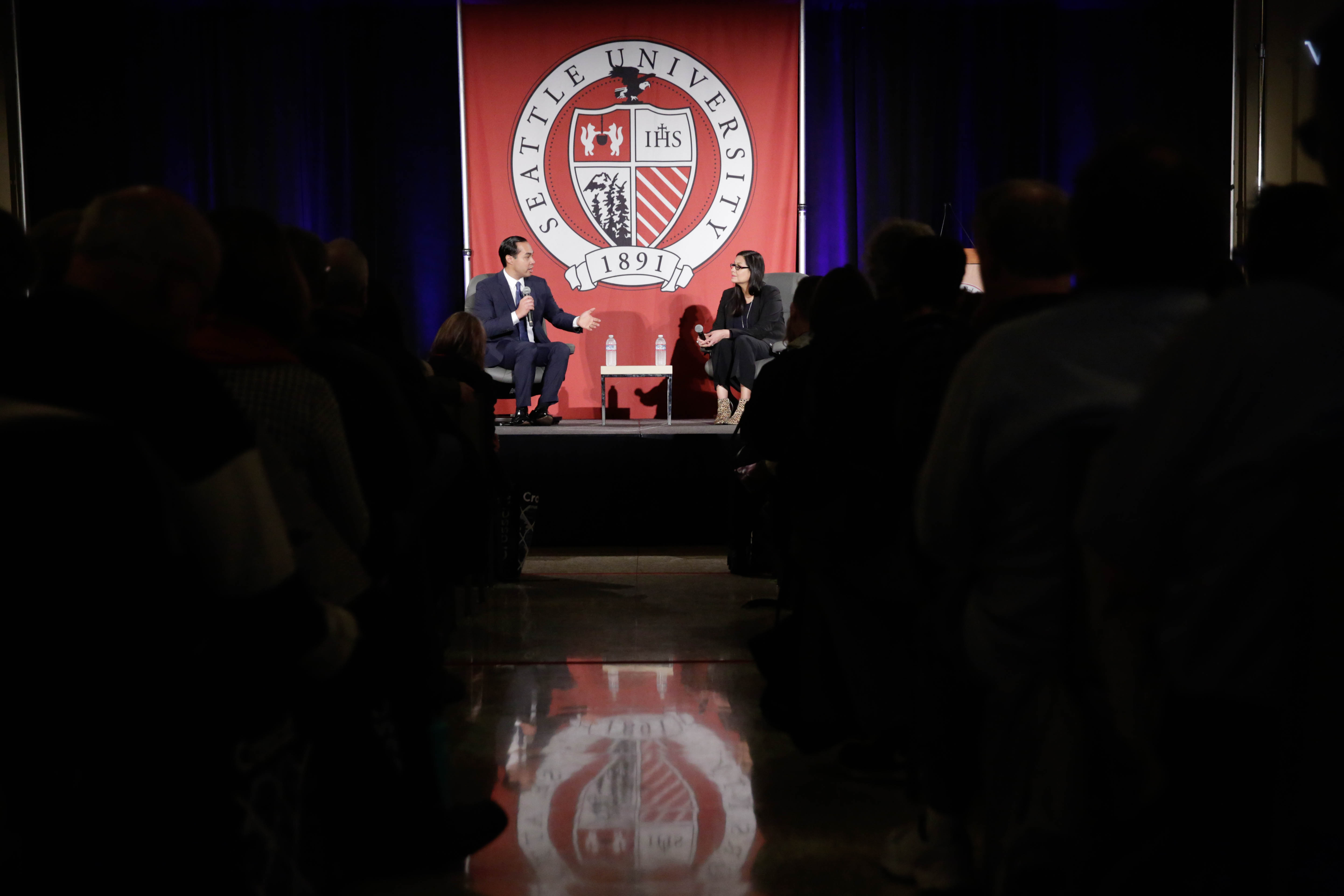 Legal weed, police reform, the #MeToo movement and the role of the tech industry in the booming Puget Sound region — these were just a few of the topics of discussion at the first ever Crosscut Festival. The event, held Feb. 2-3 at Seattle University, featured a wide range of voices from Seattle, Puget Sound and beyond in conversations led by journalists representing more than a dozen news outlets.

Among the more memorable moments: a conversation with rising Democratic star Julián Castro, a spirited dialog among big-city police chiefs about police culture, and a (gasp) rare moment of agreement between a community activist and a champion of high-density development.

Missed it? Not to worry. You can watch the four keynote sessions on Crosscut’s YouTube channel — right here. We’ll have additional video, as well as audio of the other sessions, up on the site next week. And there are highlights in the no-longer-liveblog, below.

Huge thanks to all of the moderators and panelists, our partners at Seattle University, our sponsors and volunteers, and to the more than 1,000 people who came out on a drizzly Saturday to take part in the lively, and sometimes uncomfortable talk about some of the thorniest issues in the Pacific Northwest.