Trump’s gift: ‘He’s knocked some of the smugness out of us’

Three White House alums talk about Trump's rise, what it means for America, and where we go next. 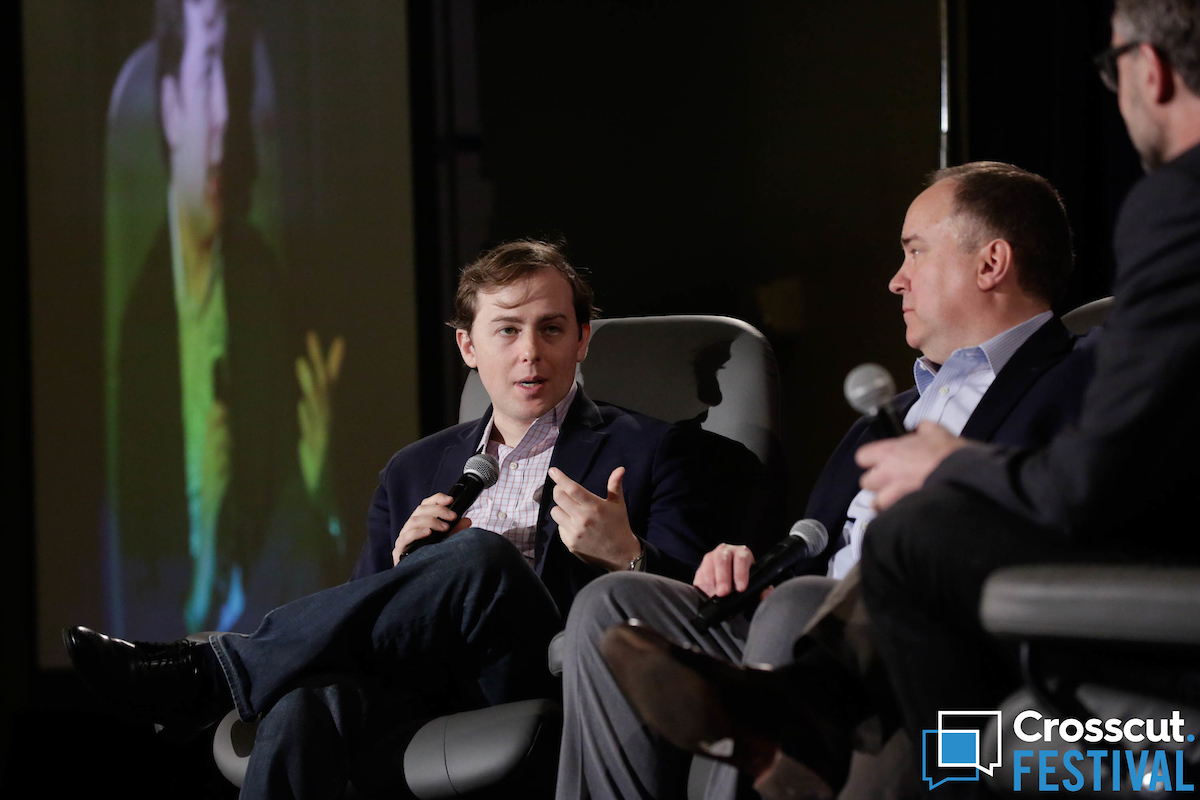 David Litt during 'All the Presidents' Men' panel at Crosscut Festival 2018 in Seattle on Feb. 3, 2018. (Photo Jason Redmond for Crosscut)

David Frum wants you to know that Donald Trump's rise to the presidency was no fluke. The tribalism and resentment that fueled Trump’s rise are epidemic around the world, he says, and they aren't limited to the conservative end of the political spectrum.

“One of the things I say when I speak to groups that lean Democratic, or that lean liberal, [is]: Don’t congratulate yourself,” Frum told an audience at Seattle University Feb. 3. “We (Republicans) got the disease and you didn’t. But the infection is in the air, and the antibodies are weakening.”

Frum, a former speechwriter for President George W. Bush and a conservative columnist for The Atlantic, spoke at the first annual Crosscut Festival, which brought out more than 1,000 people out on a drizzly midwinter day to explore some of the thorniest issues of our time. He was joined onstage by two other White House alums, Scott McClellan, a former George W. Bush press secretary who is now vice president of communications at Seattle U, and Obama speechwriter and humorist David Litt. I moderated the discussion.

There was a lot of agreement among the three about the forces that propelled Trump to the presidency.

“Both President Obama and President Bush … came into office saying they were committed to changing the way that Washington works, and it didn’t happen,” McClellan said. “The people that [Trump] tapped into — it was more than anger, it was disillusionment, it was this feeling of betrayal by politicians in Washington.”

“We always used to say that the race is always won by the person who expresses the most optimism,” Frum said. “Trump, when he declared, he said that the American Dream was dead. He gave the most dystopian speech ever, and that connected, because the people he was speaking to believed that it was true … They were people who saw their world collapsing around them.”

Trump, Litt said, preyed on those fears, and went one further by giving people scapegoats. “What Trump did on the campaign trail was, he said, blame everybody,” Litt said. “He blamed black people, he blamed Latinos, he blamed immigrants. But he also blamed Wall Street executives, he blamed the big corporate structure.”

But while Frum sees a spreading malaise across the political spectrum — a malaise he writes about in great depth in his new book, “Trumpocracy: The Corruption of the American Republic” — Litt argued that the disease has taken hold far more in one party than the other.

“What happened over the Obama years was that the Republican party went from being about a set of principles, to … a kind of equal opportunity resentment,” he said. “As a political system, we need to reckon with the fact that in this country, what happened is that we have one party that has backed away from democracy as a value.”

McClellan, who grew up in Democratic politics in Texas (his mother was the first (and so far only) female mayor of Austin, and later state comptroller) disavowed both major political parties. He wondered if, in the next presidential election, we might see “a true, credible independent who comes from outside the political system.”

All three found some hope in the rise of civic engagement following the 2016 election — a shared sense that Trump’s presidency may have jolted the American public awake.

Trump’s presidency “may make us better able to find solutions by knocking some of the smugness out of us,” Frum said. “The humility, the awareness of the system’s vulnerability, and the determination to do better — those are the silver linings.”