I paid a price on public records law. And I hope Inslee holds lawmakers accountable, too 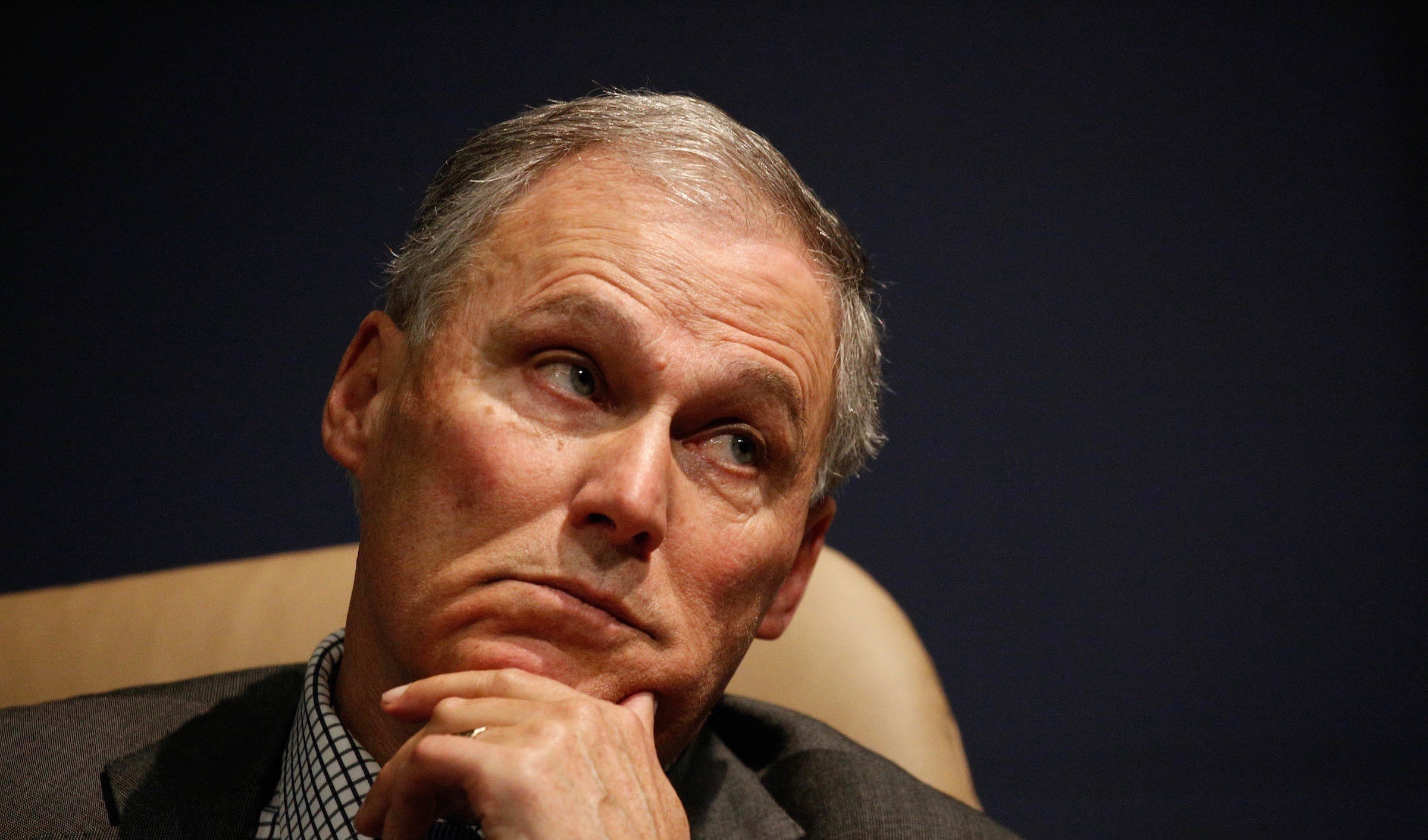 Washington state Gov. Jay Inslee during the Crosscut Festival 2018 in Seattle on Feb. 2. (Photo by David Ryder for Crosscut)

Speed and action are words seldom associated with the Washington Legislature. But the 147 lawmakers proved us wrong when they took action with speed and determination on Feb. 23, a day that will live in shameful memory.

On that day, the majority of both parties of lawmakers voted for ESB6617, a bill exempting themselves from the state's Public Records Act.

Not only did lawmakers vote overwhelmingly for secrecy in government, but they did the deed in the space of less than two days. Senate Bill 6617, was introduced on a Wednesday. After a quick hearing on Thursday — with less than 24-hours notice — the bill passed at noon last Friday.

It was a victory for government in the dark. And it calls for a look back at the state's history on transparency. Open government came to Washington in November 1972, some 45 years ago.

Earlier in the year, voters had flocked to sign Initiative 276, proposing to give citizens access to public records.

I remember that campaign well. I was one of the army of League of Women Voters, Municipal Leaguers and other good government volunteers who solicited signatures (no paid signature gatherers then). I knocked on doors and staffed card tables at public events to help acquire the several 100,000 signatures needed. When it went before voters later that year, Initiative 276 passed with 72 percent approval.

That act opened all public records. Government officials in the state — the governor, mayors, city councils, elected officials, even water-district commissioners — were subject to its provisions. The Legislature followed with a records disclosure act in 1973. That act reads: "The people in delegating authority, do not give their public servants the right to decide what is good for people to know and what is not good for people to know."

But state legislators maintained in a recent court case, which went against them, that the open records requirements don’t apply to them, citing several amendments passed after the initiative went into effect. Their calendars and other working documents went private in 1975. Later, when the internet arrived, their e-mails were also kept secret. You could find out what was happening in towns and cities and in the governor's office, but not in the state's lawmaking body.

As a Seattle city councilmember for 12 years, I lived by the state's public disclosure law and even paid a price on one occasion. When I ran for a second term in 2007, my opponent Joe Szwaja filed frequent public disclosure requests and my office promptly complied.

On one occasion, Joe found a calendar entry that made reference to my campaign and a re-election event. My aide had posted that, following a 4:30 p.m. hair appointment, Carlo Caldirola-Davis, my campaign manager, would meet and drive me (to the campaign event, not mentioned). Those three words — "Carlo will drive" — showed a misuse of public resources. A city-paid aide wrote those words and a city computer recorded them. The Seattle Ethics and Election Commission charged me $150 ($50 a word). l paid out of my personal funds.

But, even if I was once on the wrong side and even if I sometimes suffered frustration as a council member from records-disclosure requests, I will defend to a last breath the public's right to know.

The Legislature’s unique, self-serving veil of secrecy was threatened in January when Thurston County Judge Chris Lanese ruled that the public was entitled to request and review all past legislative records. Lanese mainly agreed with the 10 media organizations (including the Seattle Times and the Associated Press) that had filed the lawsuit.

Legislative leaders have argued that state lawmakers require an added layer of secrecy to do their work. And now they have passed a law refusing to hold themselves accountable. They have tried to sell ESB6617 as "a compromise," but it is a poor substitute for full disclosure. It leaves review decisions to two committees, appointed (of course) by the Legislature. It would keep emails between lawmakers and constituents confidential and it would keep disciplinary decisions, including #MeToo complaints, behind closed doors pending resolution.

To add insult to injury, the lawyers who drafted the bill (well paid with our tax money) added provisions to declare ESB6617 an emergency. It goes into effect immediately with no chance for a referendum. Furthermore, the law contains a provision that would deny requesters of public documents access to the courts.

Gov. Jay Inslee may veto ESB6617. Although he said Monday on a national TV program that he can’t because the bill has enough votes for legislators to override his veto, he has also said his inclination would be to veto it. Personally, I think he will.

The governor has to make up his mind by the end of the day Thursday.

The odds are not in the public's favor. It may take yet another initiative to get lawmakers to understand that they do not have the right to slam the door in our faces.