‘R’ is just a label — Washington Republicans are different 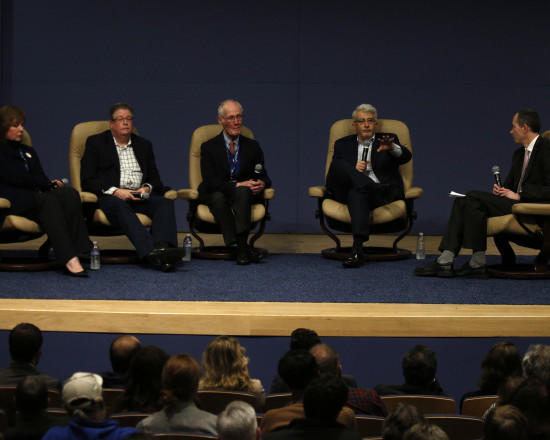 I was recently asked whether Washington would ever again elect a Republican governor.

Without hesitation I replied: “Yes.” Then quickly added a “but” and an “and."

The "but" was Washington Republicans would need to emphasize our uniqueness.

The "and" was Washington voters would need to look beyond the "R" label and acknowledge Washington Republicans, because of remoteness and wilderness, are a little bit different from the national breed.

Remember those PEMCO ads that reminded us "we’re a little bit different"?

Wrapped into our Washington Republican DNA — which I was proud to express as the party's 2016 candidate for governor — is a long tradition of honoring the ecology and natural beauty surrounding us.

It was in this tradition that, as a Seattle port commissioner, I promoted an aviation biofuels initiative, helped develop the port’s clean air strategy, opposed dumping contaminated soils in Elliott Bay, supported habitat restoration and championed innovative storm water treatment projects. Every one of those initiatives was grounded in our Washington Republican tradition.

In addition to safeguarding our natural inheritance, Washington’s frontier carved into Republicans a commitment to egalitarianism that manifests itself in bedrock support for public education.

It’s hard to imagine, but Republicans once dominated state government. Washington’s constitutional insistence that it’s our state government’s paramount duty to amply support schools came about because of Washington Republicans' convictions. They believed government cannot make people smart, risk-embracing, strong, self-sacrificing or hard-working, but they also believed that out here — where eastern connections didn’t get you through a winter — we are equals, and government should ensure every kid has an equal chance to get ahead.

In the 1970s, a Republican governor, Dan Evans, created our community colleges. Then voters, for decades, elected Democrats and education funding fell. In 2013, when Republicans regained control of the state Senate, Republicans cut college tuition and increased K-12 funding.

In the Northwest, innovation is part of all of us. Out here on our own, looking to Asia as much as New York, we create — passenger airplanes, the Space Needle, year-round globally available apples, bone-marrow transplants and cancer cures, personal computers, global health-delivery systems, online shopping and space travel. What makes Washington Republicans different is our dogged determination to keep that frontier innovative spirit alive here.

Sometimes, this comes out by opposing policies that undermine innovation, other times by embracing reform.

It comes out in our opposition to a capital gains income tax or a full-on income tax. That opposition is rooted in wanting to keep Washington welcoming to all who dare, risk, build and invest.

It comes out in Republican support for education reforms that might threaten bureaucracies and entrenched interests, but that could help kids and might invent an entirely new 21st century education system here in Washington.

Washington Republicans want a free community where the new is always possible.

If that means challenging bureaucracies and entrenched interests, fine. We’re already suspicious of institutions, because another building block that runs through our DNA is independence.

Out here on the edge of the continent, we don’t take to being told what to do or how to live. Washington Republicans express that by defending the rights of responsible gun owners and fighting those who would take our property or its value.

Dad recently reminded me of our independent streak. I asked him if he’d read my piece opposing oil drilling in the Olympic Coast National Marine Sanctuary. He looked at me, raised his palm flat, rocked it back and forth to mean it was so-so. This was from the man who taught me to love the Olympics and our wild spaces.

Incredulous, I said: “Dad, you can’t possibly support drilling in the sanctuary?"

There is a mountain of Northwest conservatism packed into Dad’s sentence.

Now, just as Dad and I might occasionally disagree, so do Republicans. The four DNA nucleotides that make Washington Republicans a little different express themselves differently within each of us. Independence and environment are two areas where sub-species can be detected.

When it comes to independence, many conservatives hold hard to beliefs that shape who they are. Growing up in the woods, I learned that my family believed what we believed, but that our neighbors were free to live their lives as they saw fit as long as it didn’t infringe on us. If we want to elect another governor, it’d be good for Washington Republicans to remember that part of not wanting to be told how to live, is not telling others how to live.

When it comes to the environment, some conservatives recently have favored property rights. Fortunately, Washington Republicans know that environmental protection and property rights can co-exist. Chris Bayley, a former Republican King County prosecutor and U.S. Senate candidate, founded Stewardship Partners to help landowners protect habitat without the threat of a regulatory sword. I helped start that group, as well as the Nisqually River Foundation, which is dedicated to helping landowners protect the Nisqually watershed. There, we are finishing the work started by former Republican Gov. Evans.

Can we elect another Republican governor?

Republicans would need to emphasize all that makes us a bit different. We’d need to focus on positive human outcomes, not ideology; on our commitment to environmental protection; on giving every kid an equal chance to get ahead through education; on maintaining policies that reward innovation and risk; on recognizing the dignity of all people and defending everyone’s liberty to live their own life.

And voters would need to acknowledge that Washington Republicans are, like those PEMCO ads put it, a little bit different.

Hear a Feb. 3 discussion of the future of the Republican Party from the Crosscut Festival with Bryant, King County Republican Party Chairman Lori Sotelo, former Sen. Slade Gorton and Chris Vance, a former state party chair and 2016 U.S. Senate candidate who now is part of a centrist movement encouraging independent candidates. The moderator was Austin Jenkins of the Northwest News Network.