These firefighters face a different kind of battle: Immigration 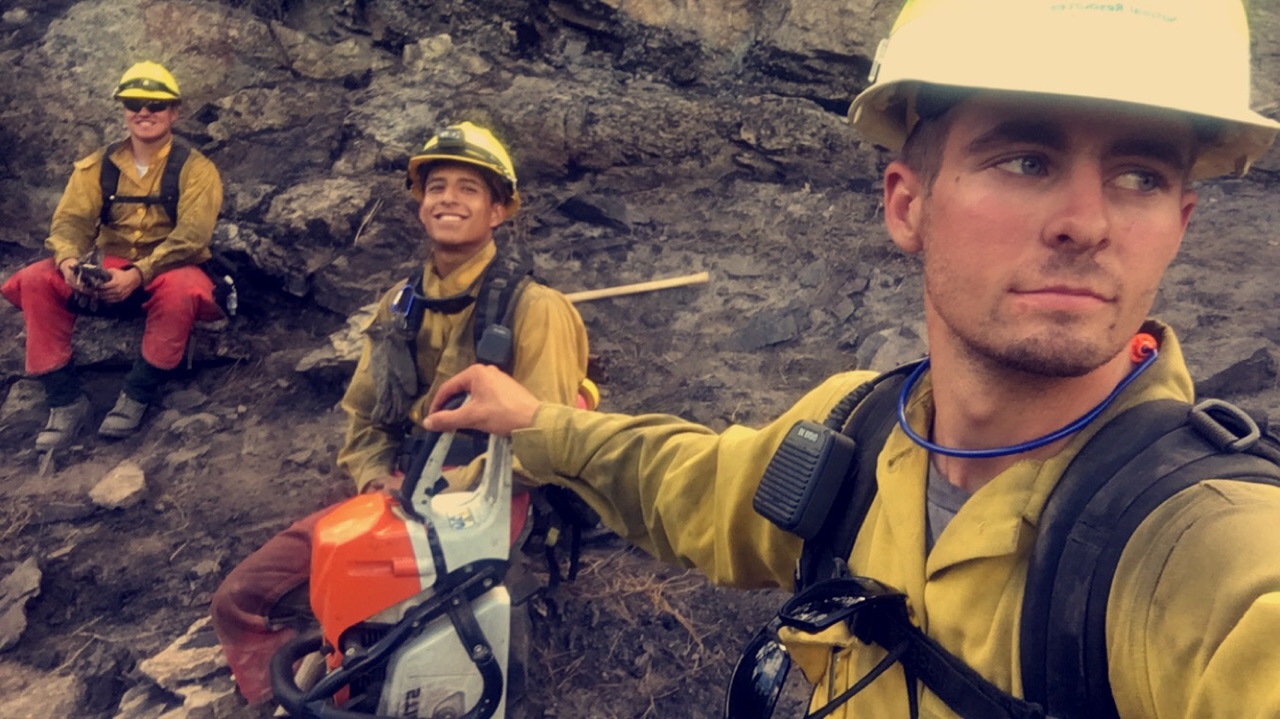 OLYMPIA — All they want to do is to keep fighting fires on millions of acres of private, state and tribal-owned forestlands as part of Washington state's largest on-call fire department.

But the firefighting fates of Noe Vazquez and Christian Garcia Herrera, who have each fought more than 20 fires, are in limbo until the federal government reaches a deal on Deferred Action for Childhood Arrivals, otherwise known as DACA.

On Tuesday in Olympia, Vazquez and Herrera, dressed in crisp, white shirts and skinny, black ties, held a press conference to put a face on the thousands of people who continue to be impacted by President Donald Trump's decision to end the DACA program last Fall.

“It’s sad to realize that if my DACA does get canceled I won’t be able to continue my dream of becoming a wildland firefighter,” Herrera said. “I wanna make a difference in the world some day.”

“I love the adrenaline you get. I love the work. I just love being able to give back to the community,” Vazquez added.

Monday was the deadline for Congress and Trump to reach an agreement on the DACA program, which offers two-year work permits to those who have been in the country illegally since they were children.

There are an estimated 800,000 people who are DACA recipients nationwide; 17,000 in Washington state. Opponents of DACA argue President Barack Obama's creation of the program, via executive order, was unconstitutional. For now, two federal judges have ordered the administration to maintain the program while legal challenges move forward. Ultimately, however, DACA recipients are counting on Congress and the president to resolve the issue.

On Monday, however, the deadline for a DACA deal came and went with no resolution in sight and only Trump tweeting: “It’s March 5th and the Democrats are nowhere to be found on DACA. Gave them 6 months, they just don’t care. Where are they? We are ready to make a deal!"

The White House has said that it will maintain the program only under the condition that Congress provides funding for a border wall with Mexico and increased border security. Trump also wants Congress to agree to sweeping reductions to legal immigration, like so-called "chain migration," a visa program that allows immigrants already living in the United States to bring family members over.

Here in Olympia, Washington’s Commissioner of Public Lands, Hilary Franz, who is ultimately responsible for the state’s on-call fire department, joined Vazquez and Herrera in support of them.

“As our wildfire fighter seasons become larger and longer, and we are seeing even greater need for more people stepping up to be firefighters, we need to make sure that we value people like Noe and Christian,” Franz continued. “What are we trying to accomplish by denying legal status to Dreamers. Who is better off?” (According to the  state Department of Natural Resources, the average wildfire season across the country today is 78 days longer than it was in the 1970s.)

Vazquez, 20, was born in Guadalajara, Mexico. He says he came to the United States with his mother, who had been a victim of domestic violence. Initially raised in Los Angeles, Vazquez moved to Washington and applied for DACA in 2015. He knew college was probably not right for him but dreamt of becoming a firefighter.

“I would stay at home during the summers, and I would see the clouds miles away getting closer and closer, just plumes of smoke,” said Vazquez who, along with Herrera, lives in Tonasket in Okanogan County. “You couldn’t be outside for too long because it’s toxic. I was wondering what I could do for my community, what was something I could do to help because there was a lot of people who were devastated by it.”

Vazquez was able to fight fires in 2017 until his work permit expired. Unable to work, he was short on money and neglected to pay parking tickets. His license was suspended as a result. In January, he was pulled over and detained by Immigration. He served one month in the Northwest Detention Center in Tacoma. Now that he’s been released on bond, he hopes to resubmit his DACA application, but he’s unsure whether the program will even continue and consequently, whether he will be able to go back to fighting fires.

Herrera, 20, still has his DACA work permit and is currently employed by the Department of Natural Resources but he, too, worries. Herrera was born in Guerrero, Mexico but has been in the U.S. since he was an infant. In fact, Herrera says he would have been born in the U.S. if not for the fact that his mother had to travel back to Mexico to take care of his grandmother, who was dying from cancer. Herrera, who was also raised in California, moved to Washington about six years ago. He wasn’t sure fighting fires was right for him but once he got started, he was hooked. He realized it was a good way to serve as a role model for his younger siblings and the community at large.

The two young men’s supervisor, Justin Wilson, was also on hand in Olympia to offer support. Wilson said he could see right away that they were right for the job.

“You work and earn your paycheck, you don’t expect it, and I’ve seen that in these two individuals,” Wilson said. Wilson also said bilingual firefighters, capable of communicating with various communities about fire safety, are more important than ever and in short supply. Wilson could lose as many as four firefighters if the DACA program doesn’t continue.

“Basically that shuts a whole truck down. I’ve got four people on a truck. If I lose these four people we’ll lose a resource, plain and simple,” Wilson said.