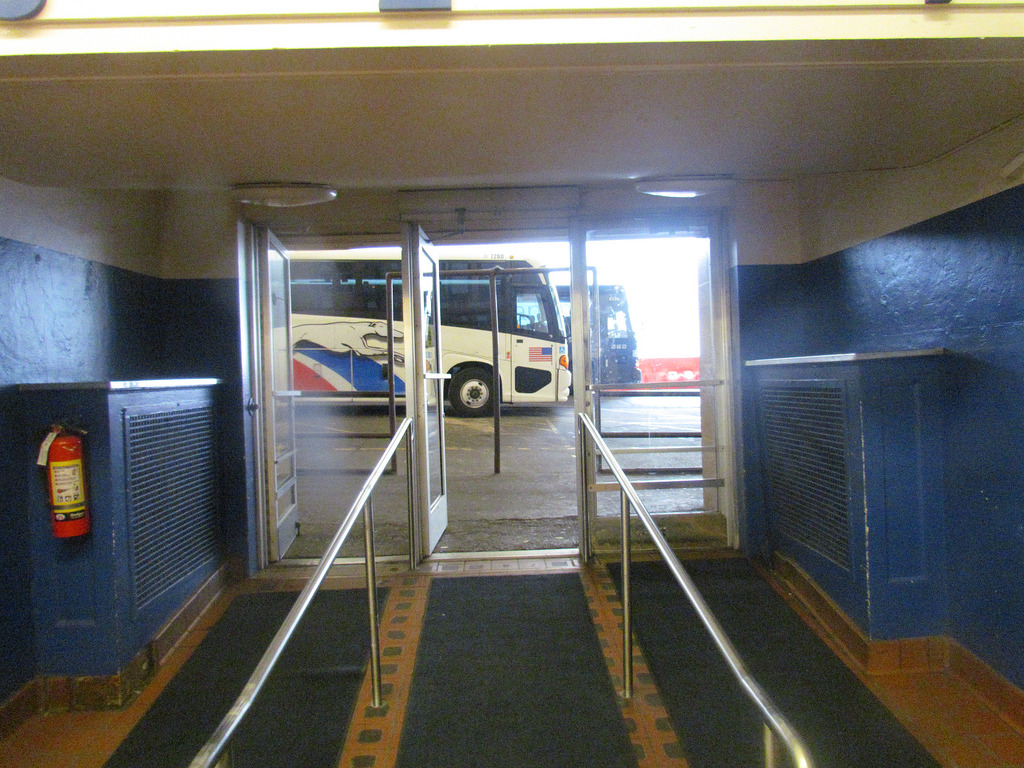 The American Civil Liberties Union in Washington and other states have issued a letter asking that Greyhound Lines stop allowing U.S. Customs and Border Protection (CBP) agents to routinely board its buses to question passengers about their immigration status.

The ACLU and other advocates argue the raids, which customs agents have conducted on an increasing basis since the election of President Donald Trump — including here in Washington state near the Canadian border — violate passengers’ Fourth Amendment rights. Those rights protect against “unreasonable searches and seizures.”

“These intrusive encounters often evince a blatant disregard for passengers’ constitutional rights and have even resulted in CBP agents removing passengers from buses and arresting them,” reads the letter sent on Wednesday to Dave Leach, president and chief executive officer of Greyhound Lines, Inc. based in Dallas, Texas.

Greyhound confirmed that it had received the letter and said it planned to respond.

“We understand their concerns and those of our customers with regard to this matter,” Greyhound said in a statement provided to Crosscut. “However, Greyhound is required to comply with the law. We are aware that routine transportation checks not only affect our operations, but our customers’ travel experience, and will continue to do everything legally possible to minimize any negative experiences.”

“Greyhound has opened a dialogue with the Border Patrol to see if there is anything that can be done to balance the enforcement of federal law with the dignity and privacy of our valued customers.”

ACLU and other advocates argue Greyhound is not legally obligated to cooperate with Customs and Border Protection because as a business it, too, is protected under the Fourth Amendment.

Under the law, officials are allowed to conduct warrantless searches as long as they’re near the border. “Case law seems to suggest within 100 air miles just about anything is fair game,” said Stephen I. Vladeck, a professor of law at the University of Texas. (According to The New York Times, a "measure to limit that distance to 25 miles passed the Senate in 2013 but was rejected by the House; it was proposed after Senator Patrick J. Leahy, Democrat of Vermont, was stopped by the Border Patrol at an immigration checkpoint.")

The U.S. Department of Justice adopted the regulations establishing officials' ability to operate without a warrant close to the border in 1953. Two Supreme Court cases in the 1970s — Almeida-Sanchez v. United States and United States v. Martinez-Fuerte — generally upheld the new regulations, Vladeck explained. Yet both Vladeck and the ACLU point out that, legally, officials must still have either probable cause or consent to conduct the searches — even without a warrant.

In fact, in 2013, the ACLU of Washington and the Northwest Immigrant Rights Project announced a settlement in a case that challenged the Border Patrol’s practice of stopping vehicles and interrogating passengers on the Olympic Peninsula. As part of the settlement, the agency acknowledged that vehicle stops away from the border must be based on reasonable suspicion and promised to give agents additional training in Fourth Amendment protections.

Matt Adams, legal director of Northwest Immigrant Rights Project, said at the time: "This agreement confirms that Border Patrol can’t pull over a vehicle because of the driver’s race or ethnicity or simply because the person lives in proximity to the border."

In its March letter, the ACLU argues Border Patrol has fallen back on regularly interrogating passengers without probable cause and singling out individuals "because of the color of their skin or because they have a foreign accent.”

According to U.S. Customs and Border Protection records obtained through a Freedom of Information Act request by the University of Washington’s Center for Human Rights that were shared with Crosscut, agents who board Greyhound buses often stay at the front of the bus “near the driver's area to leave the aisle open to anyone who wished to freely enter or exit the bus."

“I went to the back of the bus and, in the English language[,] began to ask each passenger as to his or her citizenship,” the description of a Greyhound search in a CBP document goes on to read. “When I questioned each passenger, I stood at the rear of seat in which the passenger was sitting to allow him or her to depart from the bus if they wished to do so.”

Vladeck said the U.S. Supreme Court would likely be uncomfortable with the way those searches are being conducted. Agents make it clear they’ve given passengers the ability to leave the bus because otherwise they would be legally obligated to read them their Miranda Rights, which would include a statement about how they have the right to remain silent, Vladeck explained. With the way searches are conducted now, passengers have the right to remain silent when questioned but often aren't aware of the fact.

And even if passengers were aware of their rights, Adams of NWIRP asks: “What are they going to do, get off and lose out on their bus trip?”

"It just defies common sense to say oh, yes, they have the opportunity to walk away," Adams said.

According to the 856 pages of CBP documents obtained by the UW’s Center for Human Rights, CBP has been routinely conducting Greyhound searches in Washington state. But information on exactly where the agents are boarding buses has been redacted in the documents.

According to CPB records from the first half of last year, from January 2017 to May 2017, the agency conducted Greyhound searches at least seven times, which averages to more than once a month. According to one news report, in 2017 alone, CBP agents took into custody at least 34 people in the Spokane area.

Angelina Godoy, director of the UW's Center for Human Rights, has filed an appeal challenging the redactions. According to Godoy, the agency had initially claimed it had no records pertaining to searches in Washington state. Customs and Border Protection also promised to respond to the Center's latest appeal by Feb. 9 but has not done so.

When asked directly, a spokesperson for CBP, which is an arm of the Department of Homeland Security, would not provide statistics on how often, or where, it questions passengers.

In response to questions, the agency would only say that it’s "been performing enforcement actions away from the immediate border in direct support of border enforcement efforts and as a means of preventing trafficking, smuggling and other criminal organizations from exploiting our public and private transportation infrastructure to travel to the interior of the United States. These operations serve as a vital component of the U.S. Border Patrol’s national security efforts."

"Although most Border Patrol work is conducted in the immediate border area, agents have broad law enforcement authorities and are not limited to a specific geography within the United States. They have the authority to question individuals, make arrests, and take and consider evidence," the statement read.

Chris Rickerd, a policy counsel at the American Civil Liberties Union's National Political Advocacy Department, argues courts have ruled CBP stops are constitutional only insofar as they prioritize brief immigration checks and not law enforcement efforts, such as drug searches.

Immigrant advocates point out how CBP checks can get out of hand. In January, agents confronted a father and son as they rode a Greyhound bus from Seattle to Montana. The son had Deferred Action for Childhood Arrivals, or DACA, status; the father never gave the agents any information about his immigration status. But officials arrested the pair.

There has also been outcry over the agency's Greyhound searches in other parts of the country.

In January, for example, two videos taken by Greyhound passengers in Florida captured CBP agents asking passengers for proof of citizenship. The videos, which went viral, prompted nineteen members of Congress to issue a statement calling CBP’s actions an “abuse of mandate and authority.”

In another incident that month, CBP agents stopped a Los Angeles resident as he boarded a Greyhound bus in Indio traveling to Los Angeles. The agents, according to the ACLU, detained the man because his “shoes looked suspicious,” like someone who had recently crossed the border.

Adams of the Northwest Immigrant Rights Project said he has several clients who have been interrogated on Greyhound buses. Suing CBP over these incidents is a possibility, Adams said.

“They’re just engaging in racial profiling,” he said. “They have this literally captive audience.”