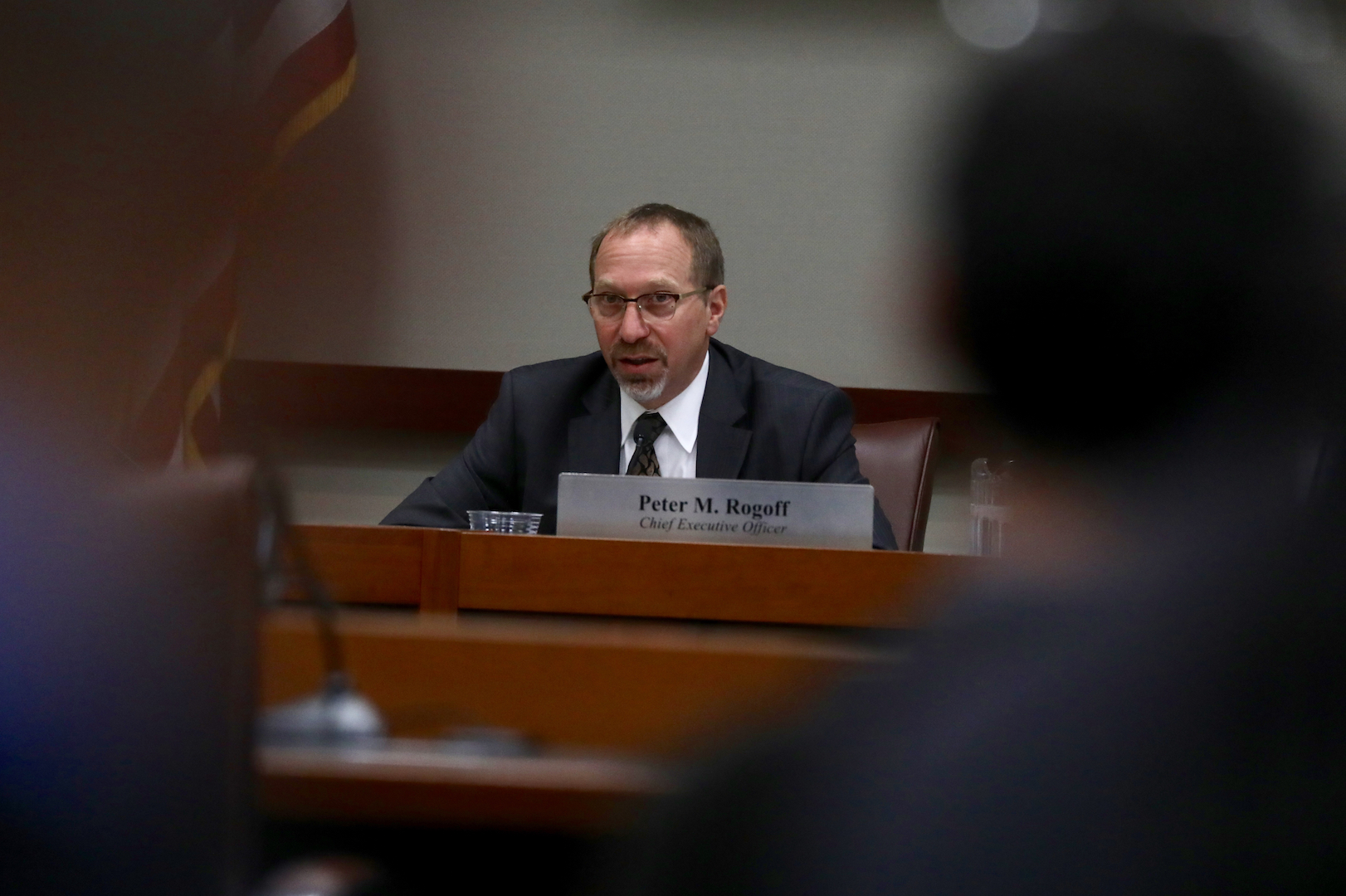 Three weeks after employee complaints against Sound Transit CEO Peter Rogoff surfaced, the transit agency’s Board of Directors signed off on a new set of performance goals for the well-paid executive.

Assigning performance goals to the agency’s CEO is an annual occurrence. Following the recent airing of employee concerns about possible sexism and racial bias on Rogoff's part, board members on Thursday drew specific attention to the goal that he improve "leadership skills, including the areas of active listening, self-awareness, and relationship building.”

The Board on Thursday named Auburn Mayor Nancy Backus, Everett Councilmember Paul Roberts and Steilacoom Mayor Ron Lucas to oversee a more extensive “leadership development plan” for Rogoff, which will make more specific demands for improvement. That plan will be completed sometime in the near future. Backus, Roberts and Lucas will be tasked with reporting back to their fellow board members periodically.

Rogoff found himself answering to the board in early March following a slate of complaints against him from employees. Included among the issues were claims he’d referred to a woman as “honey,” had looked an employee up and down and had acted condescendingly at a Black History Month luncheon.

In a review of the complaints, nearly all of which were leveled shortly after Rogoff was hired in early 2016, an outside attorney said Sound Transit had properly vetted the issues and was not legally liable.

Attorney Steven H. Winterbauer wrote that he (Rogoff) “acknowledged his actions, agreed they were inappropriate, understood how they could insult or offend regardless of his intentions, and pledged not to behave similarly in the future."

Board members and Rogoff himself have blamed some of the issues on the intensity of 2016, leading up to the Sound Transit 3 vote.

They’ve also repeated that Rogoff’s demeanor is somehow the result of his being from the East Coast — something Rogoff has also pointed to in defending his crass behavior.

However, he also apologized for his behavior. “My workplace demeanor in early 2016 was the wrong approach,” he said. “I take full responsibility for it. I apologize to the Board for it today just as I apologized for it during my 2016 performance review.”

The complaints against Rogoff have been known to some members of the board since late 2016 when the executive board hired a coach for Rogoff to help improve his leadership skills. But the full board was not informed until late 2017.

After the complaints surfaced, a majority of the board agreed Rogoff could effectively continue his job. But Seattle Mayor Jenny Durkan did not, saying in the March 2 meeting, “I do not believe these issues have been resolved.”

The board declined to give Rogoff a raise but voted to approve a 5 percent cost of living adjustment, bringing his salary to over $328,000.

The board is slated to choose a leadership development and mediation consultant in April to help develop the leadership plan.