After Democratic upsets, is Washington’s 8th District next? 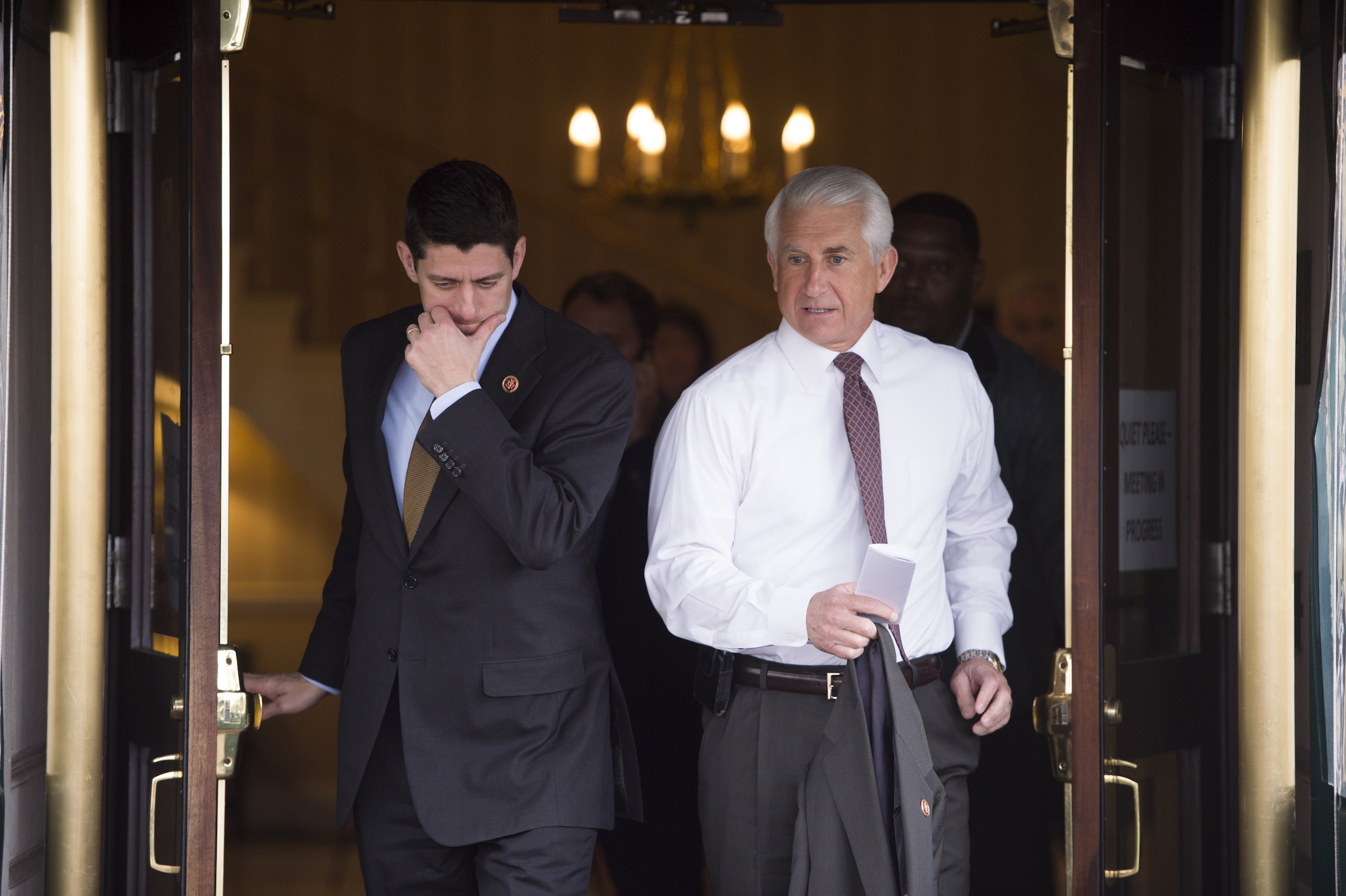 The margin may have been tight, but it was still damning. The Pittsburgh-area district shouldn’t have been competitive. Donald Trump won the district by nearly 20 percentage points in 2016. Despite the district’s somewhat overstated working-class roots, Mitt Romney didn’t fare much worse, winning the district by a 17-point margin in 2012.

Some conservative commentators have hand-waved the loss, noting that Lamb was an unorthodox Democrat in an unorthodox district. Maybe so, but Pennsylvania’s 18th Congressional District is one data point among increasingly many. According to the electoral statisticians at FiveThirtyEight, the average Democratic candidate in federal special elections in 2017 and '18 has overperformed the Democratic baseline projection — the results you’d expect if partisan voting were evenly divided nationwide — by about 17 percentage points. By this standard, Lamb’s overperformance – 22 points – was high, but not an outlier. That’s bad news for Republicans, since congressional special election results have historically been a strong predictor of midterm performance.

In 2016, Reichert waltzed to victory against Democratic candidate Tony Ventrella, who dropped out of the race in July only to re-enter after the August primary put him ahead of Reichert’s other challengers. In November, Reichert triumphed 60 percent to 40 percent, a 20-point margin, even while 8th District voters chose Hillary Clinton over Donald Trump by 3 points, 46 percent to 43 percent. That’s a lot of split tickets.

The 2018 race is already afoot. Washington Republicans have found a credible candidate for the 8th in Dino Rossi, whose poor winning record in statewide races obscures his consistent overperformances versus the state’s Republican baseline. While the Democratic field is wide open, a competent Democratic candidate virtually guarantees a competitive election in the district, which includes parts of King and Pierce counties as well as Chelan, Kittitas and part of Douglas County east of the Cascades.

In fact, the incumbent president’s party rarely retains newly open congressional seats if they voted for the opposition presidential candidate in the previous election. Clinton’s win here was a portentous one.

The national numbers are harrowing for the GOP. Washington Republicans, though, are a unique breed. And the public polling, to the limited extent it exists, shows the race as a dead heat. What can the result in Pennsylvania, and in the special elections nationwide, tell us about Washington’s 8th?

The Republican case for optimism

Before diving in, a disclosure: As a political consultant, I largely work with Democratic and left-leaning candidates in local races. Part of the job, though, involves being realistic about the political landscape when developing campaign strategies. In 2014, that meant being bullish on GOP chances. This year, I’m a lot more bearish. Still, though, Washington Republicans have some things going for them.

One is their local brand. At least to the voters, Republicans in Washington state are different. It’s why Hillary Clinton can win the state by 16 points, and yet our legislative elections remain competitive. In the state Legislature, 17 members of the Republican caucus come from Clinton districts.  Only two Democrats come from Trump country — both from a marginal, working-class district along Washington’s coast, which leaned Democratic until 2016.

To the extent that Washington Democrats would like to make the race in the 8th District about national issues, they will be running up against Washington voters’ tendency to afford local Republicans more benefit of the doubt. Despite the GOP’s terrible national brand, local Republicans could still overperform.

In the 2017 General Election, for instance, Democrat Manka Dhingra flipped King County’s suburban 45th Legislative District, defeating Republican Jinyoung Englund by an 11-point margin. But Englund could have fared worse. The 45th voted for Hillary Clinton by 35 points and Barack Obama over Mitt Romney by 18. Jay Inslee, who won by single digits statewide, won the 45th by 15. Dhingra’s victory was historic, but it was not reflective of a cratering local GOP. Neither were results in the 31st Legislative District in November, where Republicans ran ahead of Trump, Romney and even Republican gubernatorial candidate Bill Bryant.

Another variable is Washington’s vote-by-mail system. Although voting by mail often aids Democrats by increasing turnout among lower-propensity demographics, it may backfire on them in 2018. Nationally, Democrats have opened up a big “enthusiasm gap” over Republicans. Their voters are more driven to turn out, a fact that has allowed them to win shock victories in very low-turnout special elections in places like Oklahoma and Kentucky. By lowering the barrier to entry for apathetic voters, vote by mail may lessen the relative drop-off in Republican turnout. Unenthusiastic Republican votes are still Republican votes — and Washington’s balloting system may mean more of them.

Finally, some Republicans point to the special election in Georgia’s 6th District as a source of hope. In this June 2017 bruiser, Republican Secretary of State Karen Handel defeated upstart Democrat Jon Ossoff by 4 percentage points. This highly educated district was full of Republican-leaning voters who resented Trump; his 1.5-point margin was greatly reduced from Mitt Romney’s 23.3. Looking at Ossoff’s loss, analysts speculated that Trump-skeptical Republican voters might regress toward their traditional partisan lean in congressional elections without Donald Trump on the ballot. These analysts also noted that the higher turnout in Georgia’s 6th might have reduced the advantage Democrats receive from the enthusiasm gap.  A similar dynamic could occur in affluent Issaquah and Sammamish, where Trump-skeptical GOP-leaners might deliver for Rossi like their Georgia counterparts did for Handel.

The Democratic case for optimism

The 8th District may have a lot of voters who switched from Romney to Clinton, but the Republicans have nearly as many recent converts to lose here as the Democrats do. Unlike Georgia’s 6th, however, Washington 8th did not swing wildly against the Republican. Clinton gained only one point on Obama’s two-point margin. Trump may have lost a lot of educated, wealthy Republicans in Issaquah and Sammamish, but he nearly made up that ground in the rest of the district.

Who are these voters? Conventional wisdom — that Trump is the candidate of disenfranchised rural whites — might suggest he converted the most voters in the Eastern Washington portion of the 8th, which includes Kittitas, Chelan and parts of Douglas County. This is not the case. Trump basically treaded water here, driven by a modest decline in the Wenatchee area, which sports an above-average number of college-educated Republicans.

Trump’s real triumph was in eastern Pierce County. This growing portion of the 8th includes Bonney Lake, Orting, Buckley, Eatonville and the sprawly southern periphery of the Tacoma metro area. This part of Pierce County is heavily white, and only about one-fifth of adult residents have a college degree. In 2012, Romney won by 4 points. Trump ballooned that margin to a stunning 18 points — greater even than his margin in the Eastern Washington portion of the 8th.

Some of that gain was turnout; some of it was conversion. Either way, this part of the district — which has an above-average number of voters who only sometimes vote in midterm elections — could shed Republican voters. In fact, it’s not places like Issaquah or Sammamish where Republicans have seen the greatest losses in recent special elections. It’s places like eastern Pierce County.

The 2018 climate will be driven greatly by nationalized partisan sentiment, as midterms typically are. Nationally, Democrats now lead the national “generic ballot,” tracking party preference for congressional voting, by nine points. Once pollsters switch to surveying only likely voters, the enthusiasm gap may further increase the Democratic advantage. Washington Republicans may be somewhat insulated from a national wave due to their stronger local brand, but insulation doesn’t do you much good in a tsunami.

The case for realism

I’ve thrown out a lot of cases on both sides, but I don’t want to draw a false equivalency. Some arguments are better than others. Here are the top three takeaways for the 8th District race, in descending order of importance:

In the end, that last take-away is by far the most important. This is a nasty environment for Republicans. That environment could improve, but it could also degrade even further. Arguably, the GOP faces more downside risk than upside. A stock market crash or huge twist in Russiagate could turn a Democratic tsunami into a … well, we don’t even have a tidal metaphor for that.

I would put the odds of both under 50 percent, though. That leaves our likeliest scenario closer to the current equilibrium: a Democratic wave.

Under that scenario, it’s unlikely that the GOP’s assets — a good local brand, convenient mail voting for the less-enthused, and decent recent showings in state elections — will be enough to keep Rossi above water. Here in Cascade Country, our home-state Republicans may stand on higher ground. But some waves can overtake even mountains.