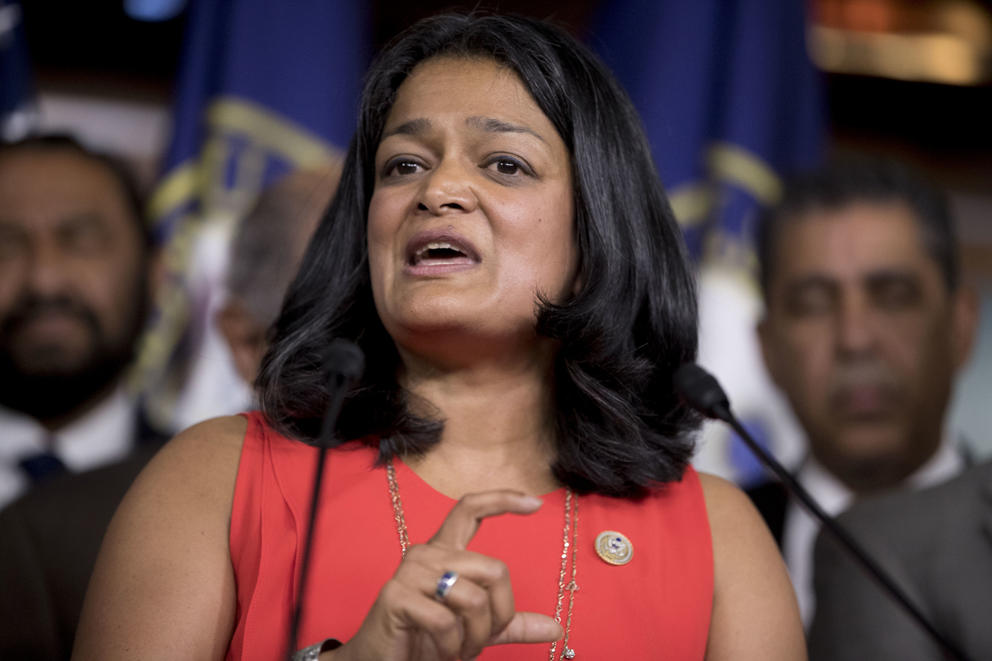 What was once a first-of-its-kind jail diversion program between Seattle police and local case workers may soon land on the desk of President Donald Trump, a man known more for his threats to execute drug dealers than his willingness to find new solutions to an out-of-control opioid epidemic.

But first-term Seattle Congresswoman Pramila Jayapal is finding support on both sides of the aisle for funding the Law Enforcement Assisted Diversion program (LEAD) in the 2019 federal budget.

“It’s got the attention of Republicans because LEAD is a program that offers social services to people instead of incarcerating them,” Jayapal, a Democrat, said in an interview Tuesday.

LEAD first began in Seattle in 2011 as a response to racially disproportionate drug-related arrests. While post-arrest diversion programs are common in courts across the country, LEAD was unprecedented in that police officers would not make an arrest right away, avoiding the messy and often harmful bureaucracy of the criminal justice system.

Instead, officers connect low-level offenders — such as drug possession or prostitution — with case workers. What makes LEAD even more unique is that the diversion does not come with the same level of requirements as drug courts. The only thing required of a participant is an intake assessment, and if a drug user continues to use, they won’t be arrested.

It’s a program in the same “harm reduction” arena as needle exchanges for heroin users, built on the idea that assistance need not come with a sobriety requirement and that society’s hope for a person may not always align with the current reality. Or, as public defender and LEAD founder Lisa Daugaard likes to say, that “better is better.”

Another unique aspect of the LEAD program was that from the beginning, its success has been contingent on collaboration with the criminal justice system. In addition to a wide range of business, neighborhood and advocacy groups, Daugaard worked closely with King County Prosecutor Dan Satterberg and City Attorney Pete Holmes as well as with local law enforcement to make it a reality.

In the years that have followed, data has shown the program to be effective at keeping people out of jail and reducing recidivism. Participants are more likely to find housing and/or a job, and to come away with a positive view of local enforcement. The program was highlighted in a recent Frontline documentary as a new approach to the opioid epidemic.

As a result, LEAD has already begun to spread, and is currently or soon to be operating in 25 cities from Portland, Oregon to Huntington, West Virginia. An additional 36 cities are either developing programs or exploring the idea.

But this expansion has not come with the aid of the federal government. Now, both Daugaard and Jayapal are optimistic that could change, thanks to the broad support from communities who have seen it work. “They have a significant issue in their state and they’re hearing from law enforcement that this approach is effective,” said Daugaard.

Jayapal, for her part, has been interested in LEAD since her time as a state senator in Olympia. After she was elected to the U.S. Congress in 2016, she was appointed to the House Judiciary Committee, which gave her an opening. “When I came it was just a natural thing for me to work on, being on the judiciary committee” she said.

This past September, she sent a letter to the chair of the House Appropriations Committee requesting $2.5 million for the program in the 2019 budget. At that time, she only had the support of fellow Democrats.

But by December, Republicans started coming on board, including Congressman Jim Sensenbrenner (R-Wis), whom Jayapal pegged as a Republican with an interest in criminal justice reform. She also collected signatures from Republicans Walter Jones, David McKinley, Alex Mooney and Mike Johnson. With that support, she sent another letter re-stating the call for the $2.5 million on March 13.

The proposal also has some traction in the U.S. Senate: In a March 15 letter sent to the Senate Appropriations Committee, 12 Democrats included LEAD as one of a number of proposals aimed at reducing opioid-related arrests. No Republicans signed the letter.

Daugaard concedes that $2.5 million isn’t anywhere near enough to run the program country-wide. But what’s important, she says, is what it symbolizes. “We’re not talking about a level that would support implementation of LEAD nationwide, so I don’t want to overstate [the funding’s] significance,” she said. “The significance here is really about a paradigm shift… The further down the road you go, the harder it is to turn back.”

Jayapal is genuinely optimistic about the funding’s chances, in part because it’s such a small amount of money. “I think that the chances are pretty good,” she said. “Then the question becomes, can we expand our understanding of LEAD? Can we get it into the main conversation as a practical solution to the opioid crisis?…I do think Republicans have an appetite for this.”