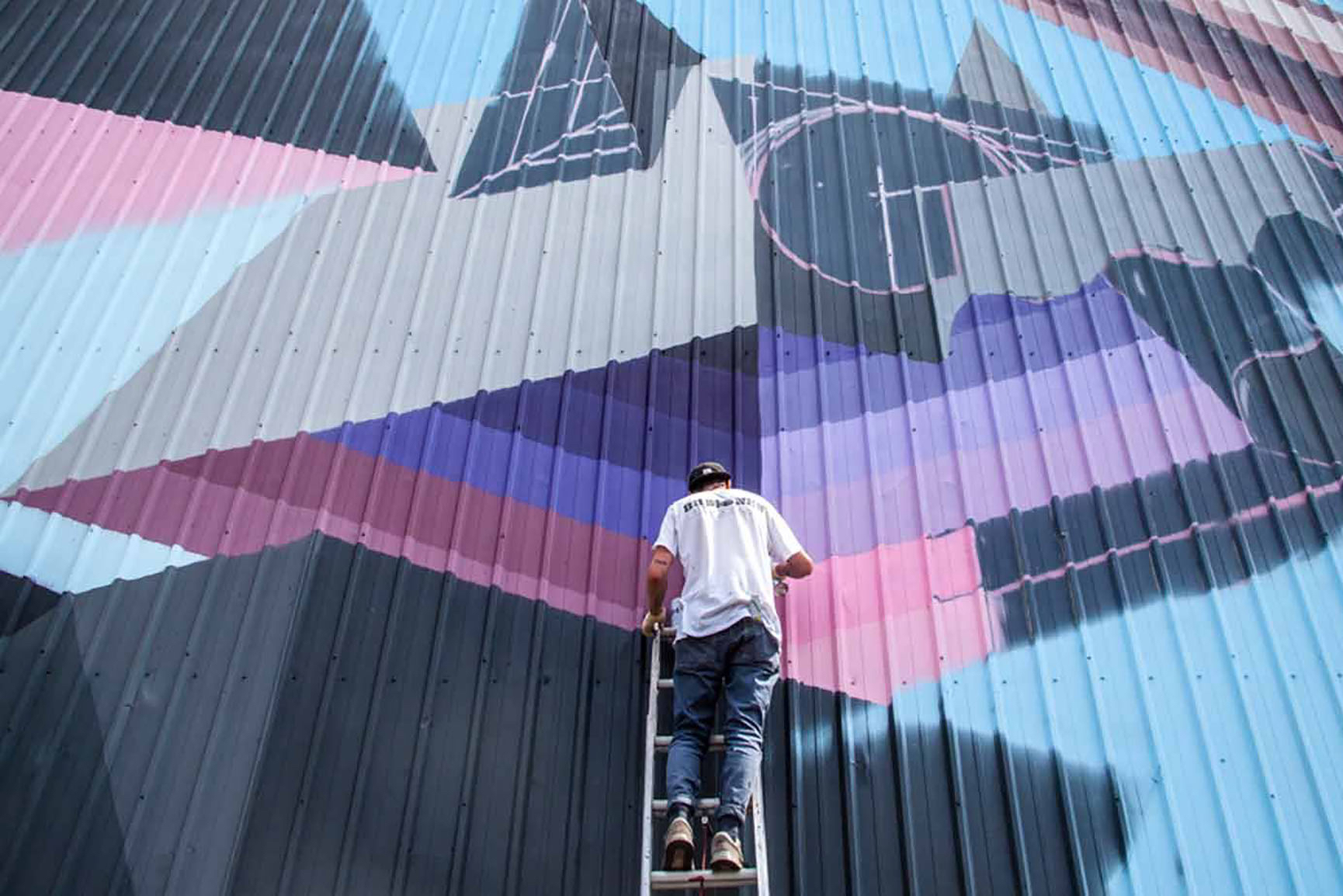 The SODO Track mural project has commissioned over 50 artists to paint the SODO bus way. It is produced by 4Culture in collaboration with Gage Hamilton and Urban ArtWorks, and in partnership with the SODO BIA, King County Metro and Sound Transit. © Low Bros (Photo by @wiseknave)

Despite objections from many in the artist community, the King County Council voted Monday to tighten its control over 4Culture, an arts and culture agency that distributes grant funding to artists and cultural institutions around the county.

The ordinance — which passed 6-to-3 — makes changes to 4Culture’s governance structure, giving the county council the authority to hire the agency’s executive director and allowing each council member to appoint a 4Culture board member from their district.

The changes also require that the council approve 4Culture’s budget prior to public funds being transferred to the agency, which opponents of the ordinance say could influence the grant-awarding process. Under the current process, the 4Culture board is responsible for approving the agency’s budget and has the authority to hire and fire its executive director.

Sponsors of the bill said these changes would improve communication between the council and 4Culture, a public development authority, while ensuring a diverse geographical representation both on the agency's board and among recipients of the grant funding.

Councilmember Dave Upthegrove, one of the six sponsors of the ordinance, defended the changes, calling them “small improvements” that would not impact the agency’s grant-funding process.

“The ordinance will give the county council a small ability to try to be a voice for our constituents,” Upthegrove said before the vote.

In a statement released after the decision, 4Culture said it “will adjust to all of these new rules.”

But it warned that changes are “limiting our future independence by controlling our budget and board member appointment process in the name of ‘increased oversight and accountability.’ ”

Christina DePaolo, a spokesperson for 4Culture, said the decision doesn’t impact current funding or programs. But the focus council members placed on the need for greater geographical diversity, DePaolo said, could “politicize” the awarding of future grants.

Supporters of the changes said that there has not been a great enough spread of the grants to some parts of the county or to demographic groups.

The three members released a joint statement after the vote, saying: “We’re more than disappointed by today’s vote because this is a classic case of a ‘solution in search of a problem.’ It’s simply not necessary for the council to micromanage an organization that has been nationally recognized for the work it has done on behalf of artists throughout the region.”

Over the course of several meetings, council members debated a number of amendments to the ordinance, eventually eliminating a proposal that would have given the council authority to also fire the executive director. And the council added a requirement that if it does reject the agency’s budget, a rationale for that action must be given.

Kohl-Welles had urged other council members to delay the vote and, instead, convene a task force before proposing changes to the agency.

“Where is the urgency to go ahead with these recommendations?” Kohl-Welles asked. She said it would have been better to have started with a task force “and work with the communities involved and come back to us with recommendations. That’s how things are done.”

“I don’t understand why we aren’t doing it that way here,” added Kohl-Welles, to applause from the audience, many of whom continued to pack council chambers in support of 4Culture throughout the recent discussions.

“I see this as a hostile takeover, short and simple,” McDermott said right before the council voted.

The council did approve assembling a task force to address geographical diversity while moving forward with the changes.

“I have not gone by anecdotes on the problems,” said Councilmember Rod Dembowski, a supporter of the measure. “I’ve looked at the data — the data on small and culturally diverse organizations, the data on geographical distribution of funds. And while I think we are heading in a better direction, we need to accelerate that and do better. I hope that will come out of this process.”