A new Seattle schools superintendent? Not so fast 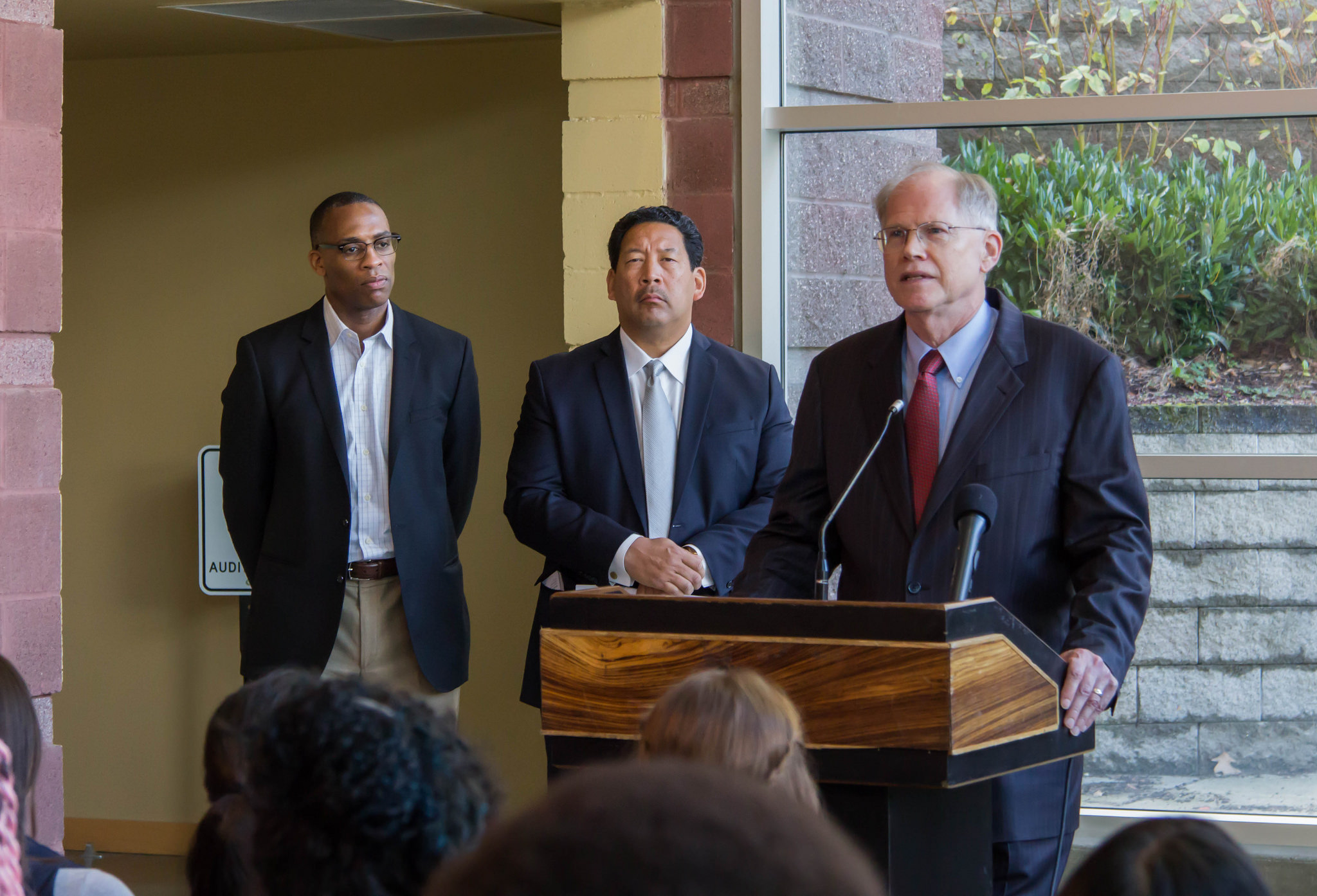 Larry Nyland makes recommendations to the City of Seattle on Closing the Opportunity Gap. (Photo by Seattle City Council/Flickr)

Why is the Seattle Public School Board rushing to replace Superintendent Larry Nyland? In late 2016, they quietly chose not to renew his contract, letting a year pass before announcing a hiring process for his replacement. Now the board is pushing through a superintendent search without listening or authentically engaging the very communities who will be most affected by changes in the district.

It is difficult to understand the board’s rationale for moving quickly. They are aiming to make a decision about a new Superintendent by the first week in April, after only a three-month process.

We all want a committed leader who will stay long-term. Stable, long-term leadership matters. Superintendents who are strategic thinkers and cultivate strong leaders, communicate their vision, collaborate and engage their communities are the ones who deliver the best results for students. Making sure we have the right fit is crucial — for our students, our families, SPS staff and our community.

The Seattle School Board could have developed a six-month process that included reaching out to families and communities to host multiple public meetings in all parts of the city. It hasn’t. By partnering with community organizations to host parent engagement meetings, the school board could have included community voice.

We can take our time and do this right. We have a steady hand in Nyland. The 2017 Family Survey shows a 14 percent increase in satisfaction with the district under his leadership. Nyland has made progress closing the opportunity gap. Between 2014 and 2017, graduation rates for black students have risen 12 percent. Our students test at nearly a full grade above the national average. Our third graders’ reading scores out-perform the state by 10 points, and 8th grade math scores lead by 15 points.

Nyland has worked tirelessly with teachers, staff, principals, families and the central leadership to cultivate mutual respect, open communication and honest feedback. This alignment is critical for student success and staff morale. With the Seattle Education Association teachers’ contract currently under negotiation for next year, there would be more than just time lost by switching leaders mid-stream. Trust and the ability to constructively address differences of opinions are critical in developing a labor agreement that moves the district forward for our students.

But the process to replace our current superintendent has felt like a check-box approach to community input: sparse, incomplete and exclusionary. Worse, it has resulted once again in under-representing people of color in school district processes.

Seattle is a majority minority school district and the opportunity gap for students of color and immigrants is one of our most pressing issues.

Though Black and Latino students make up 15 percent and 12 percent of Seattle schools population respectively, fewer than half that number took the community engagement survey conducted by Ray and Associates (the search firm hired by the school board). In a district of about 60,000 students, only four families requested that the survey be translated to another language. White families make up 48 percent of SPS population, but represented an overwhelming 69 percent of responses to the survey.  The sparsely attended Town Hall listening sessions were poorly advertised, and hence, poorly attended.

This is unacceptable. Board members should be actively engaging all kinds of families and students to learn about their hopes, dreams and interests for the future of Seattle’s schools. Board members should get out of the Stanford building and get into communities where people actually live and go to school.

The Board recently announced that three finalists will be available for a community forum at the end of March. But how do we know that the candidates are right for our community when so many voices have been left out? What are the criteria that the Board is using to make the decision, and what is that based on? Our communities, including people of color and immigrants, need to feel they have had authentic input, but this rush job is undermining that principle.

There is little to lose and much to gain by taking a step back and slowing down the search.

Phyllis Campano is the President of the Seattle Education Association.

Paula Montgomery is the President of the Principal Association of Seattle Schools.