After the huge, undulating swells of his landmark “Become Ocean,” the composer transitions to stillness, silence with “Become Desert” 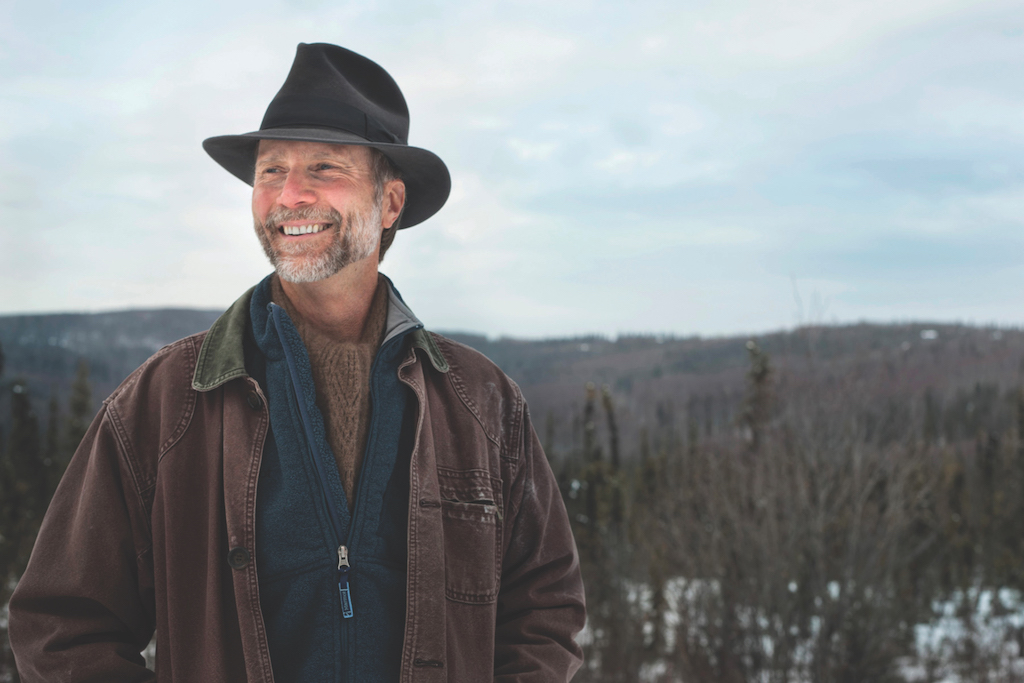 The moment you step into Benaroya Hall for Seattle Symphony’s world premiere of “Become Desert,” you’ll notice that the woodwind section has a new perch: sitting on a raised platform at the back of the stage, well above the strings and percussion. They aren’t the only players who’ve abandoned their traditional posts. The French horns, trombones and trumpets stand in second-tier box seats, at left and right, where they share the narrow space with tubular chimes. And then there’s the choir, stationed at the rear of the concert hall, poised in the highest corner like a spider.

This analog surround-sound, achieved with instrumental geography, is the brainchild of composer John Luther Adams, renowned for his atmospheric, hypnotic creations that often take endangered natural environments as their inspiration. His 2013 piece, “Become Ocean” (commissioned by the Seattle Symphony, as was “Become Desert”), won a Pulitzer Prize, a Grammy Award and the attention of Taylor Swift, who was so moved upon hearing the work she donated $50,000 to the Seattle Symphony.

Adams says his goal is to immerse the audience in a sonic landscape, with music “grounded deeply in place.” In an essay he wrote about “Become Desert,” published earlier this month, he says that for him, “space is a fundamental compositional element.” He’s not speaking metaphorically. For this new work, he thought long and carefully about the physical and acoustic space of Benaroya Hall and how he might arrange the orchestra so as to fully immerse the listener. “Only when I arrived at this layout, only when I could begin to hear this sonic space in my mind, was I ready to begin writing the score,” he says.

Now 65 and spending much of his time in the Sonoran Desert, Adams calls Alaska home, having lived there nearly 40 years. He often notes the similar, unpopulated vastness between the Arctic tundra, the Pacific Ocean and the desert — the sense of encountering something so expansive it’s difficult for humans to perceive.

So how does he transport the audience from downtown Seattle to a wide-open desert landscape? “The bells drive the whole piece,” says Seattle Symphony maestro Ludovic Morlot. There are glockenspiels on either side of the stage, tubular chimes in the second balcony, antique cymbals on the raised platform, and handbells played up high with the choir. (At one point during a recent rehearsal, Adams shouts, “More handbell!” with a knowing grin.) “You’re being surrounded by bells,” Morlot says. “It’s a little scary. Like being in the desert in the middle of the night and you aren’t sure what animal is making those noises.”

The soundscape does sound a little scary, in the classic sense of the sublime. It recalls something massive, larger than ourselves. In addition to the bells, the opening sequence features high harmonic violins — not like “Psycho” screeches, quite the opposite, more like the soft high notes that begin the original “Star Trek” television series theme. “Become Desert’s” opening is similarly mysterious and suggestive of endless space.

Violinists pull bows across strings in slow motion and it sounds like sunlight spilling through a crack in the blinds, widening as it moves across a room, dust motes twinkling. Or maybe it sounds like a spaceship, coming around some faraway planet to see the first rays of an unexplored sun. It definitely sounds like light — quiet, but bright and revealing.

This sonic rendering of visual light is intentional. “In the desert, we don’t simply look at the light,” Adams says. “We swim in it.” He uses a line from Mexican poet Octavio Paz’s piece “Piedra Nativa” as the epigraph for the score: “Close your eyes and listen to the singing of the light.” And the single word the choir sings over and over is “luz,” Spanish for light.

Visually, the sheet music is astonishing. Written for the five spatially separate ensembles, it’s massively wide. Seen in its entirety from a birds-eye view, it looks like a desert landscape itself — a drone photo of high-desert mesas and buttes. And as with “Become Ocean,” the score is a palindrome. Midway, it’s mirrored, and the notes begin again, backward.

In his essay, Adams says, “I’m not interested in telling you about my experience of the desert. Rather I hope that you may have a moving experience that is uniquely your own.” For the symphony’s Morlot, Adams music is “like the breathing of an animal, or like a pulse. Once it starts it stays steady.” He notes that while “Become Ocean” featured huge swells, ebbs and flows, “Become Desert” is about stillness and silence.

Halfway into the piece you may notice your body has lost all its defined edges. (At least that was the experience of this listener.) Washing over the hall, the strange, shimmery resonance of the music inspires a deeply meditative state — a sense of buoyancy and connectedness, a suspended sonic womb. Trumpets herald, but nothing ever arrives. Chimes ring like church bells, but time has stretched out into something unclockable.

In a 2015 interview with Musical Toronto, Adams says his program notes are getting shorter and shorter. He doesn’t want to direct your mind toward a desert or an ocean or anywhere else. “What I want is simply to discover a strange, beautiful, at times frightening place in music, bring that into the air, and then invite you, the listener, into that place to find your own way. . . and maybe if you’re really lucky, to get lost in it.”

Seattle Symphony presents the world premiere of “Become Desert” on March 29 and 31, 2018, at Benaroya Hall in Seattle.