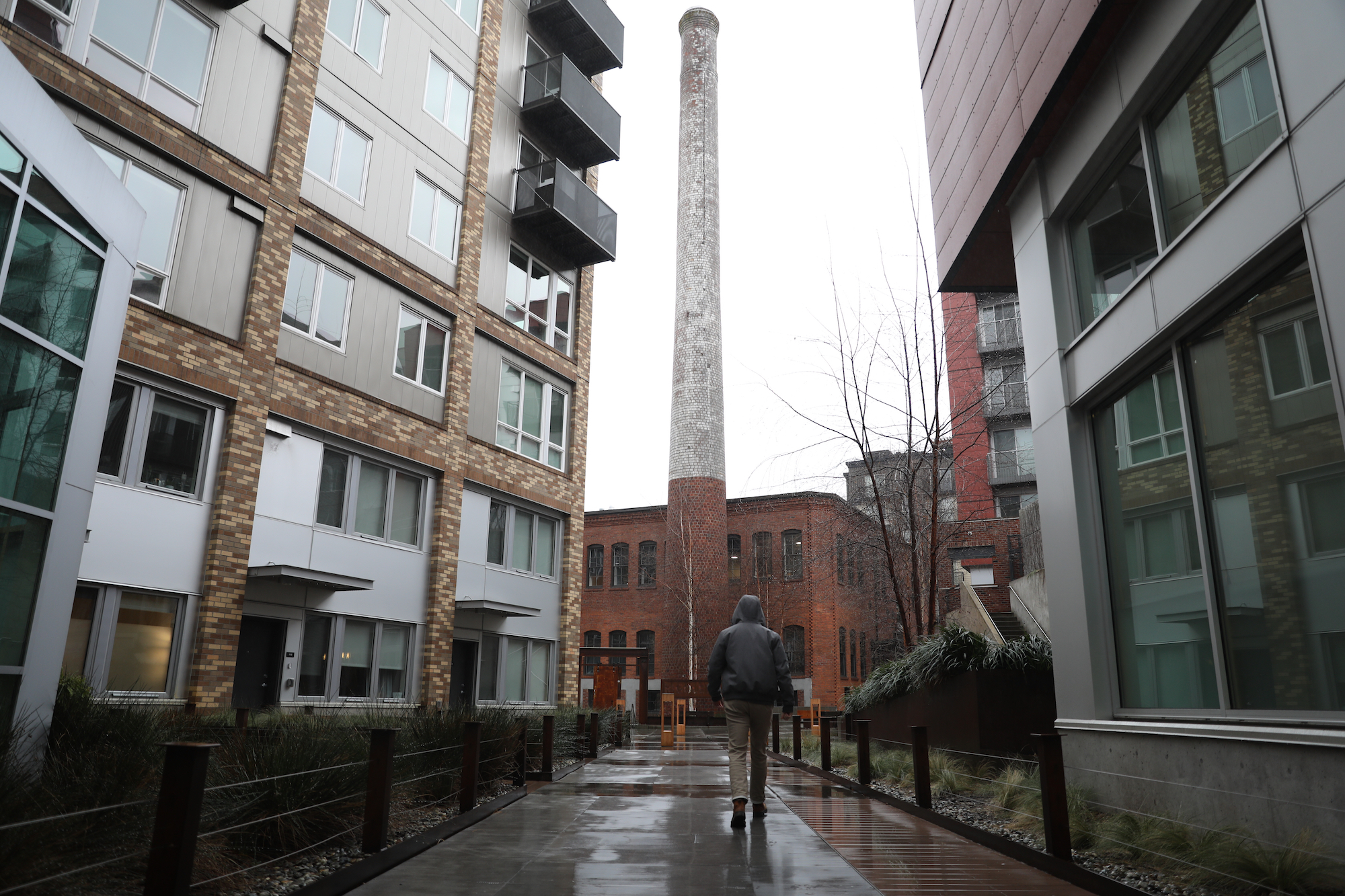 Online bidding for rentals — or eBay for housing, if you like — is rare in Seattle, but so was Uber and Airbnb once upon a time. Determined to not play the same game of regulatory catch-up, the Seattle City Council voted Monday to temporarily prohibit Seattle landlords from using websites that allow bidding wars for rental housing. Council members will evaluate the websites’ legality and potential impacts on the housing market then revisit the issue a year from now.

“Here we have the opportunity to be proactive, to be thoughtful and to think about how we fold in these new technologies into our regulatory system,” said Councilmember Teresa Mosqueda, the sponsor of the bill.

The one-year moratorium, which passed 8-0, is another in a series of local public sector reactions to Silicon Valley’s upending of labor, retail and, in this case, housing. The Seattle City Council has struggled in recent years to grant more labor rights to drivers with Uber and Lyft and to tax and regulate short-term rentals on Airbnb and HomeAway.

Rental bidding is the newest of the bunch, making serious inroads in April of 2017, when Rentberry.com expanded into more than 1,000 cities. The concept is just as it sounds: Landlords advertise a base price for a unit online, but potential tenants may offer more or less. The landlord then chooses a “winning” tenant. RentBerry — which dominates the new space, along with its competitor, Bidwell — charges 25 percent of the difference between the landlord’s base price and the winning bid. Tenants pay if in their favor; landlords if in theirs.

Alex Lubinsky, founder of RentBerry, sells the service as a real-time manifestation of the market forces that are driving up rental prices. The platform, said Lubinsky, 34, simply allows for a more transparent look at the bidding wars that are already happening behind the scenes. “Historically, the non-transparency actually made tenants pay more,” he said in an interview.

Additionally, RentBerry serves as a go-between for landlords, facilitating background checks and applications.

Roger Valdez, director of the fiercely pro-development/pro-landlord lobbying organization Seattle for Growth, said sites like RentBerry aren’t doing anything that isn’t already happening. “This is what happens to rental properties in scarce housing markets: they do get bid up,” he said. “It’s just a real time version of what’s going on all over the city.”

But it’s unclear how the bidding websites interact with Seattle’s newish “first-in-time” law, which requires landlords rent to the first qualified applicant in the hopes of cutting out discriminatory renting practices. Whether that is, in fact, the case will be part of what the city studies during its yearlong moratorium. The first-in-time law is currently being challenged in court.

Further, pro-tenant activists in Seattle and elsewhere fear the platforms could pit tenants against one another for the profit of the landlords. Although Lubinsky said housing on the platform has actually rented for 5 percent less than asking prices, in competitive markets like the Bay Area, initial results showed a 5 percent bump. Thanks to RentBerry’s mission and Lubinsky’s apparent penchant for seeking any press, positive or negative, he’s been compared to Martin Shkreli, the “pharma-bro” who jacked up the cost of life-saving AIDS medication by 5,000 percent.

Daniel DeBolt, a spokesman for the Mountain View Tenants Coalition, based south of San Francisco, told San Jose Inside, “Just because you can make money off the housing crisis, it doesn’t mean you should.”

RentBerry has expanded aggressively in a short period. Lubinsky said the company, with only 23 employees, has processed over 300,000 listing and just raised over $30 million.

The issue was brought to Councilmember Mosqueda’s Housing, Health, Energy and Workers’ Rights Committee by the Associated Students of UW, who passed their own resolution opposing the sites in November.

It’s unclear if or how rent bidding websites might affect the Seattle housing market: RentBerry had seven listings in Seattle last week, but none on Monday; Bidwell listed just over 50.

“I think a lot of it is a sign that our society treats housing as a straight up commodity and not a fundamental human need,” said Xochitl Maykovich, Political Director for the Washington Community Action Network. “It’s the same as putting some autographed baseball on eBay... You’re doing the same thing [for housing, which] people die if they don’t have? I think that’s a sign that our society is failing.”

Regarding the city’s law requiring landlords accept the first qualified applicant, Lubinsky is not familiar with the specifics. Still, he said he thought it wouldn’t conflict for the same reason a landlord can set parameters for who qualifies for an apartment. “There is no way in hell the landlord will be obliged to accept an offer from 20 people,” he said by way of example. Likewise, he believes a landlord has the right to accept certain parameters proposed by the tenant.

Lubinsky had harsh things to say to the Seattle City Council, castigating them for creating unnecessary work. “They get paid salaries,” he said, “so they need to do something so they show the effect of working.”

Valdez echoed the sentiment. “What always amazes me is that [the council] can look at something like this and go for the easy headline and neglect the basic underlying economics,” he said.

Thanks to an amendment from Councilmember Debora Juarez, the one-year moratorium could stretch to two if the council needs more time. In the meantime, officials from the Department of Construction and Inspections will be tasked with ensuring landlords do not continue to use the sites, according to Mosqueda.