Seattle pursues gun laws where it can — starting with safe storage 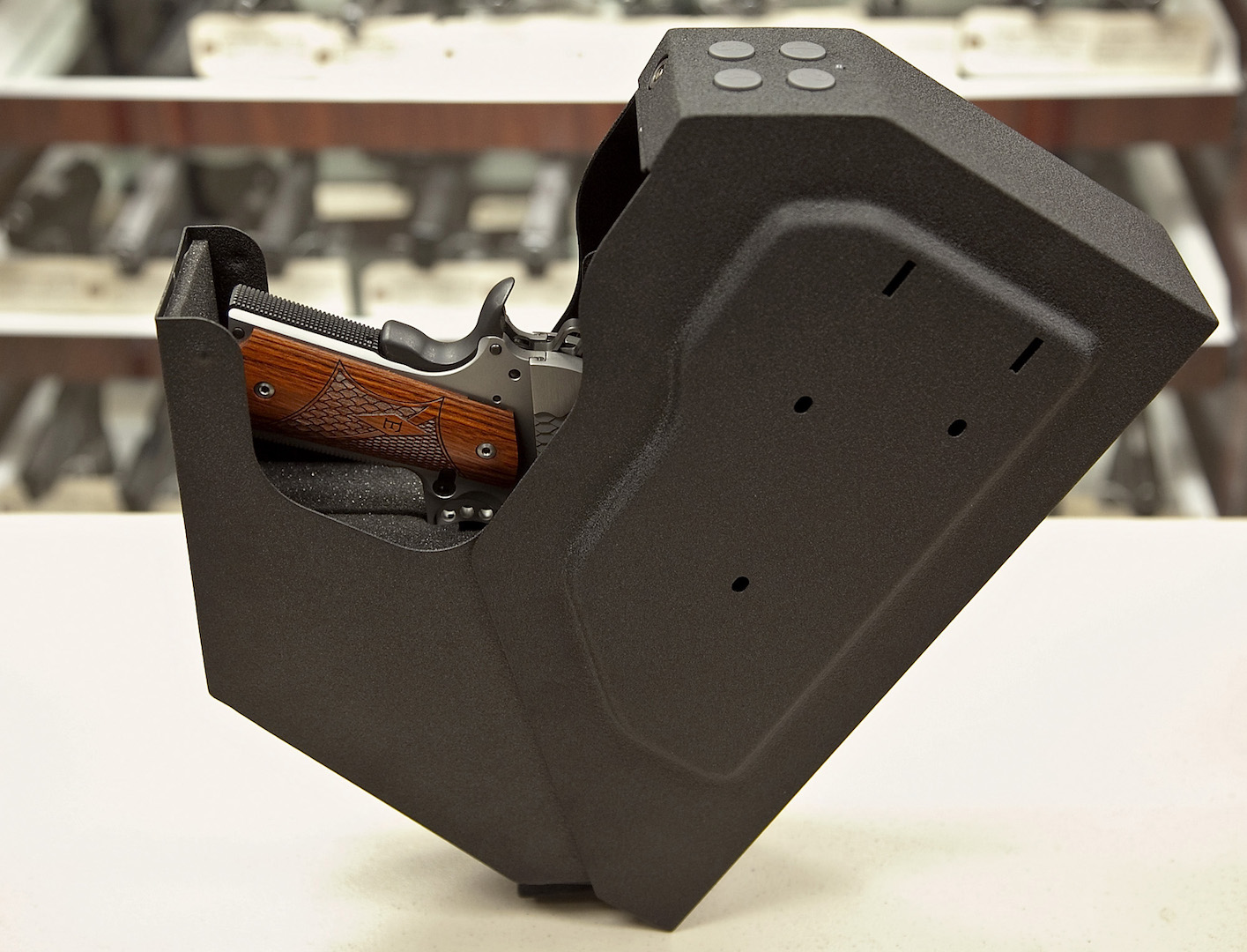 As much as Seattle may want to impose broad new controls on guns in its city, the reality is it can’t. State law, shaped with the aid of gun lobbying, bars local municipalities from acting in blunt terms: No banning assault rifles; no raising age limits; no expanded background checks.

But Seattle elected officials in recent years have developed a taste for exploring the gray areas of state and federal pre-emptions — think City Attorney Pete Holmes effectively decriminalizing pot even before a state initiative or the Seattle City Council passing an income tax or the effort to unionize Lyft and Uber drivers.

When it comes to gun safety, the new mayor and members of the City Council believe there are squishy areas where Seattle City Hall may indeed act. It’s just a matter of where.

“I simply refuse, as mayor, any more to be in the position where all I can tell grieving parents, brothers and sisters is that there’s nothing we can do,” said Mayor Jenny Durkan.

Inside Harborview Medical Center — often the final destination for victims of gun violence — Durkan and Seattle City Councilmember Lorena González announced Wednesday they would require gun owners to lock up their weapons whenever left in a car or home. The announcement, released before a backdrop of doctors, community members and police (including Seattle Police Chief Carmen Best), is more of a nudge than a shove in the direction of gun control, a necessary constraint to avoid losing in court. But in the wake of the Parkland school shooting and amid an unprecedented student-led response to gun violence, the proposals keep momentum behind newfound ambition for slowing the country's death count by bullet.

Still, when asked by a reporter if the move was symbolic, Durkan said no, that this measure will, in fact, save lives. In 2015, King County reported there were 150,000 unlocked guns in the county. In 2017, the Seattle Police Department reported 250 stolen guns.

Dr. Fred Rivara, a pediatrician and founder of the Harborview Injury and Research Center, said locked guns can reduce the odds of accidental death or suicide by 73 percent. Citing a study by the Secret Service, Rivara said 65 percent of school shootings were carried out by someone who got the gun from someone else. Locally, that was the case in a 2014 shooting at Marysville-Pilchuck High School that claimed five lives, including the student who committed the shootings.

González, who will introduce the bill to the Seattle City Council, said the details will be ironed out with City Attorney Holmes; city officials are well aware the new requirements could attract legal challenges and so, explained González, they want to be sure it’s as iron-clad as possible. Between the income tax ordinance and ride-hailing legislation, the city is fast learning how challenging and time-consuming it can be to defend boundary-pushing legislation.

But broadly speaking, anyone with a gun will be required to keep it in a safe when not on their person. Anticipating the backlash from those who will argue such safe-keeping defeats the purpose of self-defense, Rivara punched numbers into a gun safe, the door plopping open in seconds.

Enforcement will likely take place outside of the home, focusing more on the repercussions of losing a gun than on the storage itself. Penalties for not reporting a lost or stolen gun, which is already required in Seattle, will be increased. At one point, Durkan floated the idea that gun-owners may be held more liable for crimes committed by a weapon that was once theirs, comparing it to bartenders who are peripherally responsible for a DUI.

Initially, Durkan said “we’re not going into homes,” but when asked if police might follow up on a tip of unsecured gun, she didn’t rule it out.

Seattle for its part has found a couple gaps in the armor of the Washington State pre-emption: In 2015, the City Council passed a tax on guns and ammunition sold in the city limits, with the revenues going toward gun-violence research at Harborview. After surviving court challenges, the tax raised just under $100,000 in 2017.

The City Attorney’s Office and the Seattle Police Department have specific teams to address domestic violence, including removing guns.

And in 2013, the council financed research into gun violence that concluded people with gunshot wounds are 30 times more likely to return to the hospital later.

Although state lawmakers banned bump stocks — devices that allow semi-automatic weapons to behave like automatic weapons — in its last session, the newly Democratic-controlled Legislature did not ban assault weapons or raise the age of someone who can purchase a gun, a disappointment to gun-control advocates.

Washington state, however, did recently begin its voter-approved Extreme Risk Protection Ordinance, which allows concerned family members to petition a court to remove a person’s guns for a year. In Seattle, that’s been put to use 18 times since July 2017.

The mayor and the council will spend several months honing the most legally sound version of the bill they can muster, building it around community conversations with gun owners and other community members.

Even in the liberal-enclave of Seattle, Durkan said several times she believed in the Second Amendment. But she said she does not believe that prevents the city from enacting certain safety requirements.